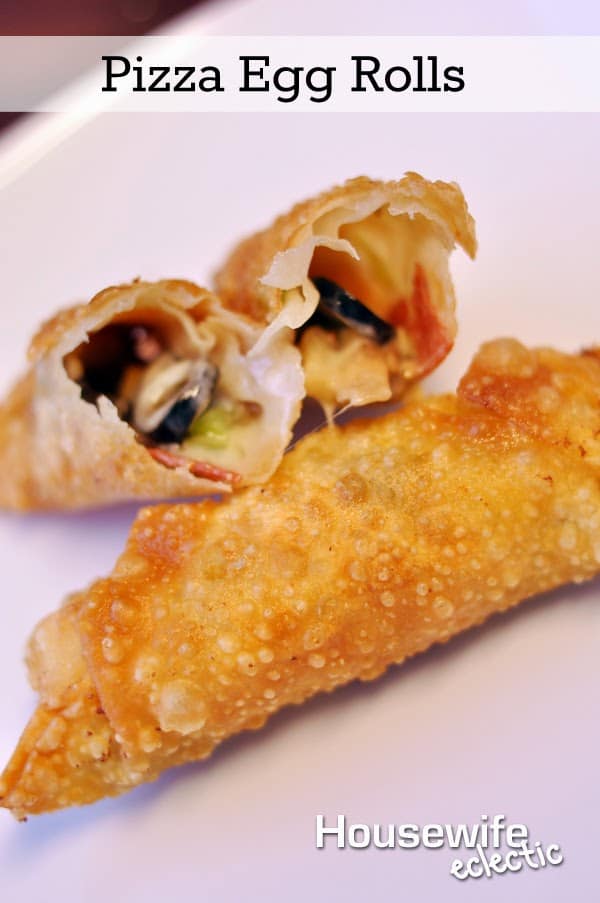 What would happen if you took two legendarily unhealthy foods and combined them? No, I’m not talking about the freak of nature turduken, or bacon donuts, it’s something even better: pizza egg rolls.

That’s right, the deliciousness of pizza tucked inside a flavor-packed egg roll wrapper. It was something I’d daydreamed about for weeks before gathering up the courage to try it. After all, if it was horrible, would it ruin pizza and/or egg rolls for me?

Thankfully, the pizza egg rolls turned out incredible! In fact, they are in contention for one of the top three places among the many different egg roll concoctions we’ve tried on this blog this year. And the best part? They’re fast and easy.

One of the frustrating things about homemade pizza is the time it takes to prep the dough. Plus, getting the right ratio of toppings to crust can be challenging, often resulting in a heavier than anticipated pizza. But pizza egg rolls eliminate both problems, making an already portable meal even better. 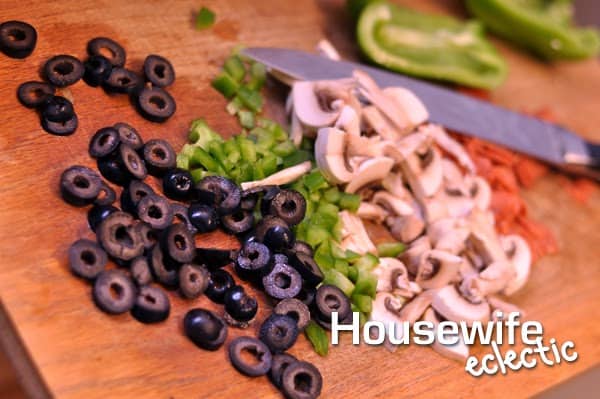 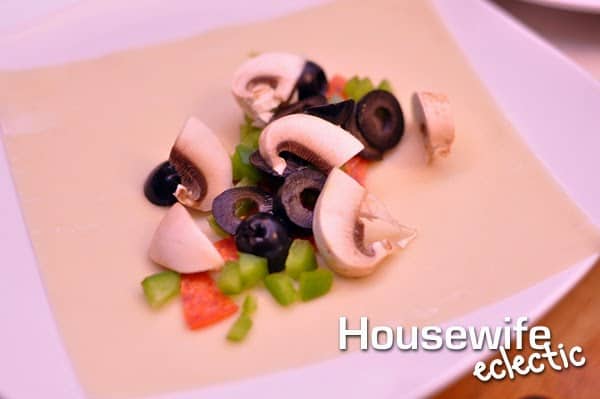 In all honesty, pizza egg rolls resemble more of a calzone than a pizza, but they are delicious. The crispy egg roll wrapper works as a perfect, light crust. Because cheese is downplayed, the toppings have the opportunity to shine. And serving with room temperature or cold marinara sauce offers a nice contrast to the usually hot pizza sauce.
Seriously, these are some of the fastest egg rolls to create, perfect if you want to try egg rolls but are afraid to make the plunge into a food that can seem daunting. They’re a hit with kids and adults. We’re fast approaching party season (New Years, Super Bowl, March Madness, etc.) so give these egg rolls a try at your next party. Or don’t and eat them all yourself. It’s OK, we won’t tell.