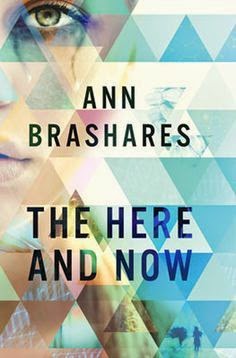 In a word full of plagues, food shortages and death, Prenna James is part of an immigration not to another place, but another time. The immigrates arrive in New York in 2010, and must do everything they can to keep themselves inconspicuous as to not change the course of the future. Prenna struggles to fit in, and when she meets Ethan, the rule of forming no close relationships outside of the community seems impossible to keep.
In the beginning I really liked the premise of The Here and Now. Usually when we think of the future, we liked to think of all the crazy new technologies we will have, this book paints a future that bleak and full of death and hunger. It was interesting to have almost a dystopian society set right in the middle of modern day America.
I loved the direction the book was headed, when Prenna and Ethan decided to take the fate of the world into their own hands, but then the book completely stagnated. Instead of the time needed to build suspense and character, we got pages of card playing, swimming in the ocean and all you can eat buffets. Who goes to the beach when they are trying to save the world? Apparently Preena and Ethan. The important parts felt rushed and the fluffy parts were drawn out.
Overall I liked the idea of The Here and Now, but the execution of it was really lacking. It is a short, easy to read book, but don’t be too surprised if it doesn’t quite live up to expectations. 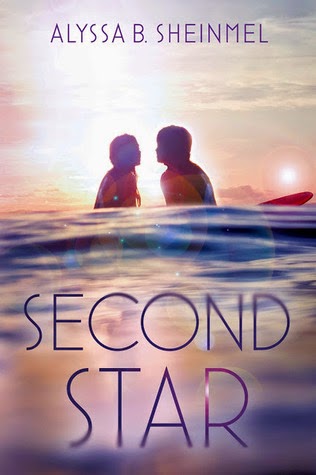 Michael and John Darling, Wendy’s 16-year-old surfer brothers, have gone missing. Everyone believes them dead, but Wendy is convinced if she just searches enough beaches that she will find them. During her searching she meets Pete, a carefree surfer and Jas, his drug dealing ex-best friend, and nothing will ever be the same.

Second Star is a beach filled, surfer version of Peter Pan. The only pixie dust is a drug that Jas deals to earn money and Belle is Pete’s ex-girlfriend. Wendy is a straight A student who is Stanford bound, but can’t quite come to terms with the fact that her brother’s are gone. As a story I really liked this book, it captured the beachy summer feeling of California perfectly and had be longing to spend some time on the water. As a Peter Pan retelling, I didn’t love it quite so much. I found myself comparing the characters to their counterparts too much and being frustrated when they made decisions I didn’t think the original character would make, especially Wendy. It was one thing to see Peter Pan and the Lost Boys survive on Neverland, it was another thing to watch them break into someone’s house for food.

I was surprised by the Pete, Wendy and Jas love triangle and hated how fast she seemed to flip flop between the two of them. Although, I felt like her reasoning for switching between the two was more thought out than most love triangles. Both Pete and Jas are slightly stalkerish and Wendy is slightly whinny, making none of them truly memorable characters.

Overall, I did enjoy Second Star, I felt like it handled her grief and journey to find joy really well, without being too weighed down by the grief itself. It was a fun, light and easy read, one that I would recommend to anybody who loves a retelling. 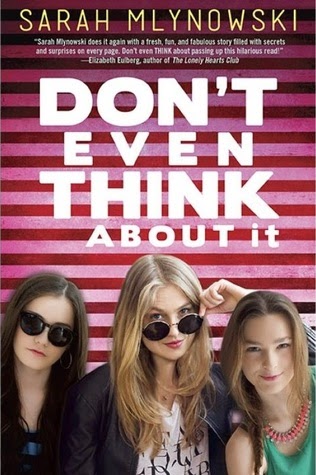 For the kids in Homeroom 10B at Bloomberg High School in New York City, the flu shot should have been a routine poke in the arm, but something are never simple. After receiving contaminated flu shots, a entire classroom of high school students can now read each others and everyone else’s minds.
This book wasn’t what I expected at all. I expected conspiracy theories and a whole lot more sci-fi, instead it was more like Sweet Valley High on steroids. Kids used their new telepathic powers to cheat on tests, find out if people wanted to date them and other secrets. For any other book, I probably would have found the pettiness of it all really annoying, but Don’t Even Think About It was actually pretty witty. The entire book was predictable, but sometimes I think everyone needs an easy read.
As for being written for a young adult audience, I felt like it had too many f-words for me to feel comfortable recommending it to any teenager without getting their parents made, but overall it was a fun read.