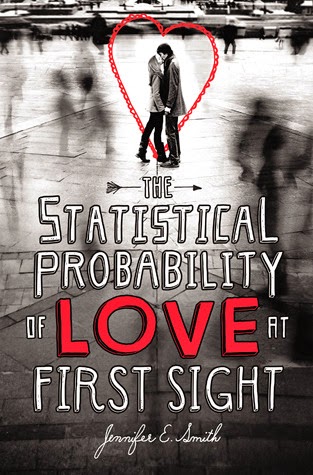 Who would have guessed that four minutes could change everything?


If any number of things had gone differently, 17-year-old Hadley wouldn’t have missed her first flight to London, but missing her flight changed everything. Hadley is headed to England for her father’s wedding to the “other woman,” something she is frustrated and angry about when she misses her flight.  While waiting for the next flight she meets Oliver, who is witty and honest and makes her feel better about being nervous to fly. They get to know each other over the course of the flight, but when they get separated at customs, Hadley is pretty sure she is never going to see him again.

I absolutely loved this book. The entire book takes place over the course of 24 hours, something I thought would make it feel rushed and incomplete, but it was the exact opposite. It tackled serious issues such as divorce, death and adultery while be honest and fresh. I really enjoyed the characters and the fun dynamic that they shared between them, and even though the book takes places over such a short time span the relationship built on itself really well.

Even though the romance portion of the book is the underlying story, I loved that there was so much more to this book. Hadley is dealing with her dad leaving and remarrying and her mom dating too. A lot of the story is told in a serious of flashbacks, that help you understand Hadley’s feelings in the current day. The book wraps up very neatly in the end, but I didn’t feel like the happy ending it was out of place.

The Statistical Probability of Love at First Site is a light, easy read that was simply a feel good, happy book. It was the perfect book for a bad day, you simply can’t read it without smiling. 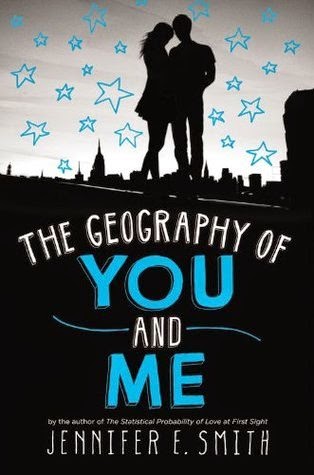 When the elevator stops between the 10th and 11th floors of their apartment building during the NYC blackout, Lucy and Owen become friends thrown together through odd circumstances. They spend the dark night exploring the city and eating melting ice cream. The spend one night marveling that New York does have stars above it before being flung far a part, but it is still a night they both of them can’t seem to forget.

The first thing I wanted to do after I finished The Statistical Probability of Love at First Sight was read another Jennifer E. Smith book. It was so cute and happy that I picked up The Geography of You and Me less than an hour after I finished the first one. At first I was kind of disappointed, it seemed like the same story, boy and girl meet after being forced together in a small place for a certain amount of time, but that is where the similarities ended.

Shortly after meeting, Lucy moves to Scotland and Owen moves out west with his dad. They communicate usually only through brief postcards that they mail each other with silly sayings on them and they both try to move on in other relationships. I was surprised how much I loved a book in which the two main characters spent most of it away from each other. I liked watching the characters work through their own feelings and problems. It felt more real that way.

“If you were to draw a map of the two of them, of where they started out and where they would both end up, the lines would be shooting away from each other like magnets spun around on their poles. And it occurred to Owen that there was something deeply flawed about this, that there should be circles or angels or turns, anything that might make it possible for the two lines to meet again. Instead, they were both headed in the exact opposite directions. The map was as good as a door swinging shut. And the geography of the thing- the geography of them- was completely and hopelessly wrong.”


The book is of course, idealistic and sweet, but that is what makes it so charming. I really liked it as a carefree easy read and reading this book was the first time I was glad I had read Bartleby the Scrivener, now that is something.