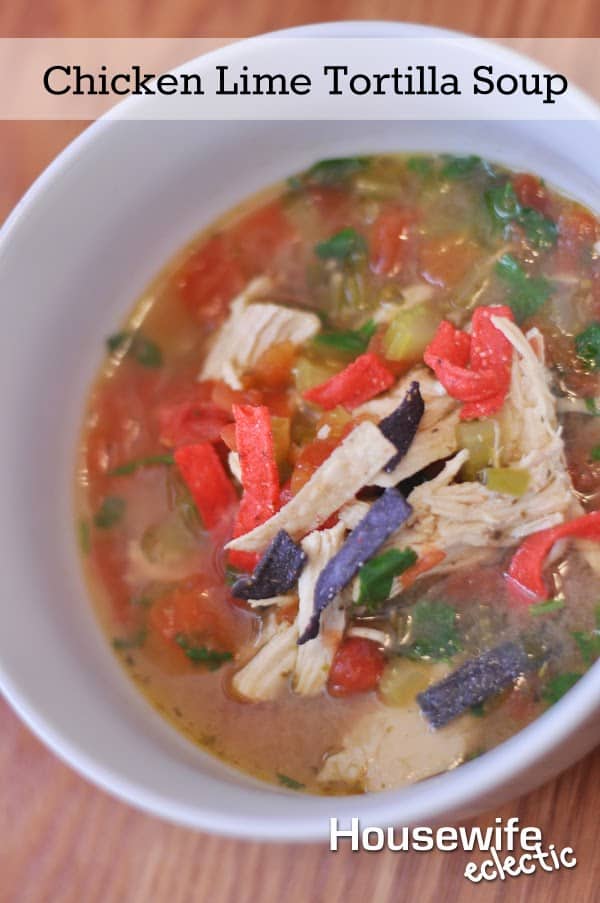 Happy Cinco de Mayo! What could be greater than a holiday that gives you an excuse to eat the most delicious food on the planet? Nothing, I dare say.

There are a lot of ways you can celebrate Cinco de Mayo, but why not try something authentic? We used to live in deep South Texas, right next to the U.S.-Mexico border, and we were spoiled with incredible Mexican food. It was fresh and authentic. We haven’t found a single restaurant that’s as good since we moved away three years ago. So we’ve had to make our own recipes.

One thing that I really loved in Texas was the soup. It was sometimes scary because you never knew quite what would end up in a soup, but there was something comforting about the soups that just felt like home.

This Chicken Lime Tortilla Soup is about as close to an authentic soup as I’ve had. And it’s super easy to make.

So many authentic dishes are genuinely difficult to make without knowing the secrets, but this one is easy to make, with minimal prep time. It’s definitely a great way to celebrate Cinco de Mayo.