Shortly after our car accident, my three-year-old began having nightmares that I was hurt. In an effort to help calm the nightmares, we decided she needed a doctor kit. After looking at a million toy kits, she was always unhappy that she wouldn’t be able to hear real heartbeats with the toy stethoscopes. We decided we could make a bag with real things that would be way more fun. 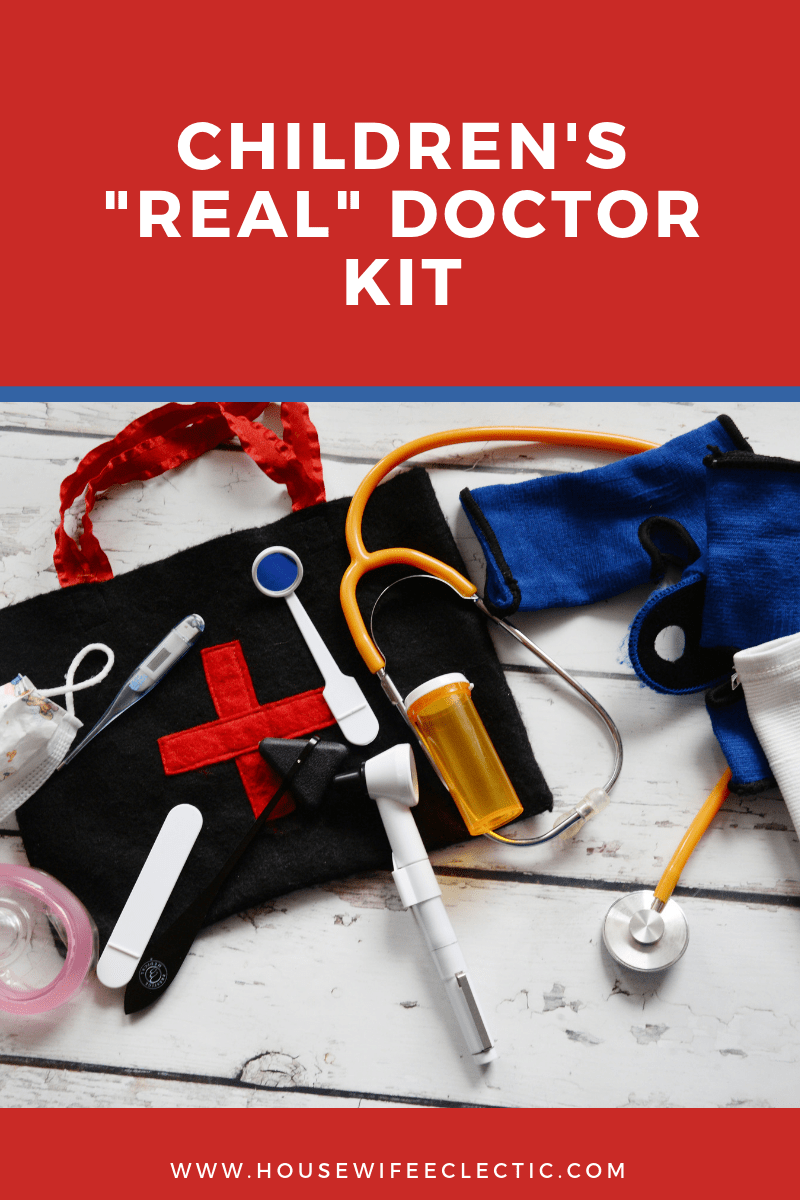 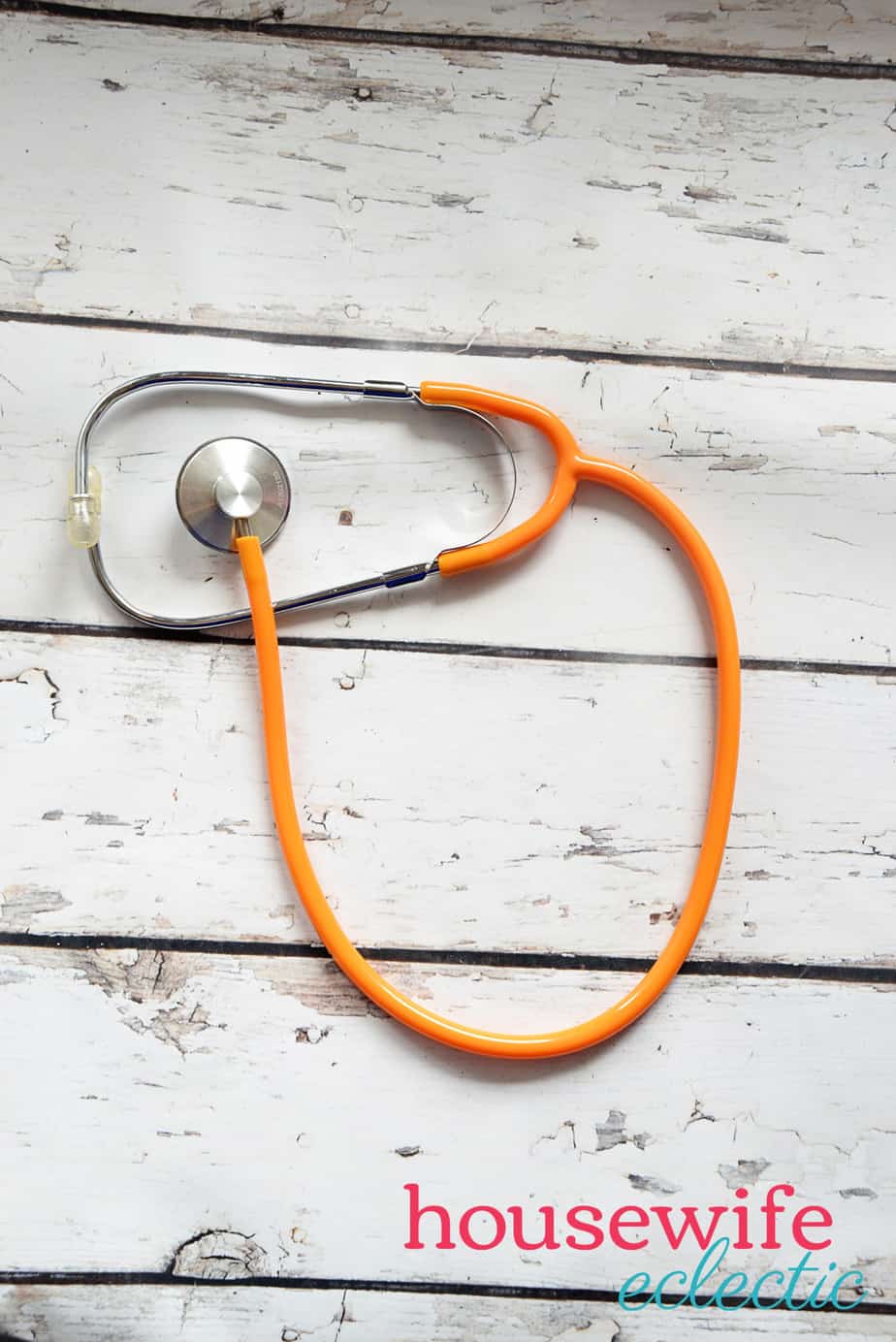 The first thing I did was order a real stethoscope from Amazon. I bought this one here, for about $6.50. It is perfect, not very expensive but you can hear your heartbeat just fine. 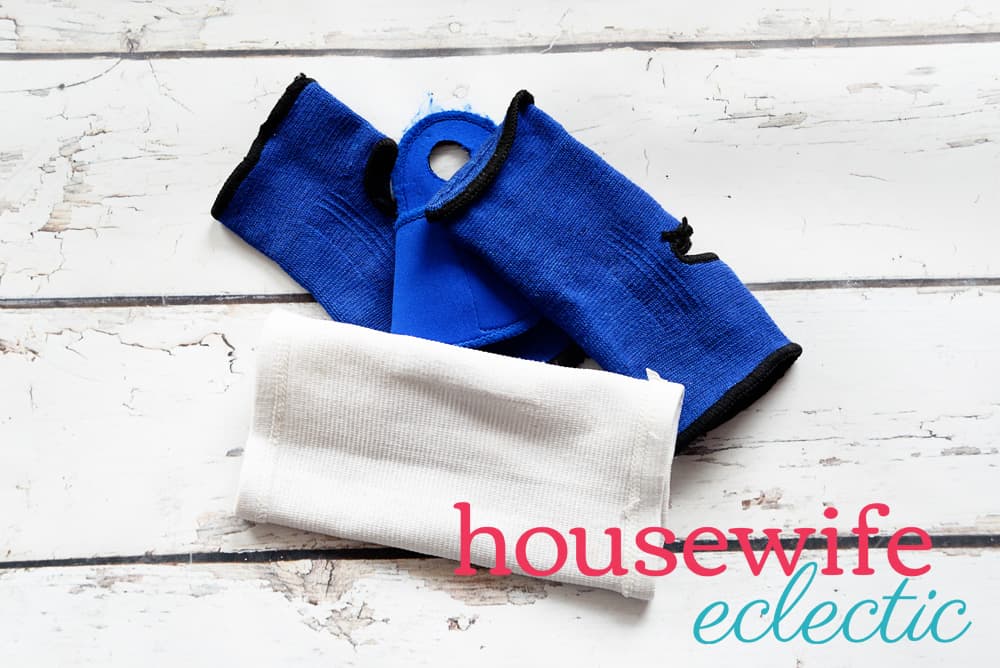 At the dollar store, I found an Ace bandage, a wrist guard and a little notebook for her to write her diagnoses in. I had an old digital thermometer that is out of batteries that I included, but I did see thermometers at the dollar store as well. I included a sewing measuring tape so she could measure her patients and a roll of stickers to give them when they behave. 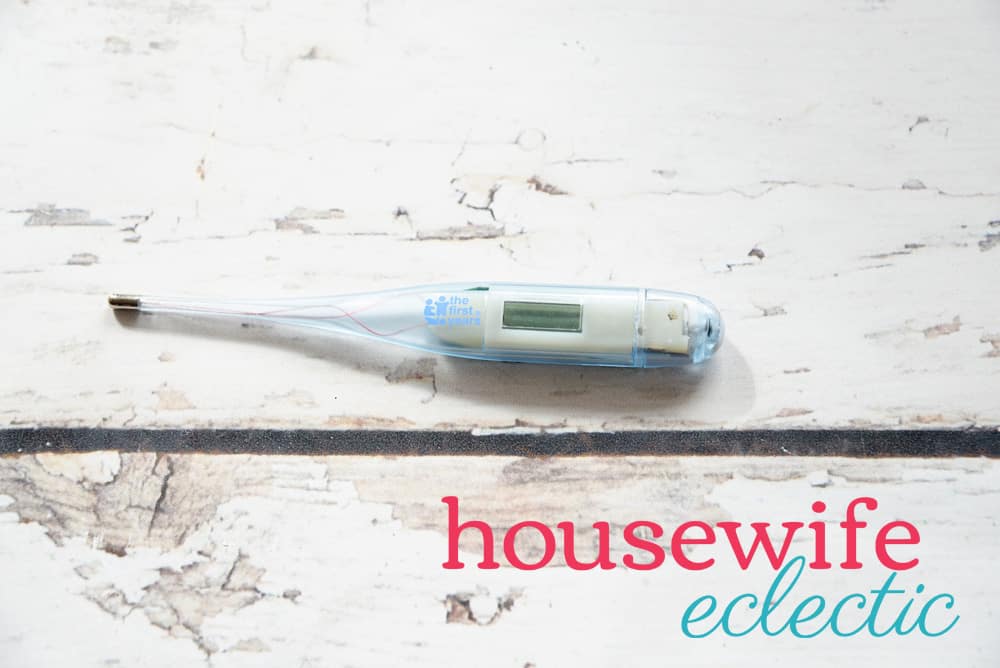 I made a shot, reusable wooden band-aids, as well as a doctor’s bag.

Some other things I purchased for this kit. 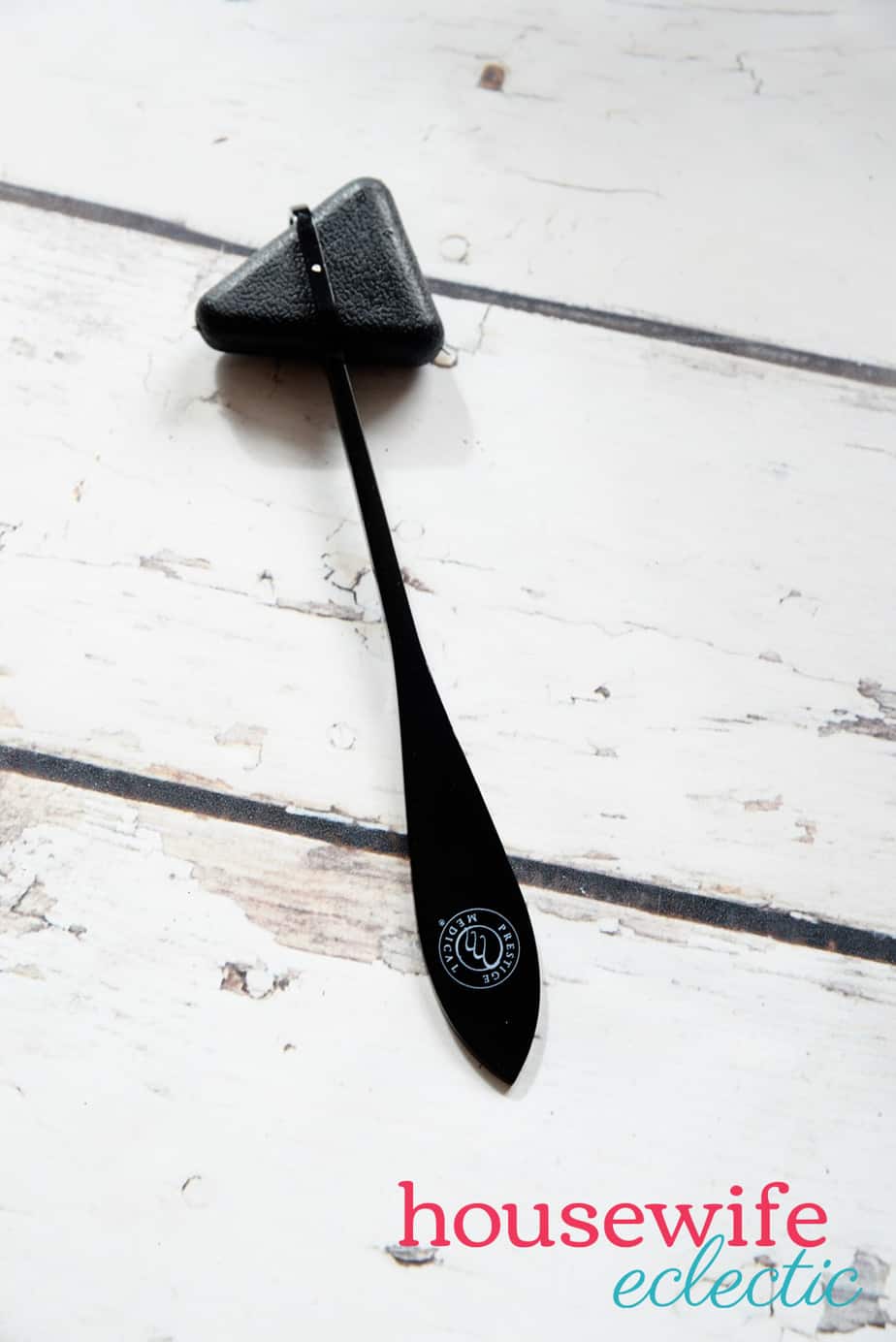 A real Otoscope! It really isn’t that expensive and it is SUCH a cool toy. I don’t recommend this piece for really young children or kids that would be tempted to shine light into everyone’s eyes. 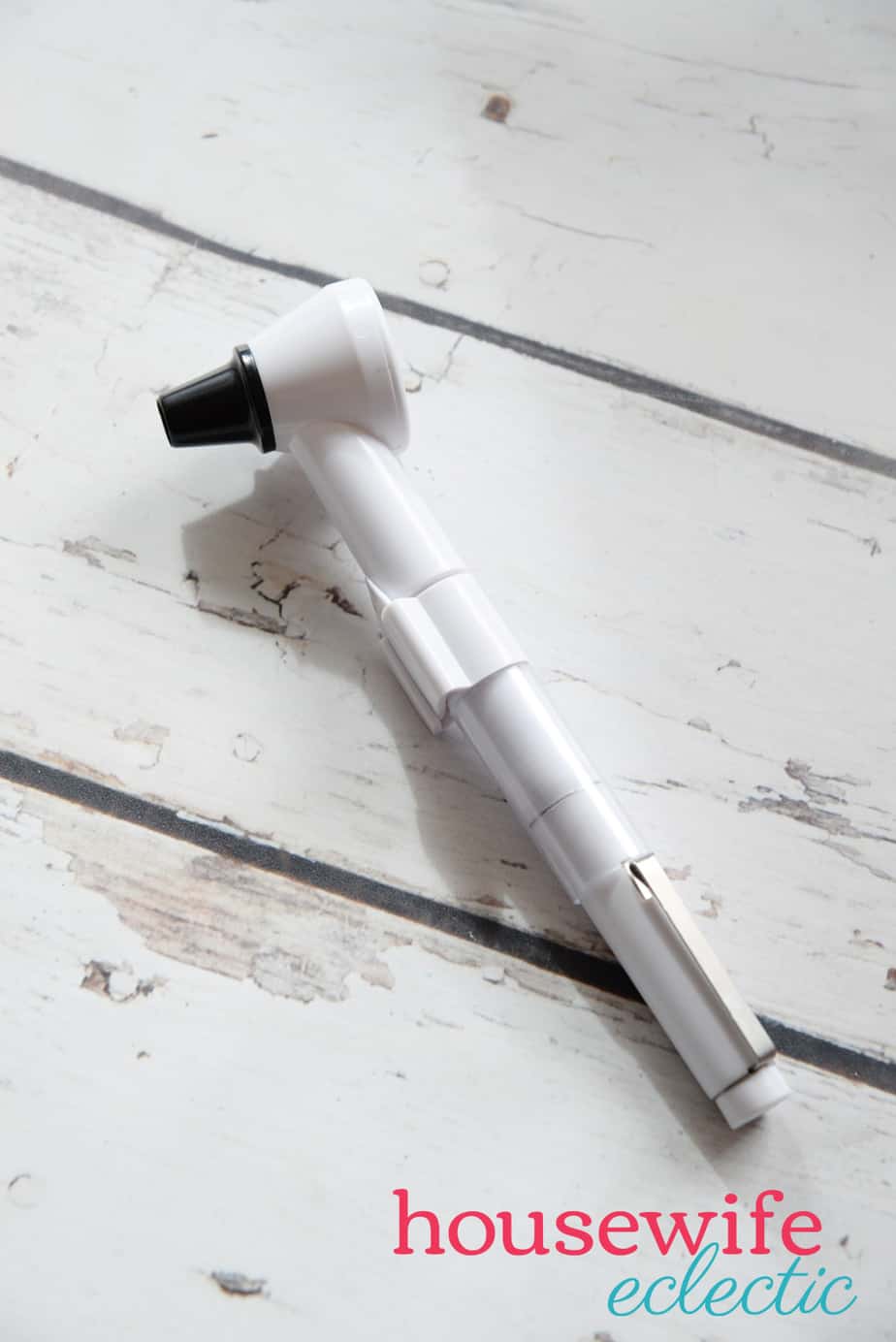 I also washed out some old prescription bottles to add to her kits. She loves putting stickers in the bottles and then using the stickers as medicine! 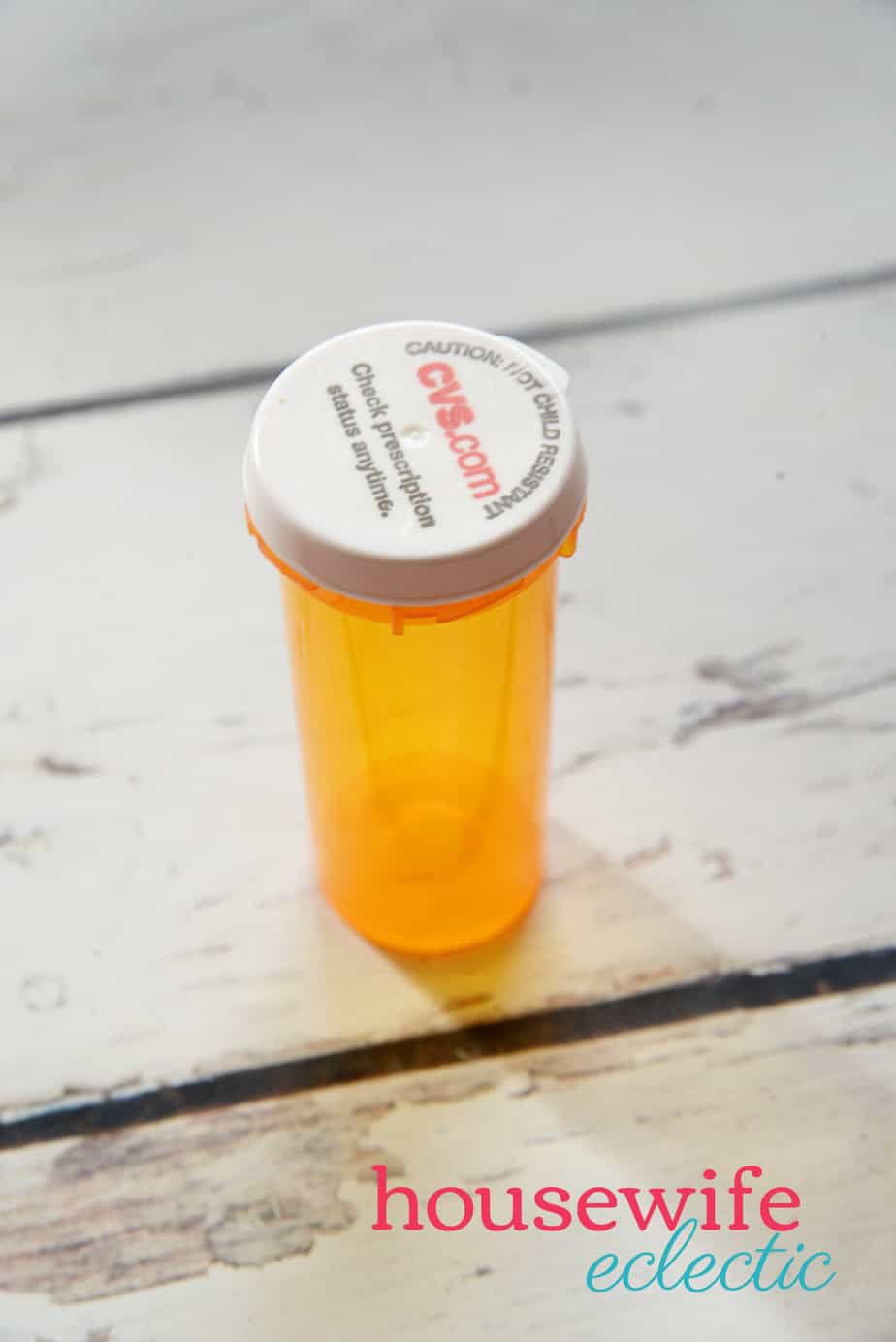 We also added surgical masks, caps and an oxygen mask from when my daughter had her tonsils out! 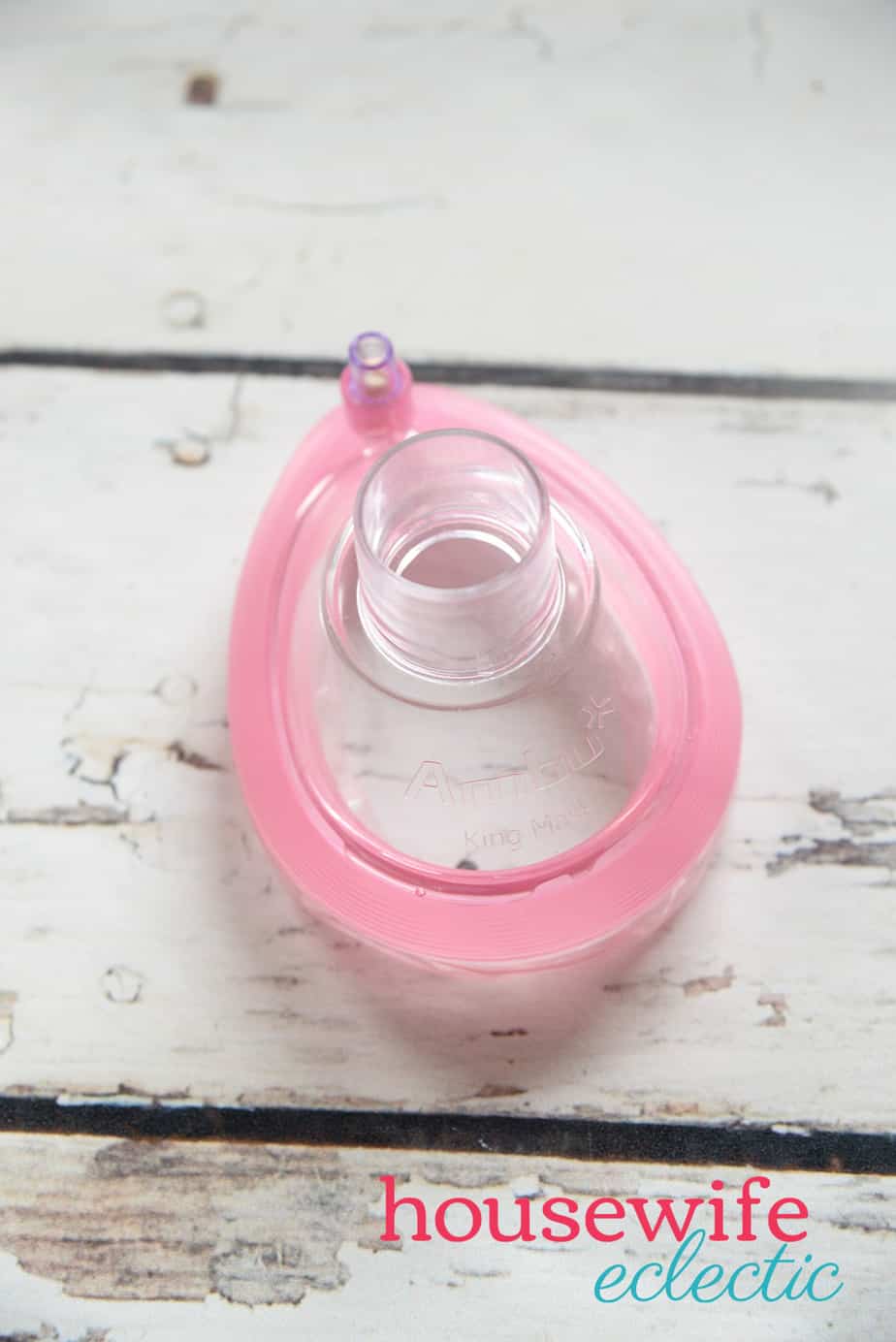 She was so thrilled with the kit. We play doctor at least once a day and the stethoscope goes pretty much everywhere with us. This kit has been a hit even with the older kids. The older kids can’t get enough of the real bandages and the chance to hear their own heartbeat.

I love this kit. I really feel like it fosters great imaginative play and it provides me with plenty of teaching moments with my daughter. We have so much fun using it together. My girls are still playing with this kit more than five  years later!