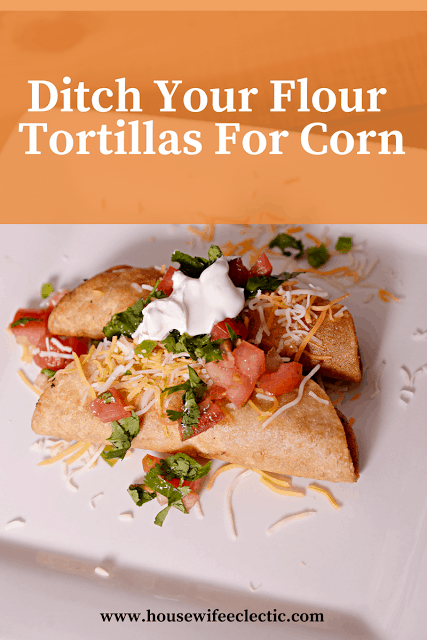 If you’re unfamiliar with corn tortillas, they are much smaller and denser than their flour counterparts. There are different options of corn tortillas, including yellow corn and white corn. While both are good,  my family prefers the white corn. One of the potential drawbacks to corn tortillas is they are often more brittle than flour tortillas, so you may need to double up on the tortillas or put in less filling. But the added flavor is worth the slight nuisance. 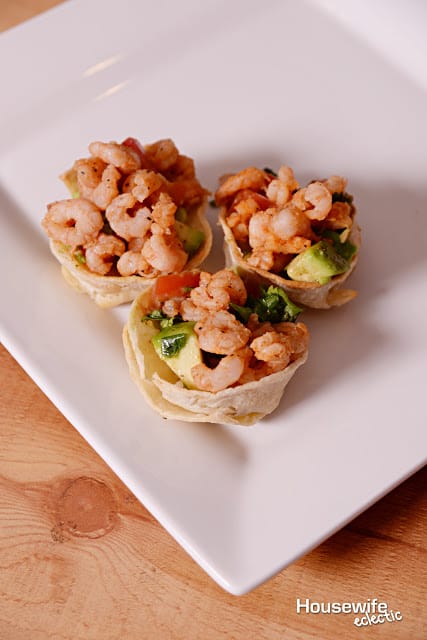 Don’t be Fooled by the Smaller Size

The smaller size is one of the appeals of corn tortillas. While you can get smaller brands of flour tortillas, like taco or fajita, the standard size is catered more toward burritos or enchiladas. This is great when you’re making those meals, but can feel too large and cumbersome for tacos. Corn tortillas are perfect for a taco. The math is also in your favor with corn tortillas. You can eat four corn tortillas to two flour tortillas, and still usually come away consuming fewer calories.

Speaking of nutritional value, corn tortillas top flour tortillas in many aspects, including:

Besides being smaller, corn tortillas pack some serious flavor. The enriched flour tortillas are, well, kind of boring, in a way white bread is boring. Yes, it’s familiar, but it’s lacking in flavor. On its own, a corn tortilla isn’t particularly tastier than a flour tortilla, but when it’s combined with other ingredients, the flavor of the corn tortilla joins in as its own distinct and powerful flavor. Plus, when you think of authentic Mexican food flavors, part of that authentic taste comes from the use of corn tortillas.

More Tortillas for Everyone 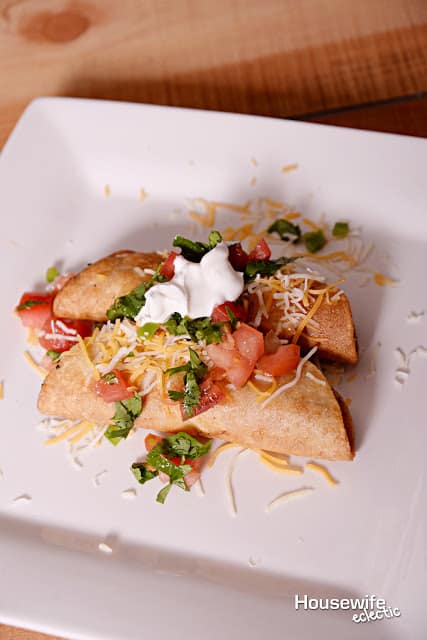 Perhaps the greatest thing about corn tortillas is what happens when you deep fry them, making tasty dishes like taquitos. While fried flour tortillas are darn tasty in their own right, fried corn tortillas are amazing! The tortilla transforms into a firm, crispy, flaky shell that is really ideal for the hand held nature of taquitos. Plus, corn tortillas crisp up really fast in oil. Mmm, my mouth is watering just thinking about it.

Want to make your own homemade tortilla chips? Cut corn tortillas into quarters and deep fry them until they crisp and turn a golden brown. Place the chips on a paper towel lined plate and sprinkle with salt. They are not healthy at all and full of calories, but they are delicious!

You may need to check the packaging to be sure, but most corn tortillas are gluten free. By switching from flour tortillas to corn tortillas you can still enjoy your favorite Mexican food dishes. This is a huge win for people who struggle to find delicious gluten-free options.

OK, I’m Starting to Be Convinced, Now What Do I Make?

Give it a try! It may take a bit to get used to at first, but try those BBQ taquitos and you’ll be hooked.