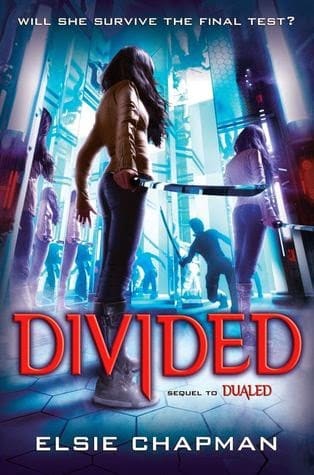 West Grayer will never have to kill again. She has defeated her alternate, a genetic twin that everyone in Kersch faces in a battle to the death. She is no longer an assassin and she should be able to move forward with her life, but The Board has other plans for her. Promising her that her children will never have to kill their alts, West agrees to strike against three more targets, but will The Board just let her walk away when she is done?

Divided, addressed a lot of the frustrations I had with Dualed. I wanted more background and history on the world that West Grayer was living in and we finally got that with this book. I love that West is a strong, independent character, but it also drove me a little crazy. I had trouble always understanding her motivation and I wanted to yell at her to communicate with the people around her. It is usually her unwillingness to let other people in that gets her in so much trouble in the first place. ‘

I felt like the action was very well written. It was intense and gripping. Some of the scenes were really clever, something I hadn’t seen a variation of before. I loved that West wasn’t invulnerable, but was still a strong contender.

I also feel like the romance was better in this book. I really like that Chord and West have their issues and opportunities to work them out. I feel in so many books everything little thing seems to be a deal breaker for the main relationship, just to drag out the drama more. I don’t feel that way with them at all, they seem more real and can I just say thank heavens for books without love triangles?

Overall, Divided and Dualed aren’t my favorite dystopian books I have ever read, but I was engaged enough that I will definitely pick up the next book. 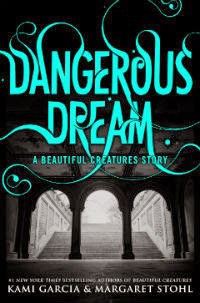 Link is one quarter incubus setting out to make in big in New York City, Ridley is a siren who uses her powers to entrap people and get them to go what she wants. They were made for each other and a whole lot of trouble.

Dangerous Creatures is a sort of bridge between the four books Caster Chronicles and the new spin off series featuring two of the side characters from the original series. I have to admit, I usually read spin off books just because I loved the original series, not this time. Ridley and Link were my absolute favorite characters in the first series. I liked Ethan and Lena and their story compelled me to read all four books, but it was the side story of Ridley and Link that really brought them to life.

Dangerous Creatures is the perfect short transition between the two. It starts off familiar with Ethan narrating the story in Gatlin, before it moves forward with Link and then Ridley each narrating portions. It is just enough to remind you how much you like these characters even though they are “bad,” and leaving you wanting more. I think I am going to like this series more than the first!