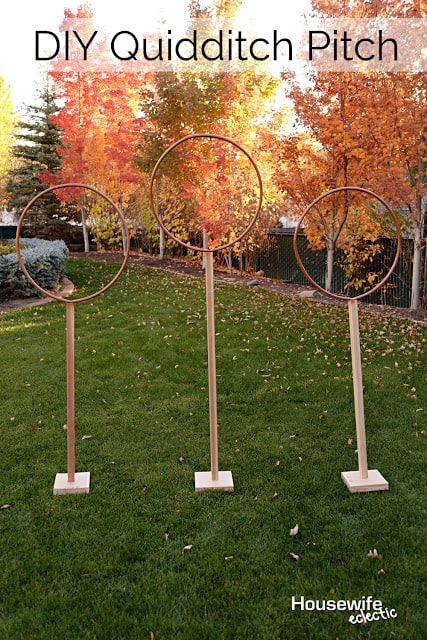 One of the most magical moments in Harry Potter for me was when he first learned to play Quidditch. Learning about the Quaffle, the Bludgers and that little Golden Snitch really made the Wizarding World that extra bit of fun. I have never been much of athletic person, but I have always wanted to play Quidditch. When my daughter requested a Harry Potter party for her birthday this year, I knew that it was time to live out my Quidditch dreams.

One of the activities for the party is going to be real live Quidditch. I mean, as real live as Quidditch can get when you can’t actually fly on broomsticks and the Snitch doesn’t fly on its own, but I am pretty sure watching kids run around with broomsticks is going to be pretty stinking fun anyway.

For a full Quidditch Pitch (6 Hoops) you will need: 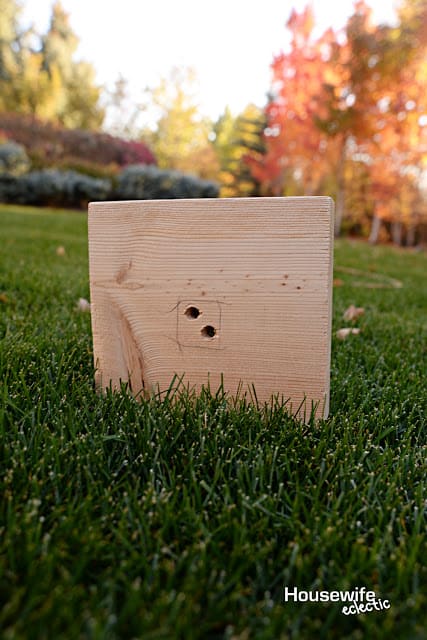 Drill two holes in the center of each of the bases. You want to countersink or drill the holes about half way through the piece of wood. This way when you drill the screws into the 2x2s, they won’t stick out and make your Quidditch hoop wobble. After each of the bases have pilot holes, screw the bases and the 2x2s (long pieces) together. 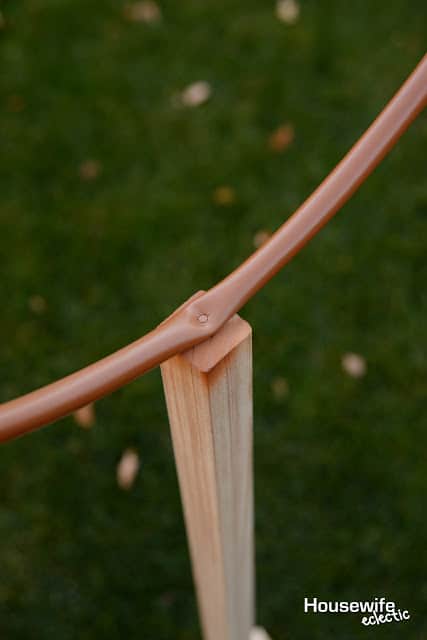 Nail a hula hoop to the top of each 2×2. I have found that the easiest way to do this is to push the nail through the plastic of the hula hoop before you nail it to the wood. It makes it so the hula hoop doesn’t slip around when it is being nailed in.
Spray paint the hula hoops brown to give it all a more uniform look and you have a Quidditch pitch! We plan on laying a sand bag on each of the stands to make sure it doesn’t fall over during heavy play, but we have also talked about drilling a couple of extra holes through the bases and staking them down. It isn’t necessary to stake them, they stand up well on their own, it just might make it easier if you are playing on an uneven surface. 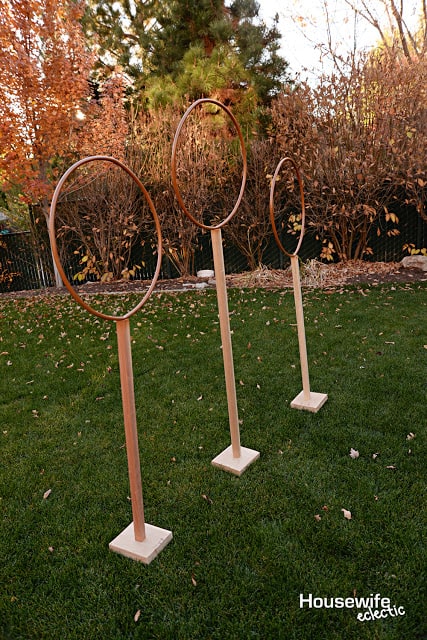 My daughter is absolutely thrilled with how the Quidditch Pitch turned out and keeps asking if it is time for her party yet.

Here is what you will need to play Quidditch:
broomsticks (see how I made affordable broomsticks here.)
Quidditch hoops
a quaffle (a slightly deflated volleyball works great!)
2 bludgers (Bludgers in our case will either be foam balls or balloons)
1 Golden Snitch (a golf ball painted gold)

Here are some guidelines to playing Quidditch on the ground. 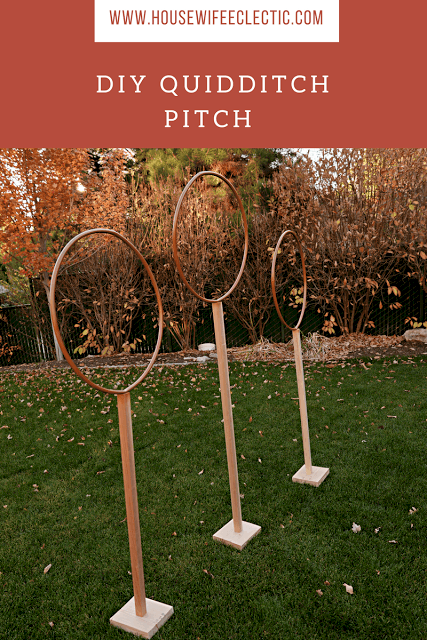 Now, tell the truth, would you play Quidditch?