“This post was sponsored by Lionsgate as part of an Influencer Activation for Influence Central.” 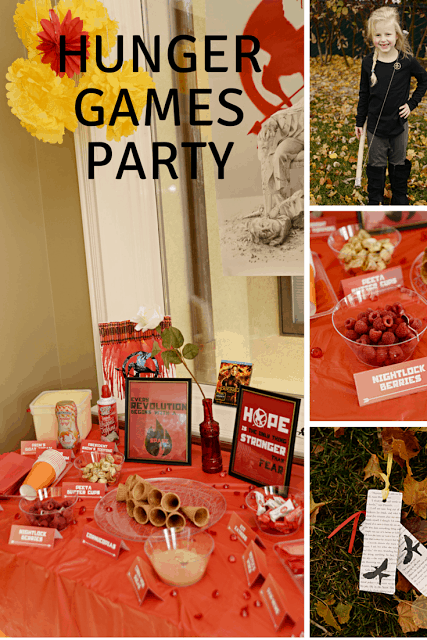 I can’t believe it is here. This weekend we get to close a chapter on the Hunger Games and I am so excited I can hardly stand it. Katniss will embark on a dangerous journey from District 13, with Peeta, Gale and Finnick to attempt to assassinate President Snow. It is a journey that could liberate the citizen of Paneem from tyranny, but what will be the personal cost to Katniss? 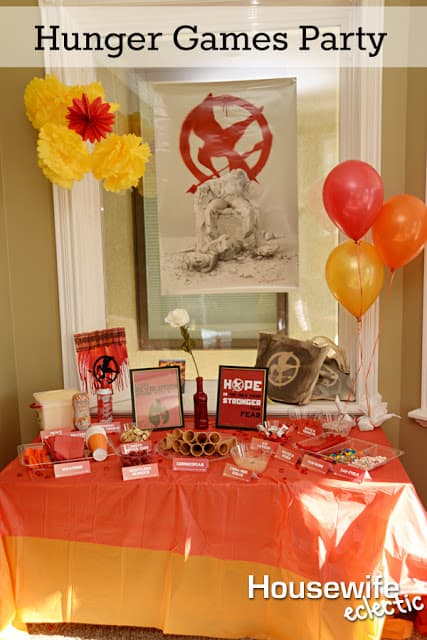 I have been amazed again and again at the Hunger Games movies. I always want the movies to turn out the way I see them in my head and for once a series has been able to do that. The Hunger Games movies have been breathtaking and fantastic. This year we wanted to hold a party to celebrate the last movie, which happened to coincide with my sister’s 13th birthday, so it kind of turned into a party for her. 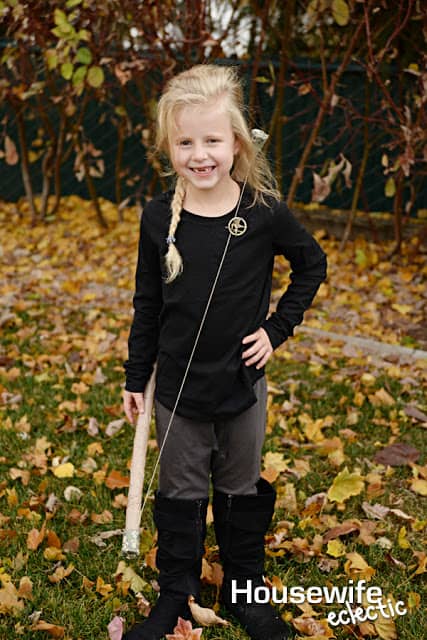 When I started party planning, my 6-year-old thought it was completely unfair that last year the baby got to dress up as Katniss and declared this year her turn. I was all too happy to oblige! At 6 she is still too young to enjoy the Hunger Games with me, but I am confident she is going to love both the books and the movies when she is older. 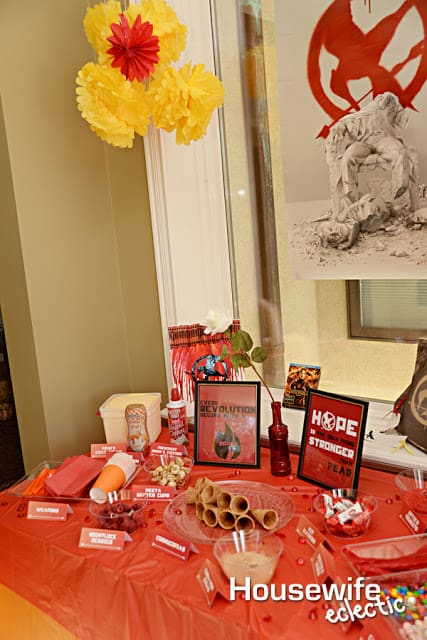 I have been considering a Hunger Games Ice Cream bar over the last few months and I decided to go for it. I can’t lie, in my Hunger Games excitement, I may have gotten kind of pun-y, but you honestly can’t tell me you would rather eat a Peanut Butter Cup than a Peeta Butter Cup, can you? 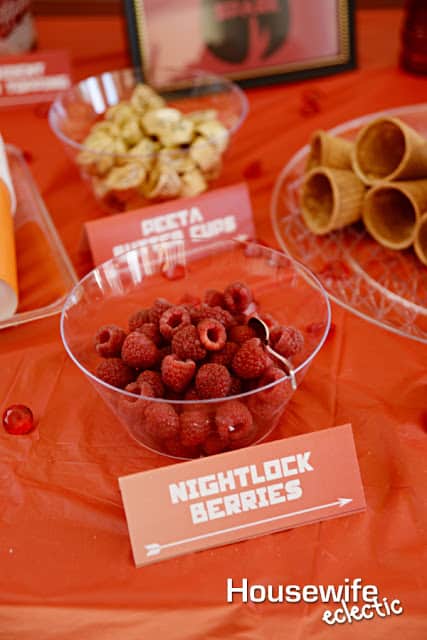 One of the fun things about this party, was that the ice cream puns branch across all four movies, which I thought was a fitting way to celebrate the last movie. On one side of the table we had deadly Nightlock Berries (raspberries), Peeta Butter Cups and Cornucopias (ice cream cones.) 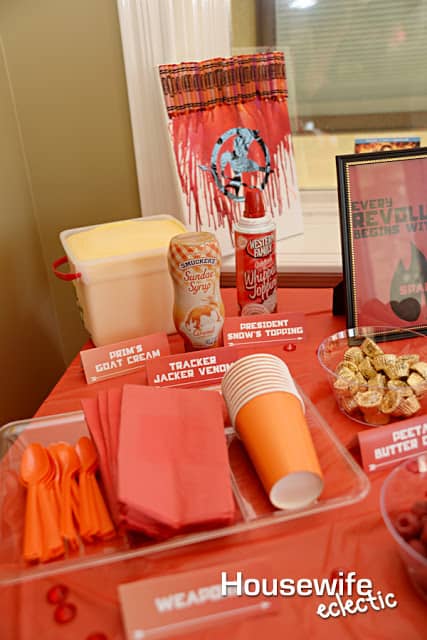 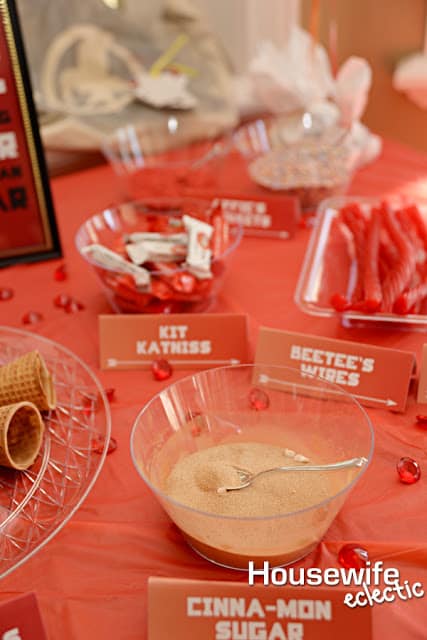 If you are feeling like your ice cream isn’t sweet enough, add some Cinna-Mon sugar or some Kit Katniss pieces. 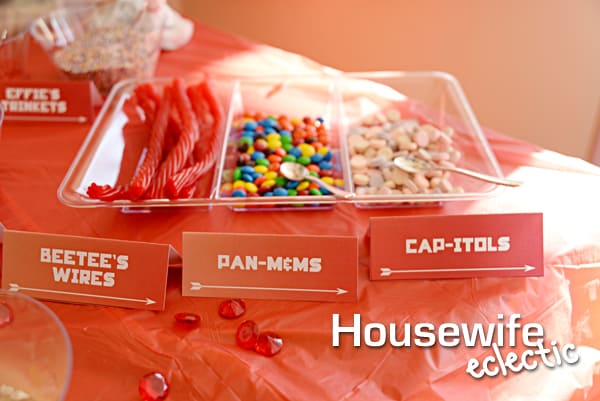 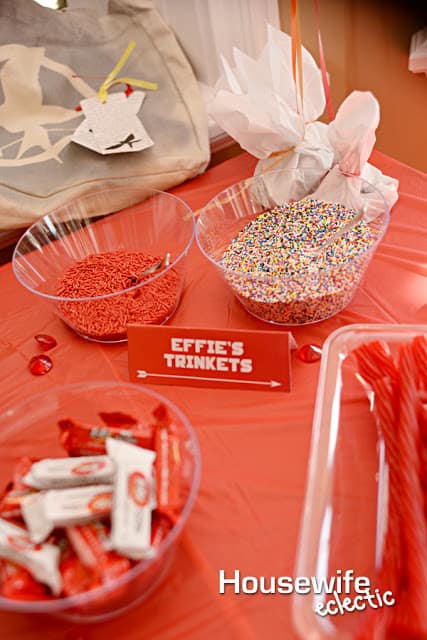 If you are looking to take your ice cream over the top, why not add a sprinkling of Effie’s Trinkets? 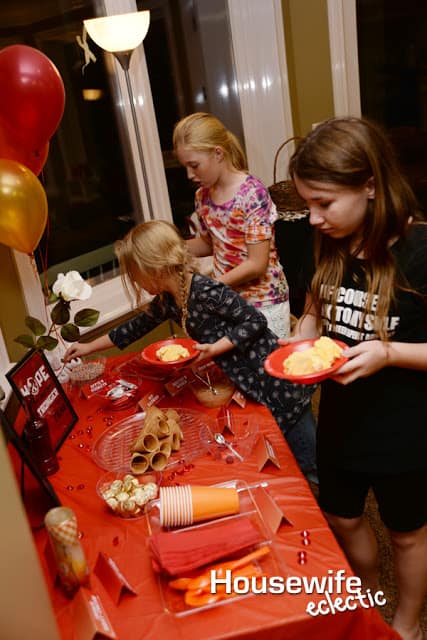 I wasn’t sure if I had gone over board, but listening to the girls giggle as they read all of the titles made it so much fun. They had a blast building their ice cream sundaes! 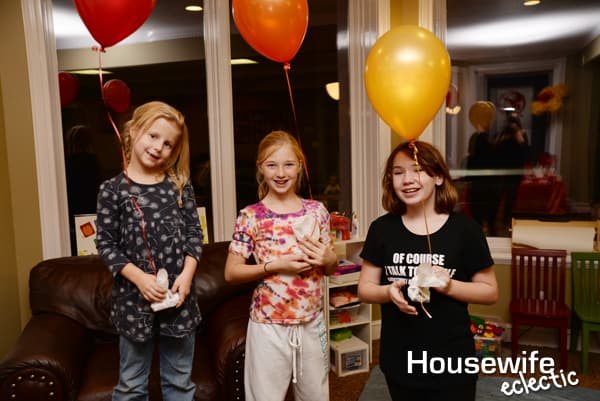 For party favors, I made little parachutes. I had originally intended to use white balloons with white parachutes, but my local party store was out of white balloons, so I went with colors that matched that party. Inside each parachute was a para cord survival bracelet, which seemed to fit a Hunger Games party perfectly! I only made favors for the kids that came and not the parents, next time I add the adults to the favor list, they all wanted a para cord bracelet too. 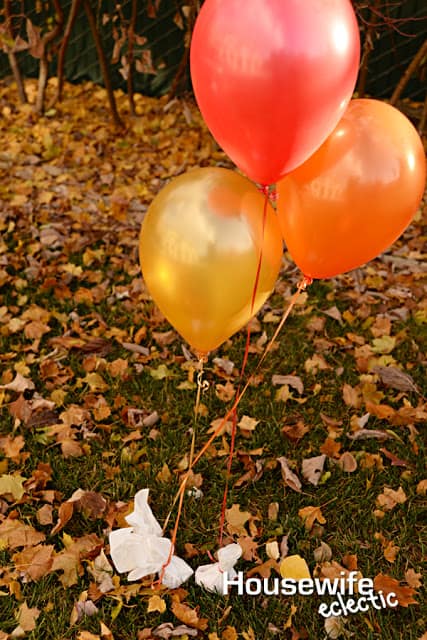 I gave the girls the choice of several crafts to make at the party. They ended up each making a couple of things and had a great time. None of the crafts were super time intensive, so they were able to mingle, socialize and enjoy the movie on in the background. 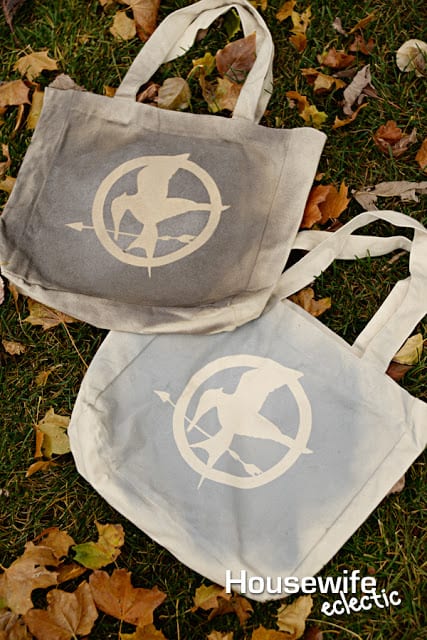 The canvas bags were made by ironing on a Mockingjay Freezer paper stencil to a bag and then spray over top of it with spray paint. When the bags were dried, we simply peeled the paper off and they had a cute bag to hold library books. 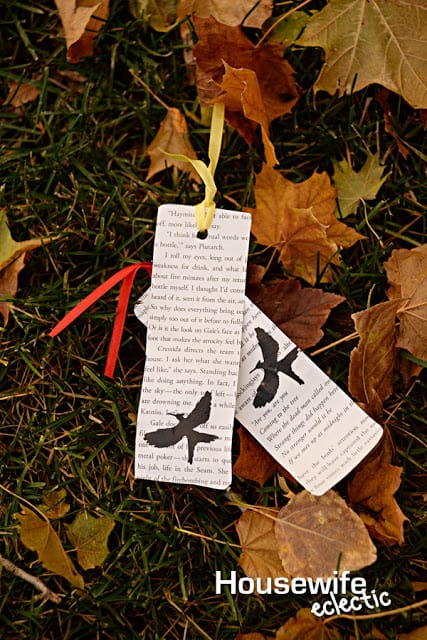 I scoured thrift stores for extra copies of Mockingjay so that we could make these cute book marks. Each girl picked a page out of the book that she wanted to use and then we trimmed it and rounded the corners. I used my cutting machine to cut a bunch of Mockingjays out of black paper and we used Mod Podge to add them to the book marks. After punching a hole in the top and adding some ribbon, they were finished! 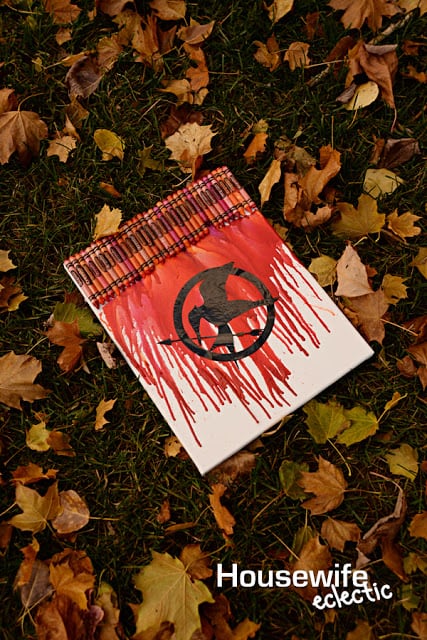 This last craft was my favorite. We made a simple melted crayon canvas, using a blow dryer, and then we added the black Mockingjay in vinyl over top of it. I had to make one of these for myself I liked it so much! 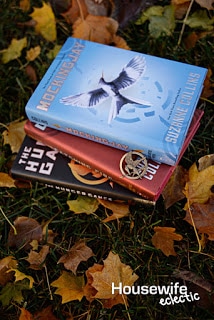 I can’t wait to see how The Hunger Games: Mockingjay – Part 2, portrays the last half of the book. Watching this trailer, I just know that I am going to love it!

The Hunger Games: Mockingjay – Part 2 will be in a theater near you this weekend, November 20th. Get your tickets now so you can be there on opening weekend with me!