This post is sponsored by Oriental Trading. All ideas and opinions are my own. 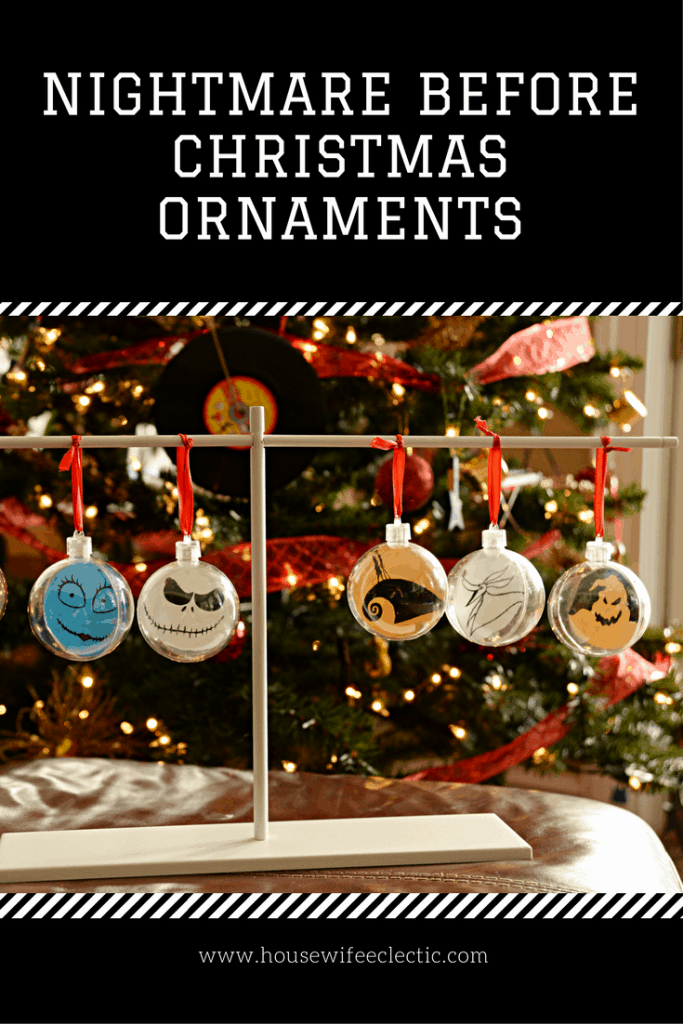 Last year I focused all my time and energy on making Harry Potter Christmas ornaments. I had such a great time making a variety of ornaments on one theme that I decided this year I would do it again. After our Nightmare Before Christmas Family Costume at Halloween, I knew that we needed a little more Jack Skellington and Sally in our life so I created these. These ornaments are incredibly easy if you use the photo ornaments from Oriental Trading’s Christmas section, the ornaments come completely apart so you can slip your image into it without rolling and then trying to get the image to unroll again later. My kids absolutely loved how these turned out and can’t wait to see what the next round of Nightmare Before Christmas Ornaments  end up being. 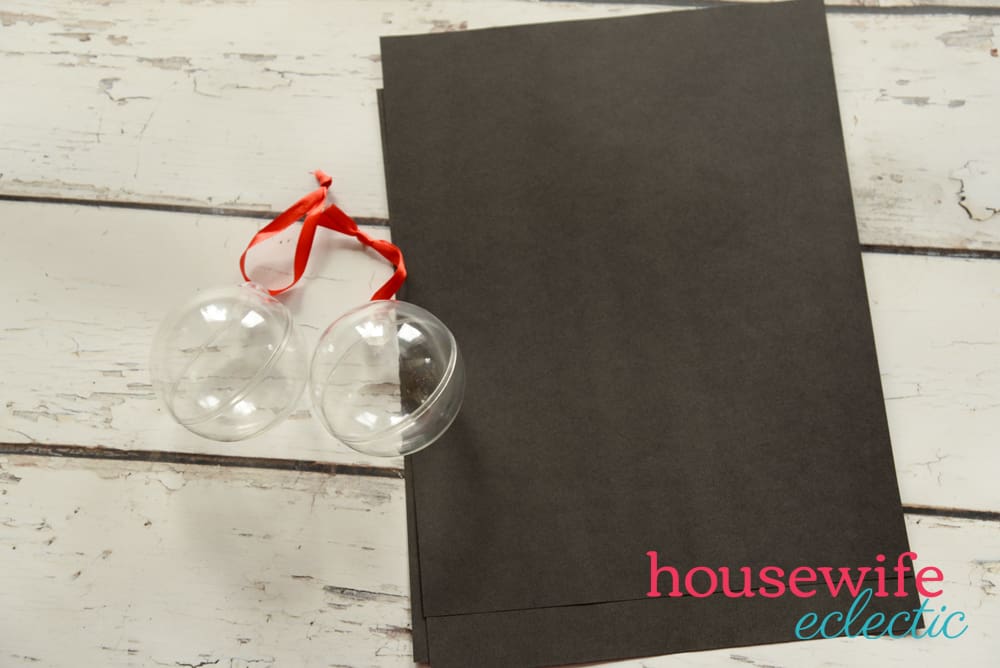 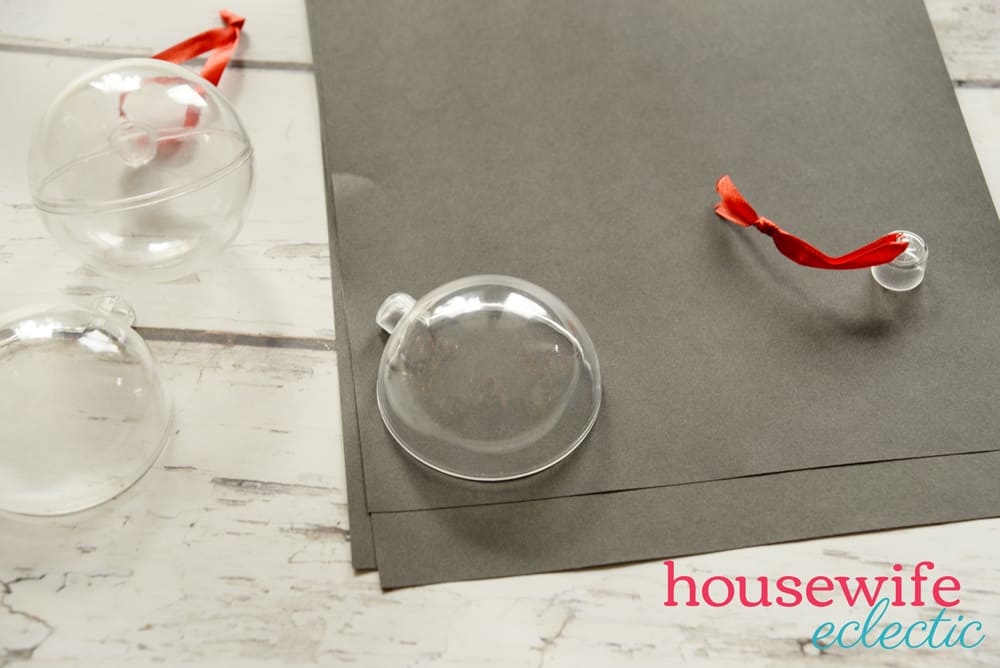 Open one of the ornaments by pulling the cap off and separating the ornament into two pieces. Lay the ornament half on top of the paper you want to use and trace it. Then cut out the tracing. 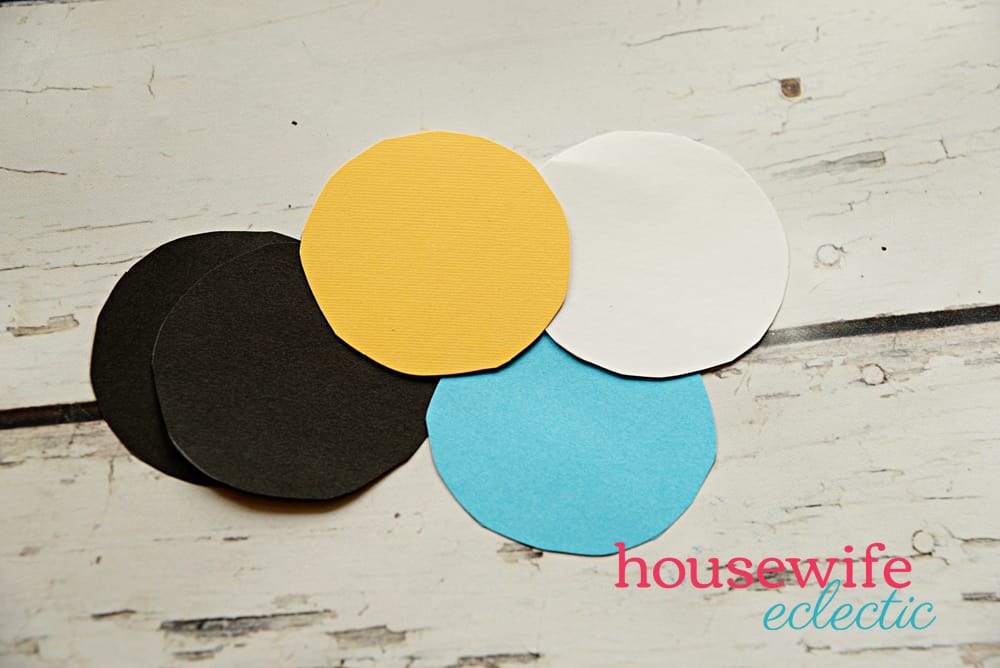 I ended up using yellow, white and turquoise paper, all with black vinyl on top. If you don’t have a way to cut vinyl decals, you could always print the characters into circles and then cut them out. 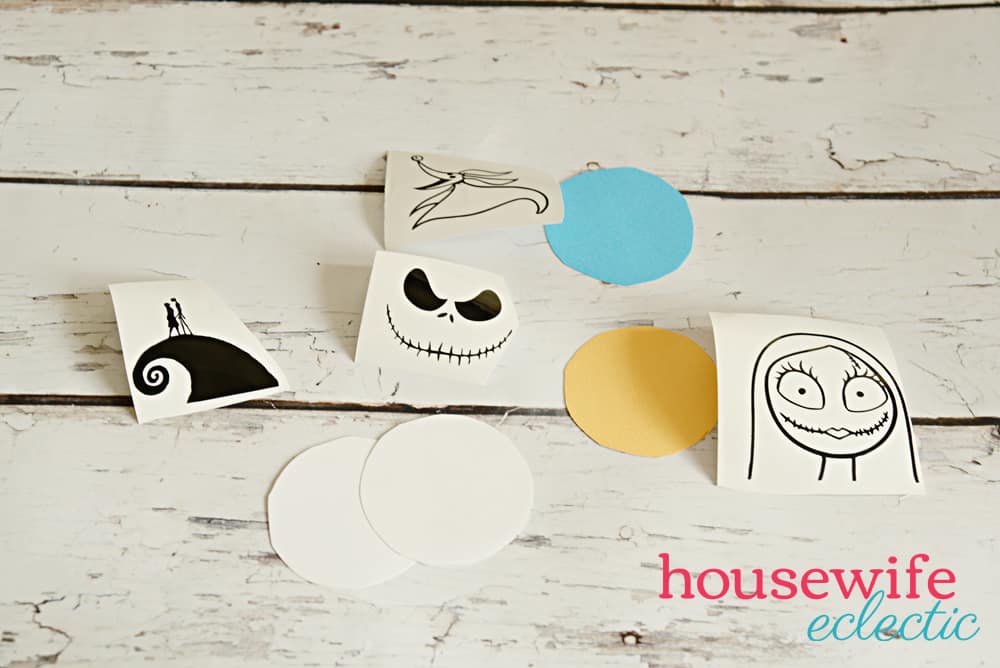 I cut out five different styles. Jack’s Face, Sally’s Face, Zero, Oogie Boogie and Jack and Sally together on the hill. Find instructions for the individual ornaments below. 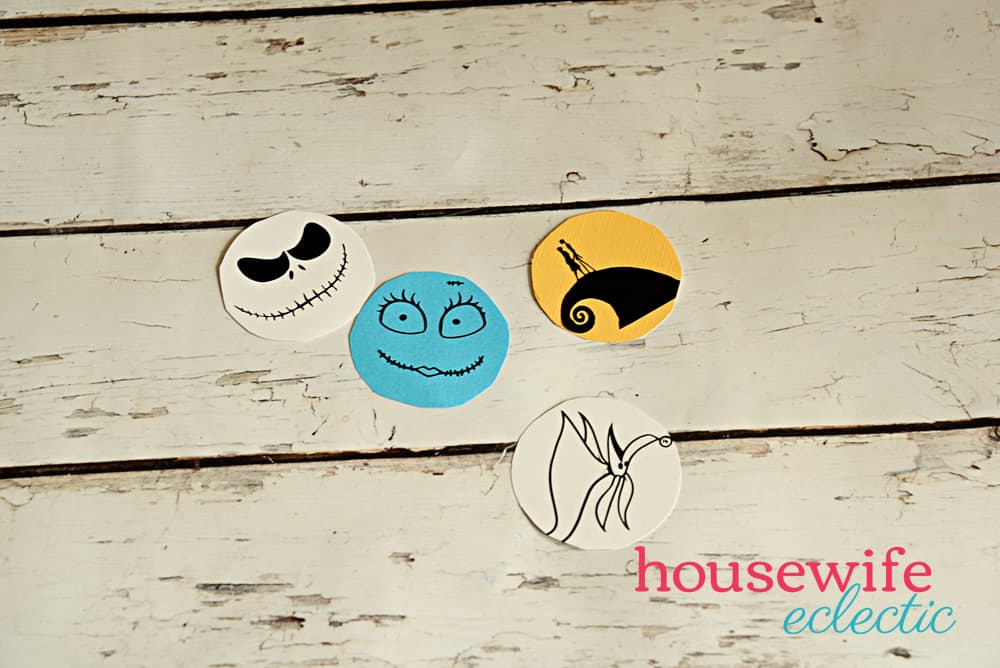 I put Sally’s face on Turquoise paper, Jack and Zero on white and the hill scene and Oogie Boogie on yellow. 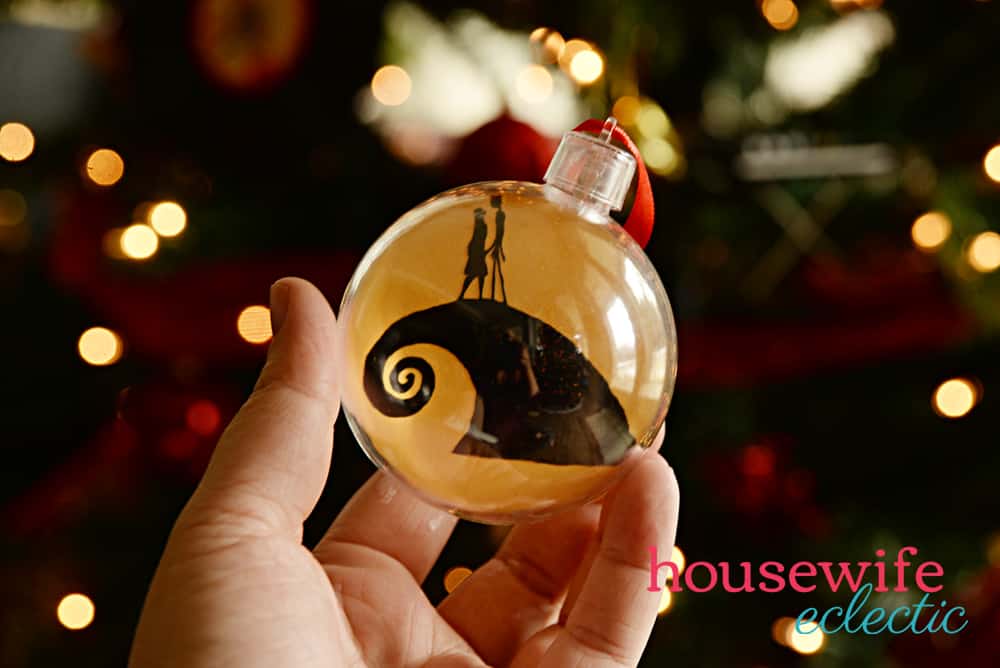 For this ornament I searched for a Silhouette of Jack and Sally on the hill. The search came back with a ton of options and I picked the one I like the best. I upload the design to Cricut Design Space and resized it to be less than 2.5 inches wide because that is how wide the ornament was. (If you need to know how to do this, check out THIS post.) After I cut out the vinyl I peeled the design off the sheet like a sticker and placed in on the yellow paper, I think put the paper in the ornament and trimmed the edges. 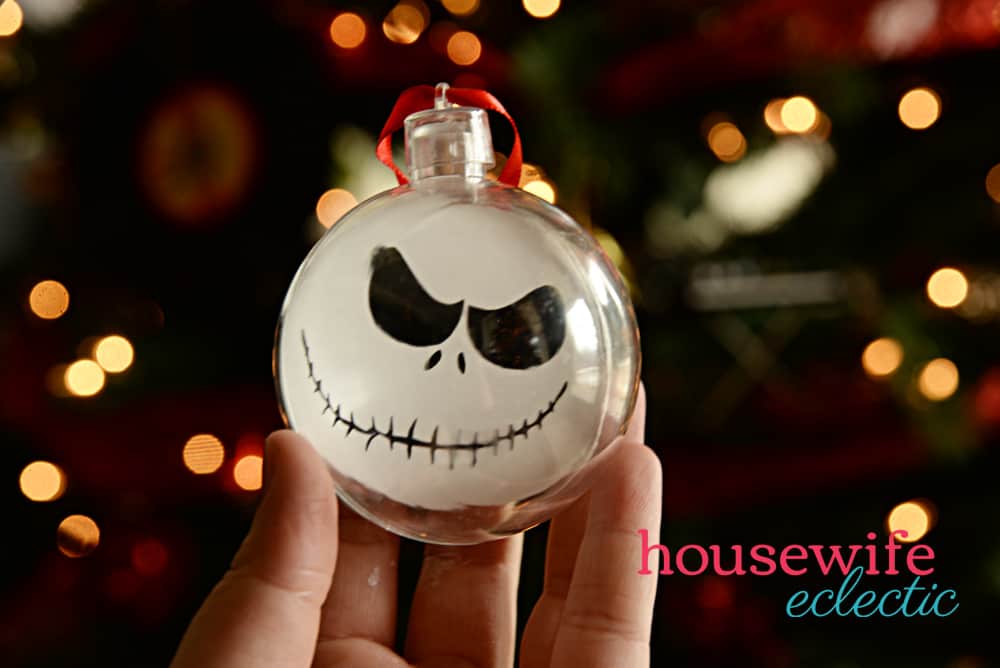 For Jack’s Face, I followed all of the steps above, making sure that Jack’s face was less than 2.5 inches and the weeding it out of black vinyl. I chose to not use any sort of transfer tape and moved each element of Jack’s face to the white circle individually. I found this was easy enough as long as you remembered to put his nostrils close to his eyes. 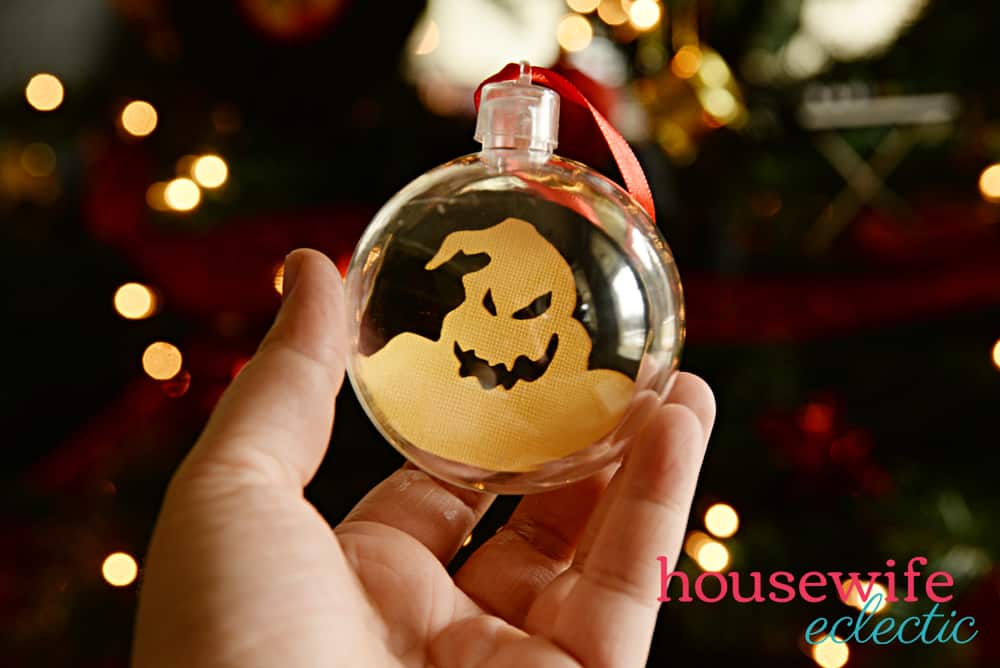 For Oogie Boogie, I followed the same steps as the above ornaments but I also made Oogie Boogie just a little bit bigger so his silhouette would fill the entire ornament and then I trimmed off any excess so there wasn’t any yellow on the outside of the black. 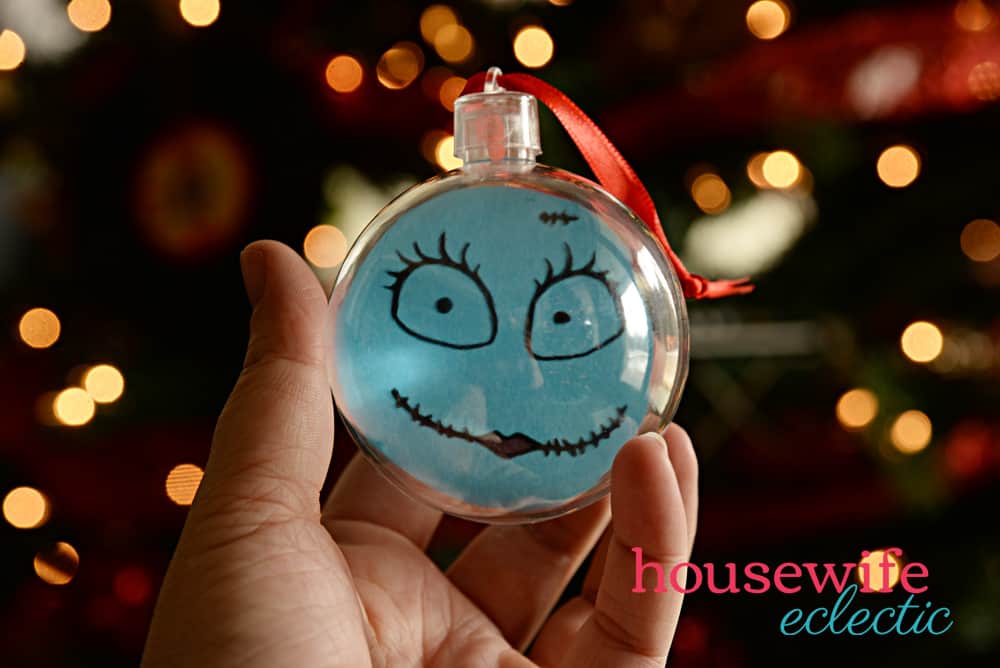 For Sally, the major difference was I colored her lips red with a marker after I place the vinyl on the paper. In the future, I want to give her some yarn hair too! 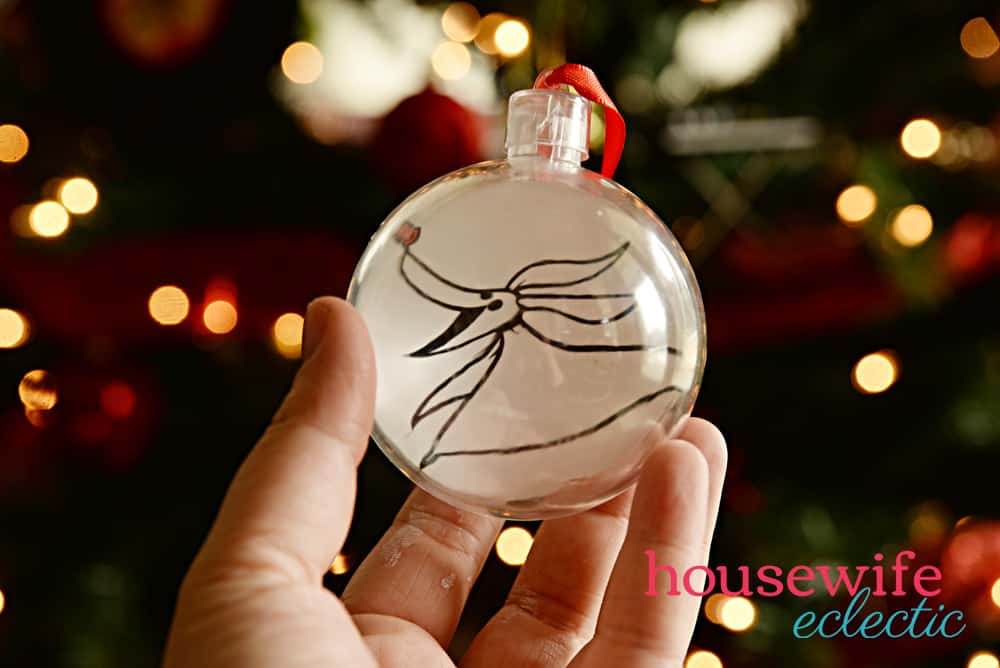 For Zero, I followed all of the above steps but I also colored Zero’s nose orange to represent his little pumpkin nose. 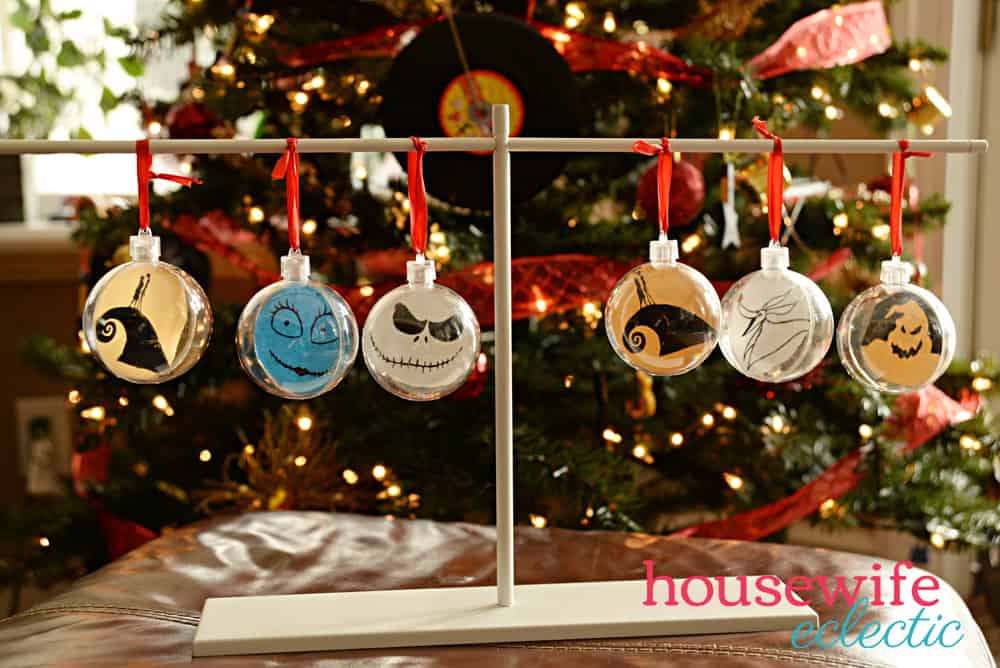 Do you have any Nightmare Before Christmas fans in your house?