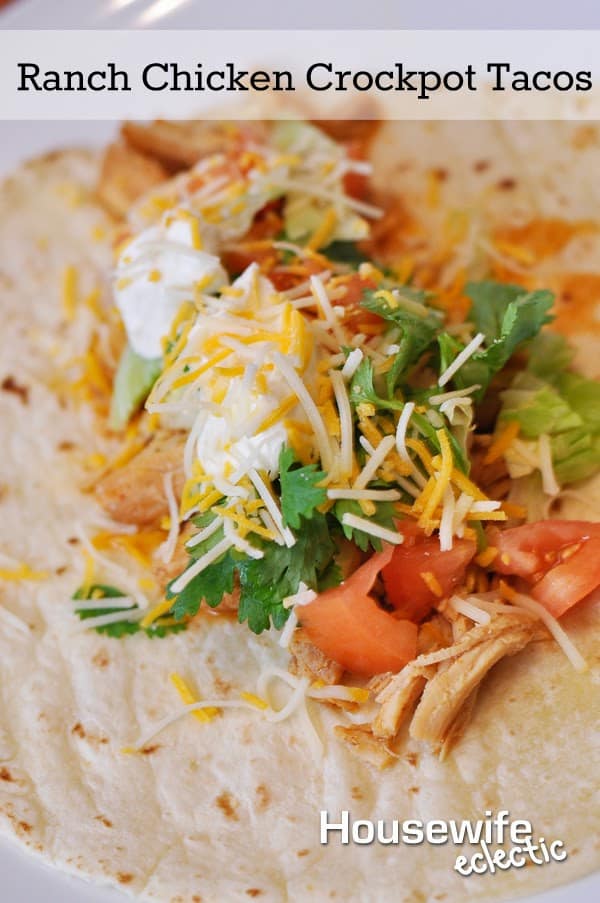 It’s a tradition like no other. No, not the Master’s, but family taco night. But tacos can easily get boring. In fact, I can’t remember the last time we actually had traditional crispy-shell tacos.

To mix up things a bit, try these delicious ranch chicken crockpot tacos. They’re a definite fix-it-and-forget-it meal and they’re incredibly tasty. The meat is wonderful for tacos, but is also tasty on quesadillas, enchiladas or a salad.

Combine the taco seasoning, ranch packet and cumin together in a small bowl until well mixed. Slowly add in the chicken broth and stir until combined.
Place the frozen chicken breasts in a crockpot and pour the seasoning you created over the top of the chicken.
Cook on low 5 hours.
Remove the chicken from the crockpot and shred it. Return to the crockpot for another 45 minutes.
Create tacos by placing chicken down the center of the tortilla. Top with shredded cheese, lettuce, cilantro, tomatoes and sour cream.