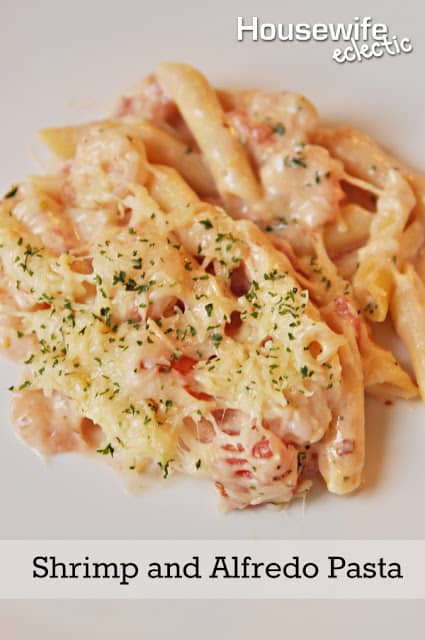 I’ve never been a huge fan of shrimp, but since my husband loves it I toss him a bone every now and then and make a dish that has shrimp in it. But if the other parts of the meal are even better, well that’s just a win for everyone.

That’s the case with this delicious Shrimp and Alfredo Pasta. While the shrimp is the meat in the dish, it’s by no means the star. The ingredients merge well to create an incredibly satisfying taste that’s rich and flavorful.

This dish is a piece of cake to prepare and the Alfredo sauce is awesome. Definitely a dish kids will like as much as the adults.