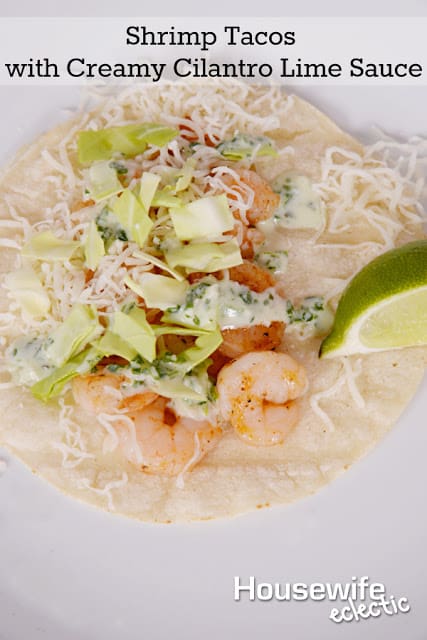 Seafood is delicious. So is Mexican food. But should you mix them together? Or course!

These Shrimp Tacos with Creamy Cilantro Lime Sauce are a quick fix and taste amazing! If you’re a fan of fish tacos, you will love these. And you can prepare it in about the same amount of time it takes to make Americanized tacos.

It’s as easy as that. If you’re not familiar with cooking with shrimp, don’t be scared. They cook quickly and it’s hard to really mess them up. But if you’re still scared, but want to try this recipe, just use precooked shrimp, thaw it, and prepare the same. The only difference is a shorter cook time since the meat is already cooked through and you’re only warming it up.

So next time you’re craving tacos, consider adding shrimp. You won’t regret it. 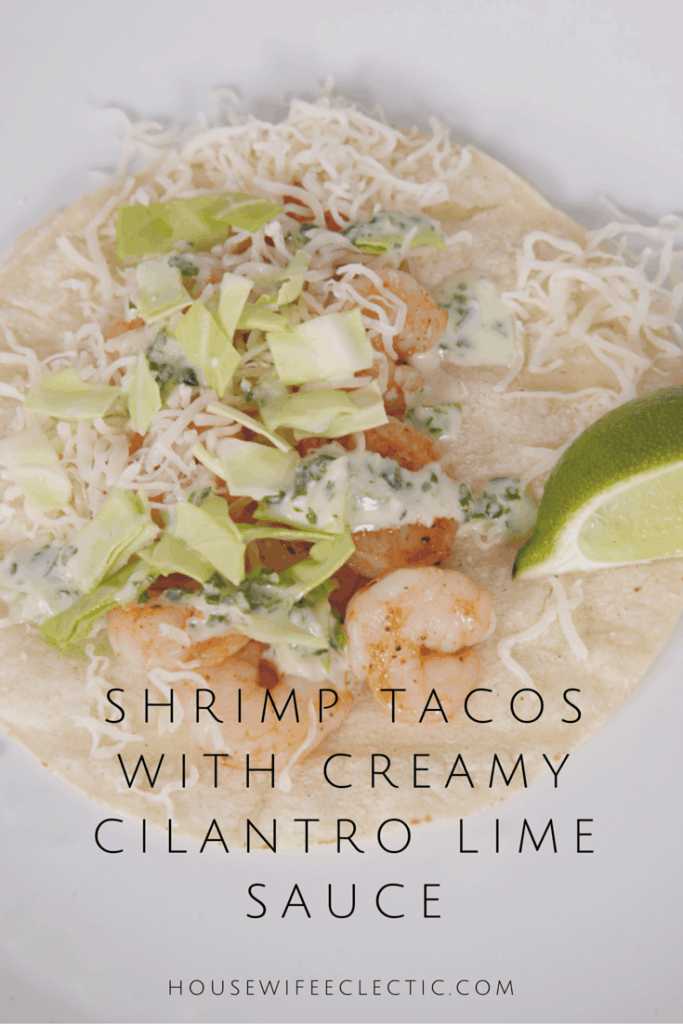