I am a member of the Collective Bias®  Social Fabric® Community. This shop has been compensated as part of a social shopper amplification for Collective Bias and its advertiser. #CollectiveBias 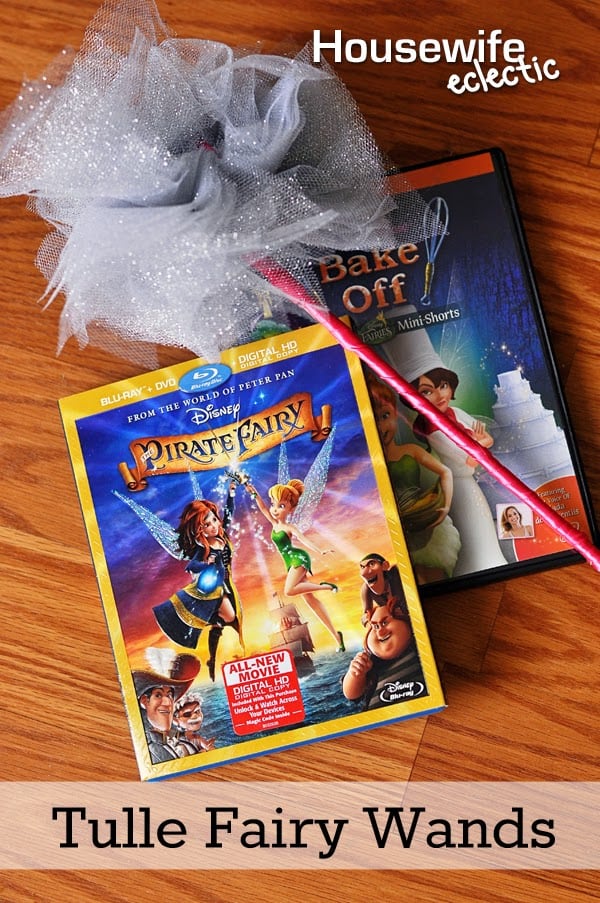 We are big Tinkerbell fans at our house. We love pretty much anything that has to do with Pixie Hollow, Tinkerbell, Peter Pan and fairies in general. My 5 year old even has a Peter Pan quote hanging in her room. So when we heard Disney’s The Pirate Fairy was coming to DVD, I knew we would be at Walmart first thing the day it came out to buy the movie and for supplies for some glitter fairy wands. 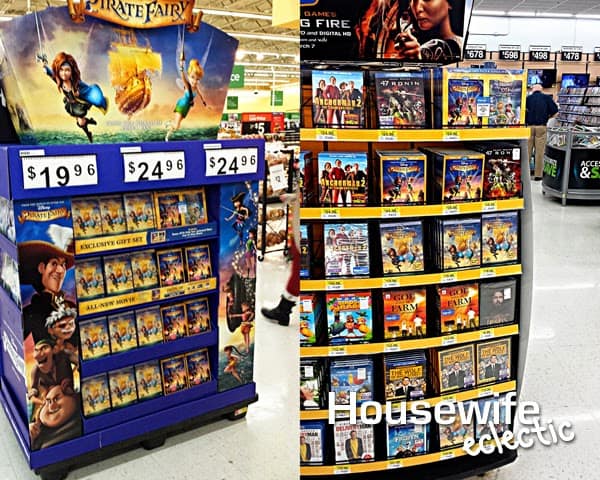 We not only found an entire DVD display of Disney’s The Pirate Fairy at the front of Walmart, but we also found the movie back in the electronic section. Both displays had the movie on DVD and the Blu-Ray combo pack, complete with the Walmart Exclusive Pixie Hollow Bake Off DVD, which includes 10 animated Pixie Hollow shorts. 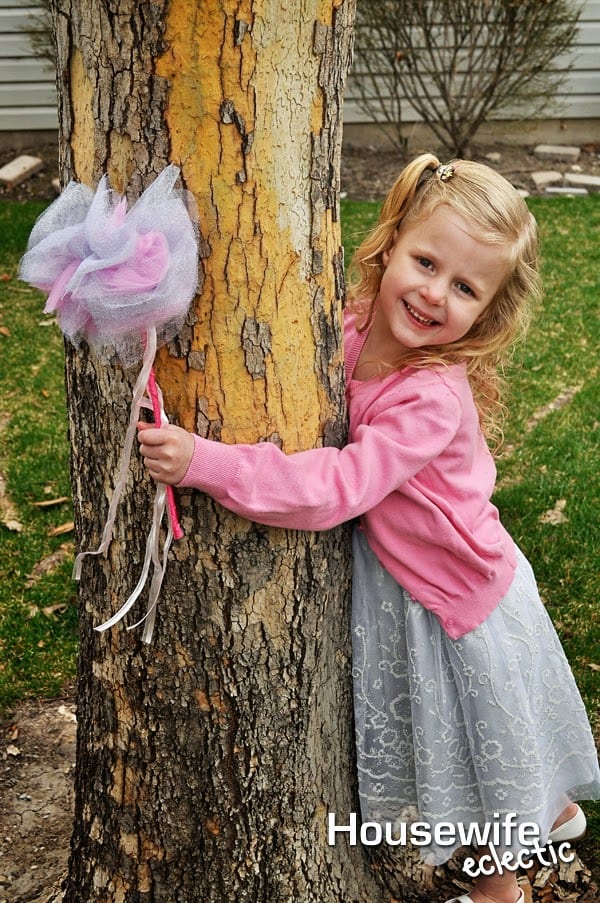 Can you tell how much we love Tinkerbell?

Disney’s The Pirate Fairy was great. The movie centers on Zarina, a fairy who loves to invent and experiment with Pixie Dust. When one of her experiments with blue pixie dust (the most powerful kind) goes very wrong, Zarina flees Pixie Hollow. We don’t meet Zarina again until a year later when she has not only become a pirate, but the captain of a band of human pirates including a young James Hook. Tinkerbell and her friends must convince Zarina to leave behind the life of a pirate and fight to #ProtectPixieHollow or things will never be the same. You can watch the full trailer here.

My 5 year old absolutely adored this movie. I enjoyed watching it with her and listening to her giggle. I also loved that the character of Zarina was portrayed as a curious fairy who loves to experiment. She actually reminded me a lot of my little girl, minus the running off and joining the pirates part (at least, so far so good).

The Pirate Fairy has a fairly predictable ending that follows the other fairy movies, but it is a fun ride with lots of bright color, laughs and lessons along the way. Aside from it being a darling movie, it featured Tom Hiddleston as one of the major voice talents in the movie, which may have had something to do with me wanting to watch the movie with her. 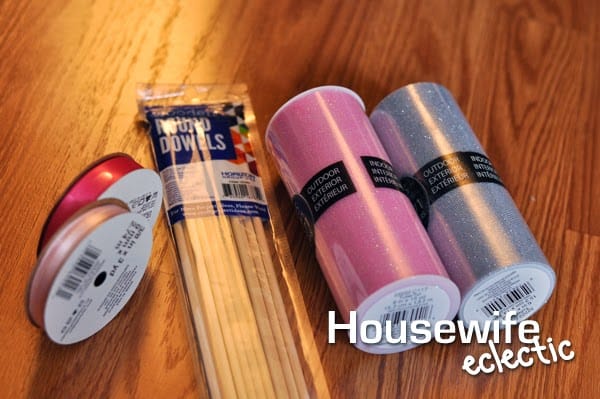 We couldn’t just watch Disney’s The Pirate Fairy, we had to act it out as well. My daughter was adamant she needed a fairy wand, so I pulled together these fun and easy tulle puff wands in just a few minutes.

For your wands you will need: 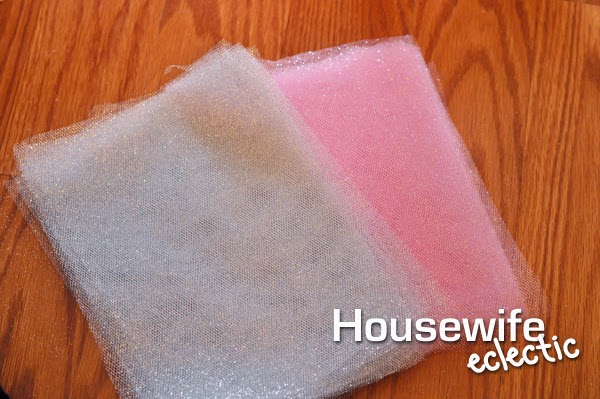 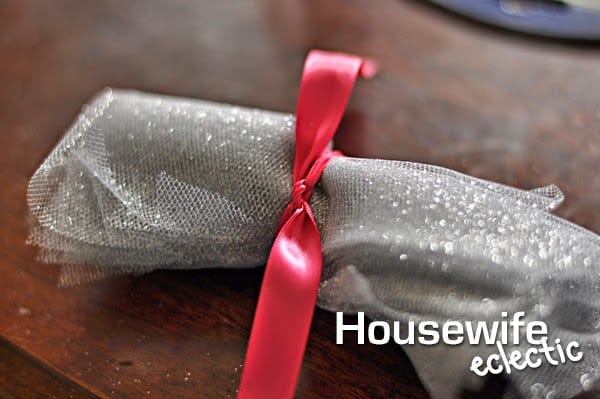 Gather the tulle into a bundle and tie tightly with a piece of ribbon. It is important to tie the ribbon as tight as you can or the tulle will pull out of the bundle. 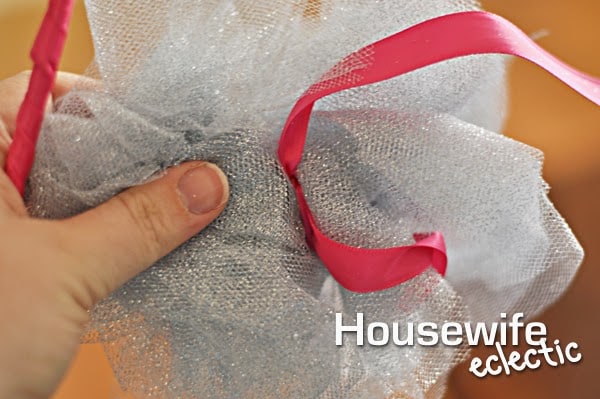 Pull the squares of tulle apart from each other, fluffing the tulle as you go. Once the tulle is separated it should resemble a puff ball. 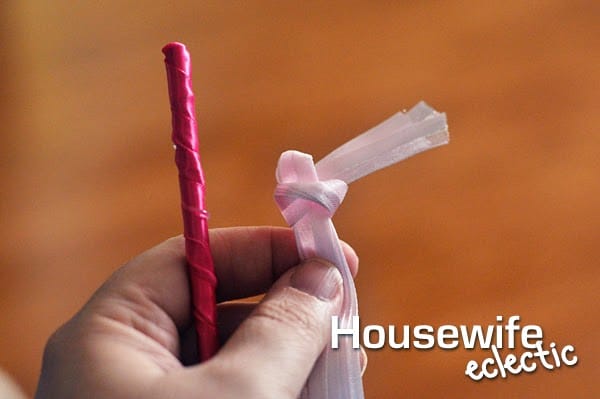 Wrap the dowel in the ribbon of you choice, hot gluing the ribbon down in several places to prevent slipping. If you want extra ribbon tassels to hang off of your wand, now is the time to tie them together and hot glue them to the top of the dowel. 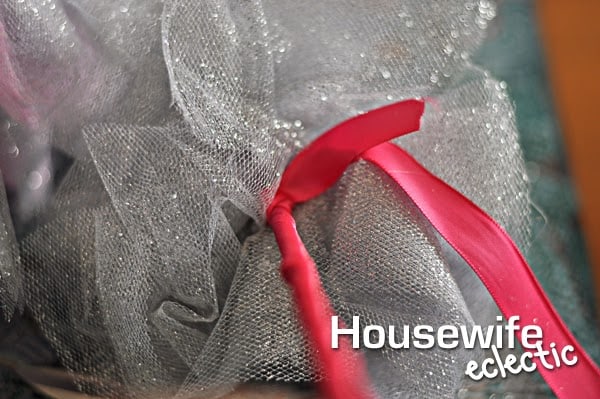 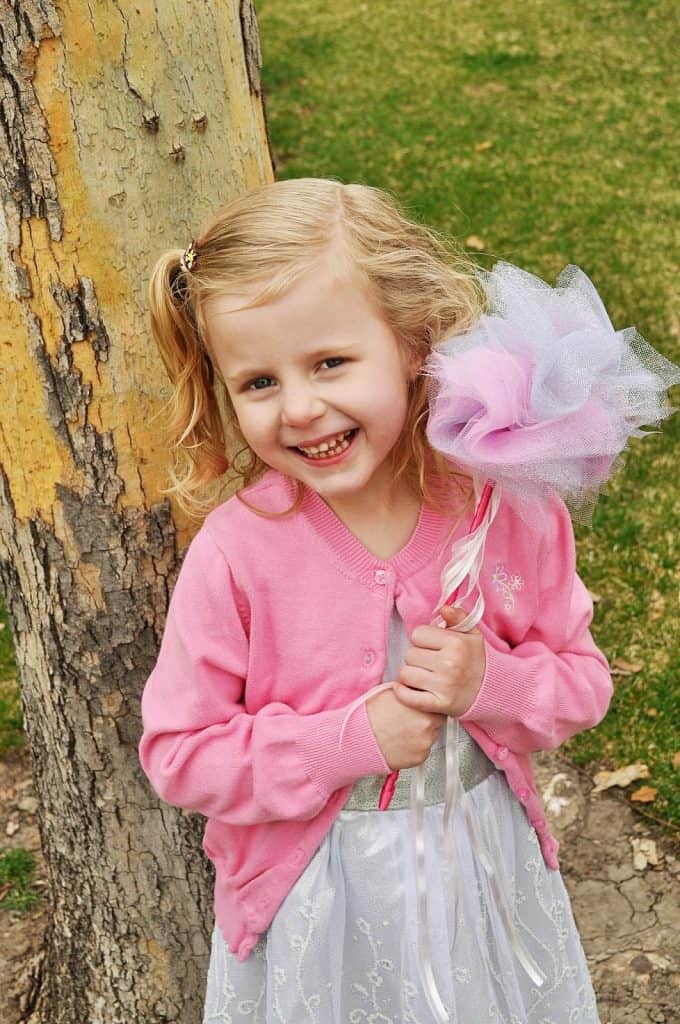 In just a few minutes, you have a fun and colorful fairy wand that is perfect for acting out The Pirate Fairy or scenes from Pixie Hollow Bake Off.

We watched all of the Pixie Hollow Bake Off shorts straight through after The Pirate Fairy and my little girl laughed even harder with the shorts than she did with the movie. They are fun, little glimpses into the lives of the fairies that live in Pixie Hollow, including Tinkerbell thinking she can win a bake-off because baking is “just tinkering with flour.”

This fun DVD is available exclusively at Walmart when you buy Disney’s The Pirate Fairy. 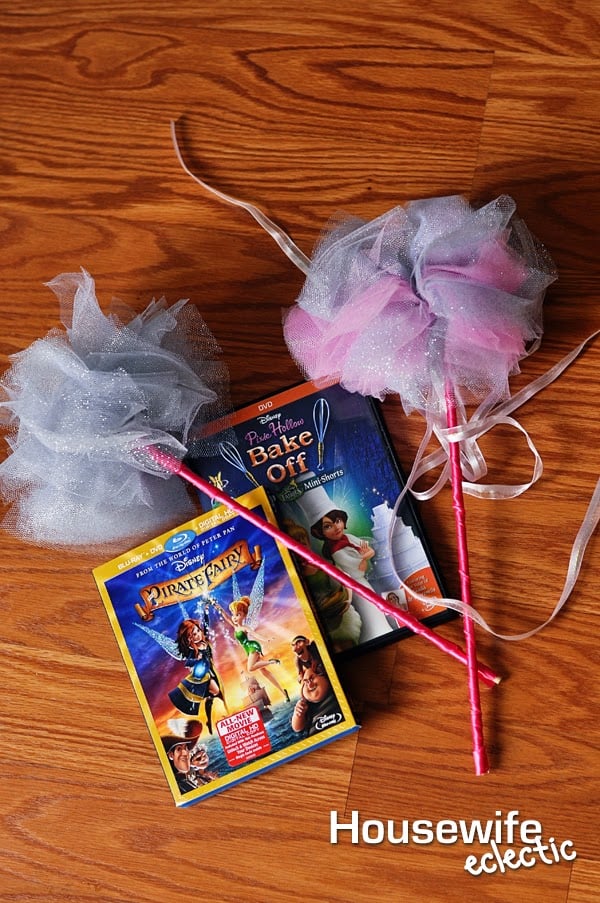 Do you have a little pixie in your life that would love these wands and all of the fairies from Pixie Hollow?