This shop has been compensated by Collective Bias, Inc. and its advertiser. All opinions are mine alone. #AvengersUnite #CollectiveBias 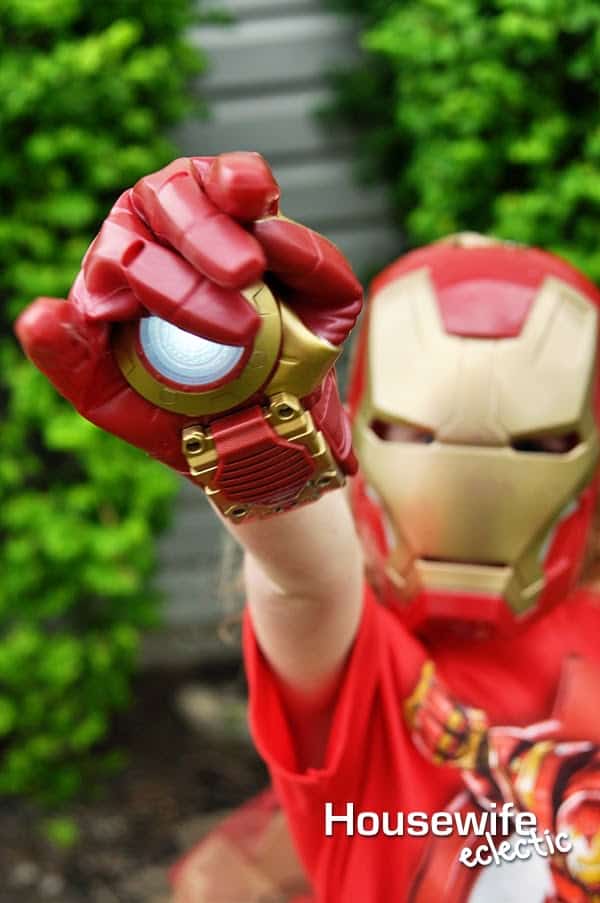 It was getting close to Halloween a few years ago when I asked my then 4-year-old what she wanted to be for Halloween. Without any hesitation she replied Captain America. I was floored. I had no idea she even knew who Captain America was, let alone knew enough to want to dress up as him.
We made the Avengers a whole family affair that year. My daughter was Captain America, my husband was Nick Fury and I dressed up like Black Widow. Ever since that Halloween, The Avengers have been a big part of our family, with Captain America, Iron Man and the Hulk ranking as my daughter’s favorite super heroes. 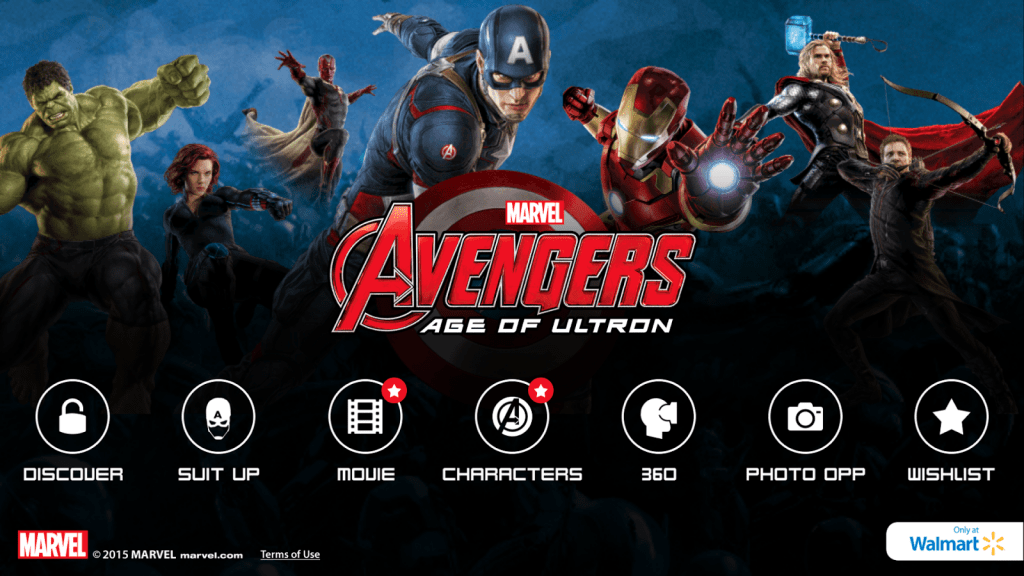 My daughter has been begging to see the new Avengers movie, MARVEL’s The Avengers: Age of Ultron, coming out this week, but at six years old I don’t think she is old enough for it. To ease the disappointment of not being able to see the movie, we gathered everything to dress up as Iron Man, and have been playing with the new Superheroes Assemble App. You can download the app for free from here. 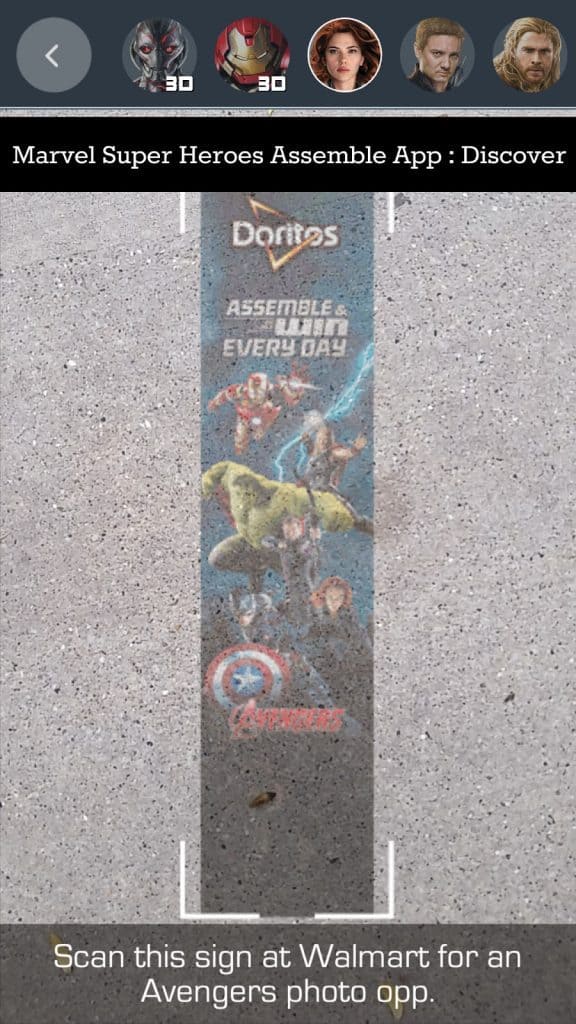 The new app, available for both Android and Apple really lets you get into the world of the new movie and have a lot of fun with photo ops and dressing up like the characters. Once you have downloaded it, you can scan signs and Avengers products at Walmart to unlock cool new features and information on the app. 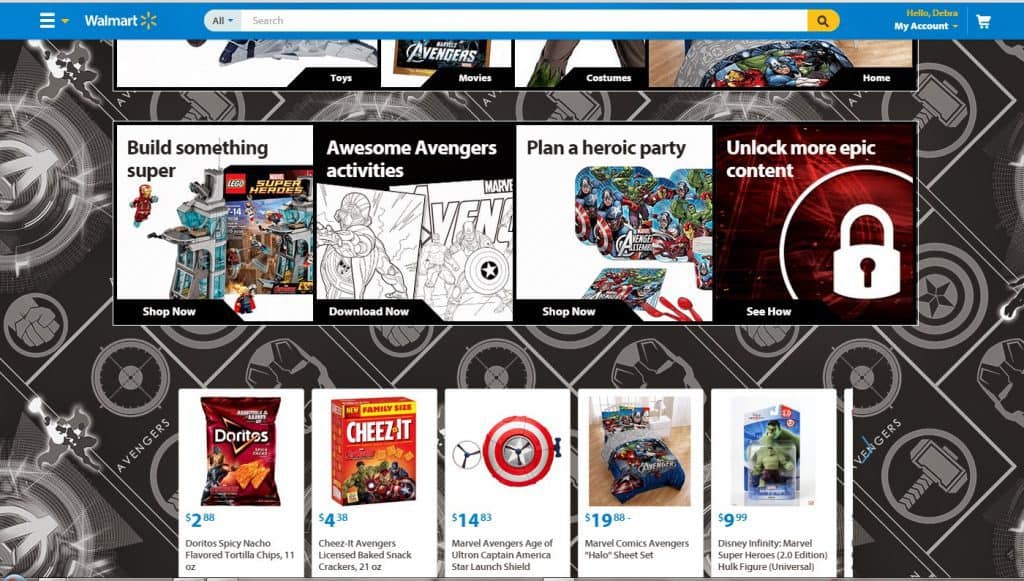 If you don’t happen to be at Walmart, you can go to Walmart.com/Avengers and scroll down to the box that says unlock more epic content. 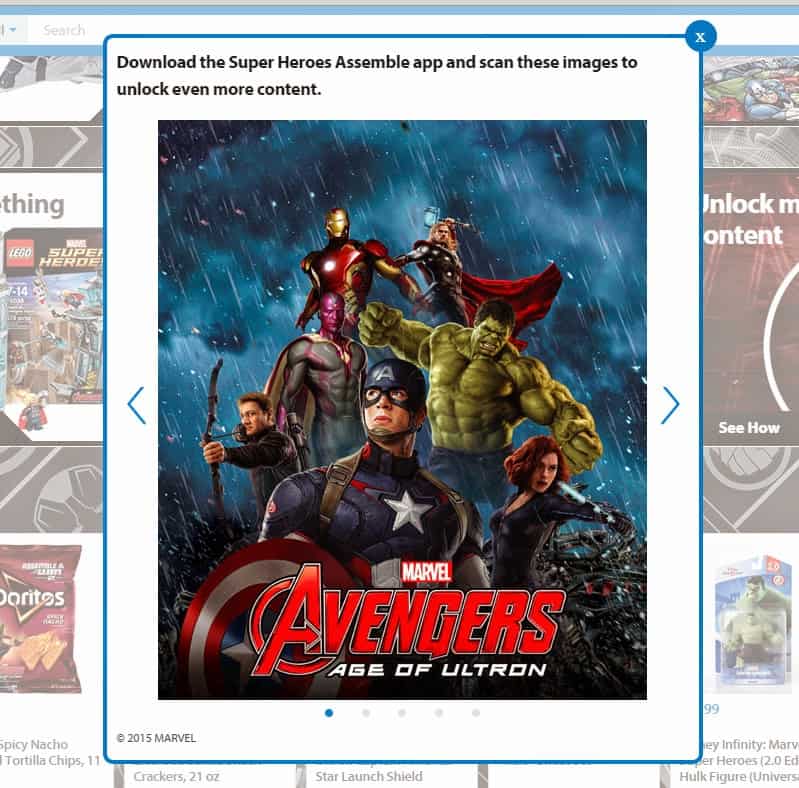 Clicking on the box will bring up images to scan to unlock all of the characters, Once you have unlocked all the characters in the Discover part of the app, you can have a lot of fun! 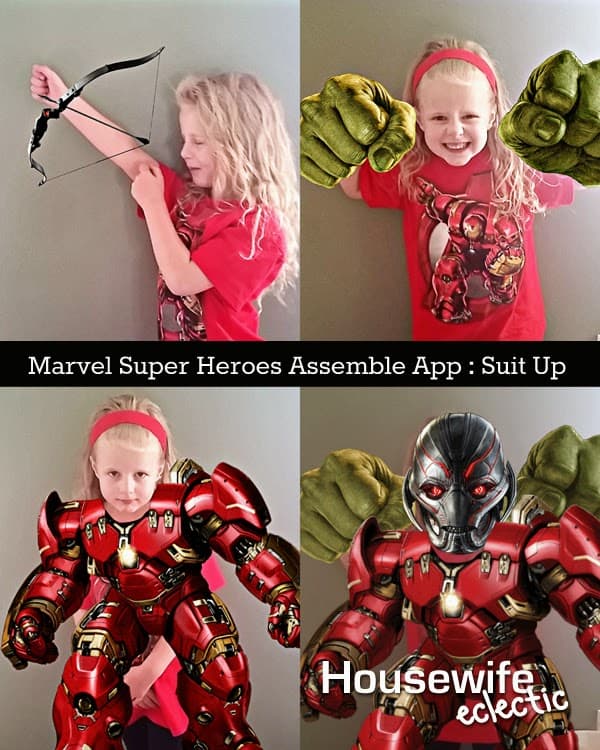 The Suit Up section of the app is hands down my daughter’s favorite part. You take a picture of yourself and add different elements from each character: Hawkeye’s Bow, the Hulk’s fists and more. 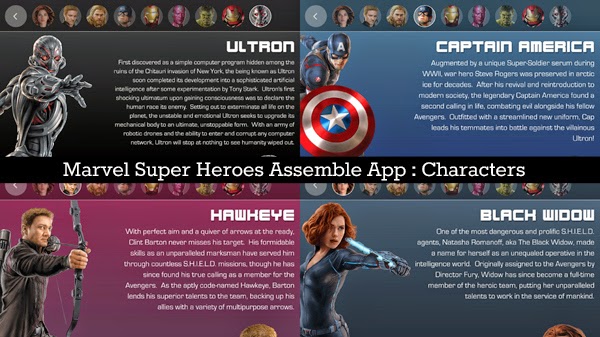 In the Movie section of the app you can watch the trailers and stay up to date on movie information. In the character section, you can read about each character and their attributes. 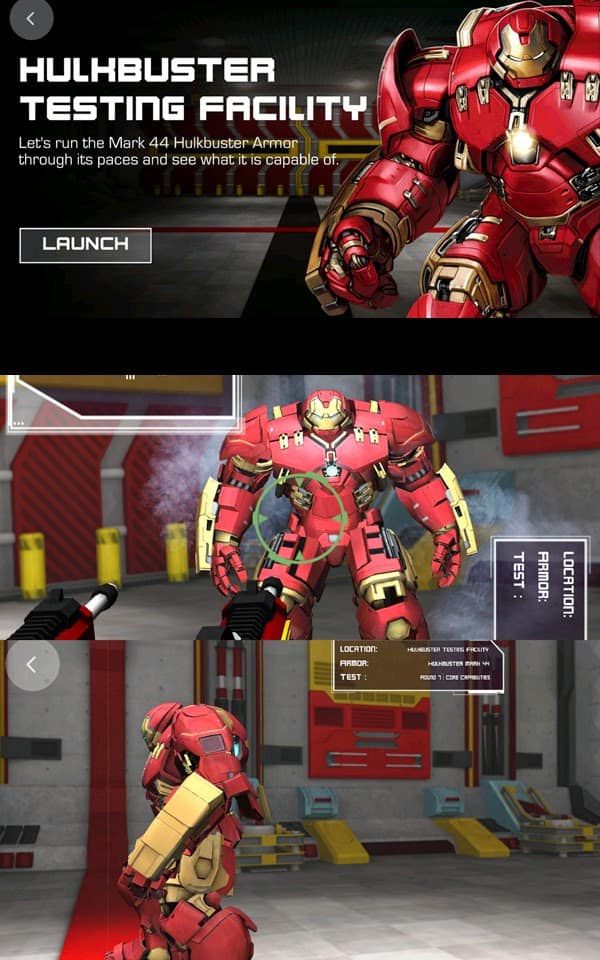 The 360 section of the app lets you test out the HulkBuster suit and see everything it’s capable of. 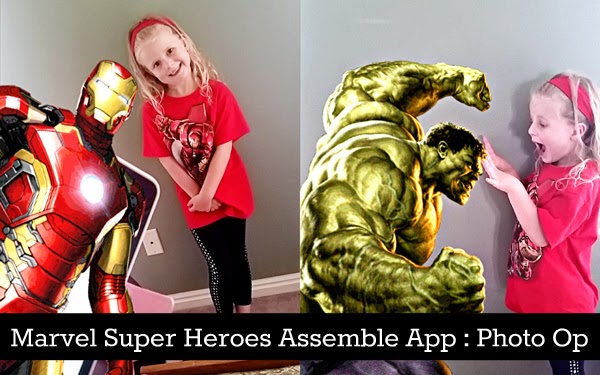 The Photo Op section allows you to take pictures with your favorite Avengers characters. My daughter loved taking photos and then running to my phone to see which character I had added into the photo. 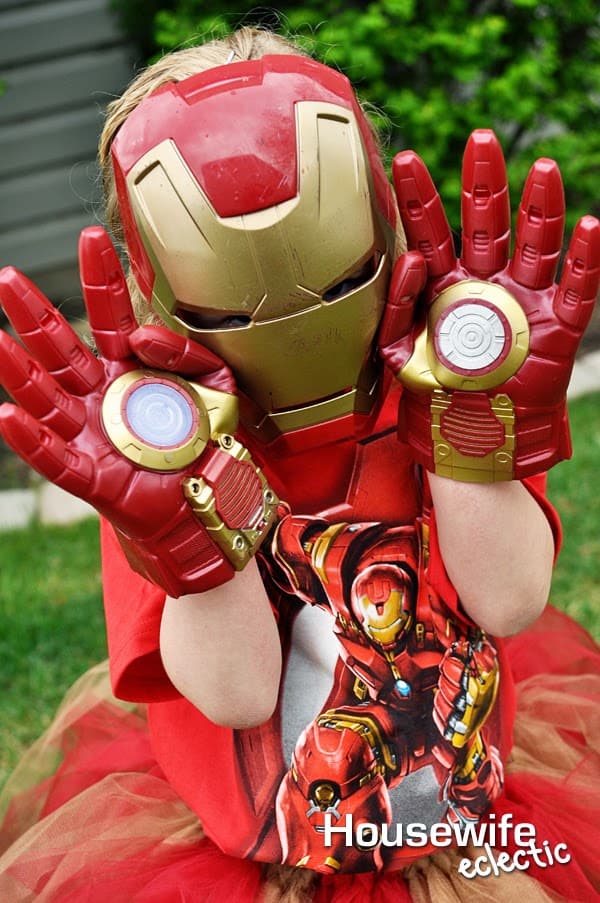 In the wishlist section you can compile your favorite Avengers products. We went all out for Iron Man this time. My daughter loves telling me she is “Iron Man with a little bit of glitter,” so for her costume we picked up an Iron Man mask, these awesome gloves that light up, a shirt from the boys section and everything to make a long awesome tutu. 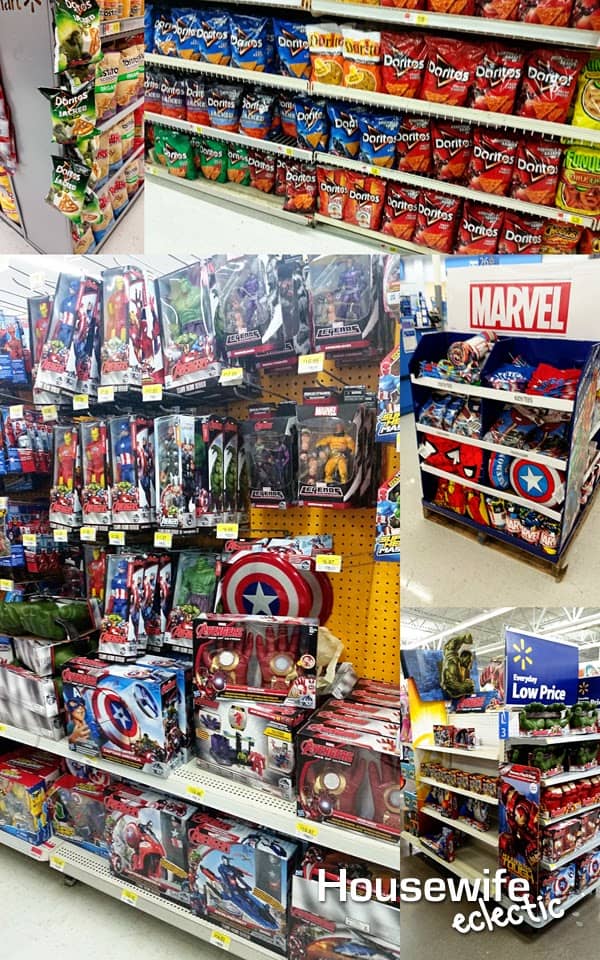 We used four full spools of tulle in gold and maroon, with an elastic waistband, to make the full-length tutu. With the combination of the tech in the gloves and the tutu, she truly is “Iron Man with a little glitter.” 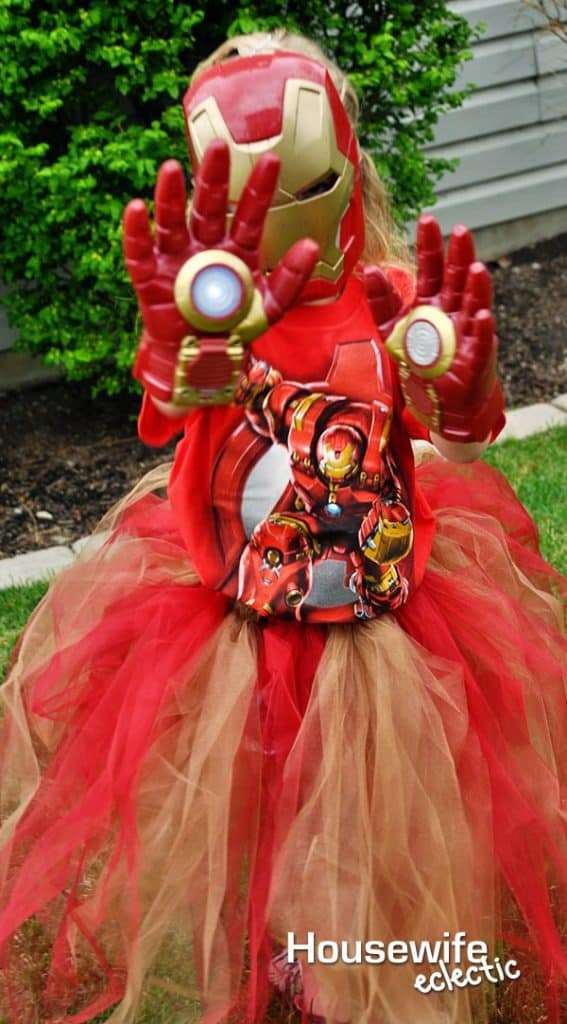 We’ve had so much fun playing with this free app. What little kid doesn’t want to suit up in the Hulkbuster armor? Which Avenger do you want a photo op with?