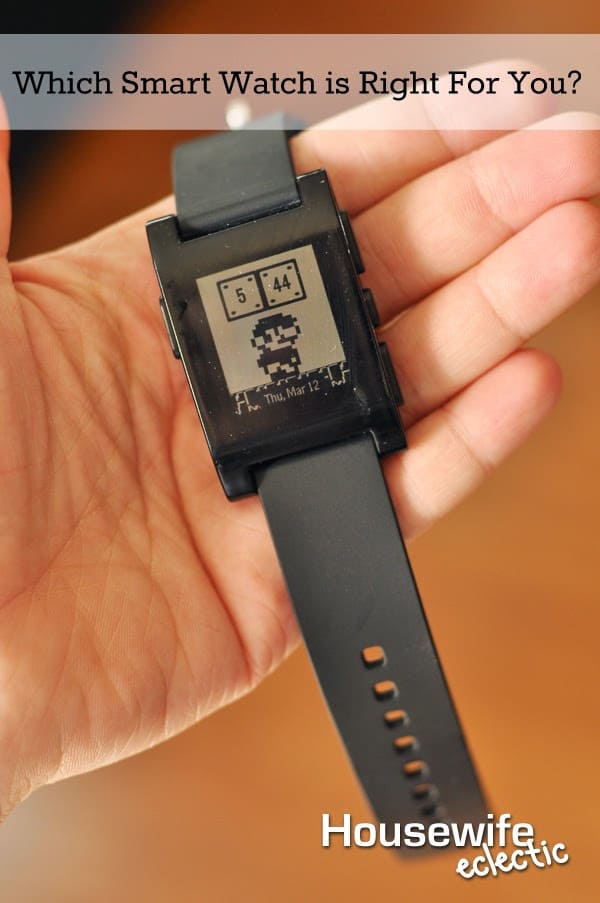 So you want a smart watch, huh? Good for you. But which one? The Apple Watch sounds pretty awesome, and it’s an Apple product so it’s going to be great, right?

In a previous post I explored smart watches as a technology and questioned whether or not you really need one. But if your heart is set on a smart watch, it’s worthwhile to spend some time looking at the the pros and cons of the major players in the smart watch industry.

There are three key players in the smart watch world:

Apple Watch is the most recent entrant into the smart watch world, and there’s a lot of excitement over that, but the Pebble and many of the Android Wear watches are also great options.
The Apple Watch is fairly well known, but Pebble and Android Wear may not be as familiar to you.
Pebble was originally a Kickstarter campaign to create one of the earliest smart watches. They’ve really pioneered much of the young industry. Pebbles are lightweight watches that use E-Ink technology (the same technology used in Kindles) to provide long battery life and easy-to-read displays, even in sunlight. It has its own operating system and is very intuitive.
Android Wear isn’t so much a specific watch as a category of watches. There are many watches that fall under the Android Wear category, each with pros and cons, but all using the same operating system. It’s similar to the way Samsung and LG both make a number of smartphones that are different, but they all use the same Android operating system.
When it comes to selecting the best smart watch for you, there are a few things to consider:
Let me get a few things out in the open before we start diving in. First, I own a Pebble. And I love it. I did hours of research before settling on it, and even debated whether or not to hold out for the Apple Watch, but I purposely chose the Pebble and don’t regret it.
Secondly, and more importantly, the smart watch industry is very young and still trying to find its place. That may make it seem like these products aren’t very good yet, but that’s not true. In fact, in terms of hardware and operating system, each of the main competitors stack up fairly well. It’s the features and battery life where the watches start to differentiate themselves.
There is a market for each of these devices, just like there’s a market for iOS, Android, Windows Phone and even Blackberry devices. I don’t see any of these smart watches as so superior to the others that they will put the others out of business. One day maybe, but not yet.
Each competitor does a great job with the core functions of a smart watch. They all tell time, provide notifications, track health data, connect back to your phone and allow for some degree of customization. So how do you choose which is best for you?

Really, it comes down to the small details, like customization, ease of use, comfort, fashion style and connectivity. 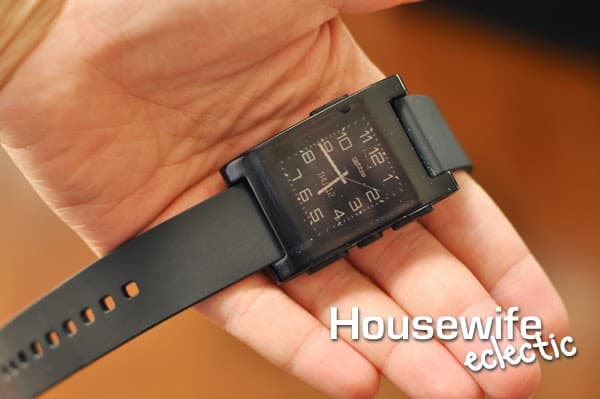 Consider Your Phone
The first thing you want to really think about is which type of phone you have. One of the great limitations of smart watches is just how dependent they are on a phone. And right now it’s a pretty proprietary battle. Android Wear watches only work with Android phones. And an Apple Watch will only work with an iPhone. So if you’re already a die-hard fan of one camp or the other, you may be tempted to just go with whichever works with your phone.

Unless you go for a Pebble, which works equally well with iOS and Android devices. In my mind, this is a definite win for Pebble. Apple has spent millions of advertising dollars trying to convince people that investing in their ecosystem is essential, but in today’s open web world, why tether yourself to one company? What if they change, and not for the better? I like that Pebble allows me flexibility if I one day decide to go from my iPhone to an Android device.

Battery Life
The next biggest consideration is probably battery life. One of the biggest limitations to both Android Wear watches and the Apple Watch is how fast the battery drains. The Android Wear watch batteries claim to last anywhere from 1 to 2 days, depending on use. The best case battery life scenario for regular use of an Apple Watch? 18 hours. Not even a full day. What if you work really long shifts? What if you forget to charge your watch? Once again, Pebble has the edge in this category. Because Pebble uses E-Ink technology,, its battery lasts up to seven days.

Battery life is important. Best case scenarios rarely hold true. If you get lots of notifications, or put your watch through the paces by using it a lot, the battery will drain faster. I usually get between 5 and 6 days of battery life on my watch, which is great. At worst I have to think about charging it twice a week. In my mind, the weakness of battery life, particularly on the Apple Watch, is a huge limitation. But if all the other features outweigh this then it may still be a good choice for you. 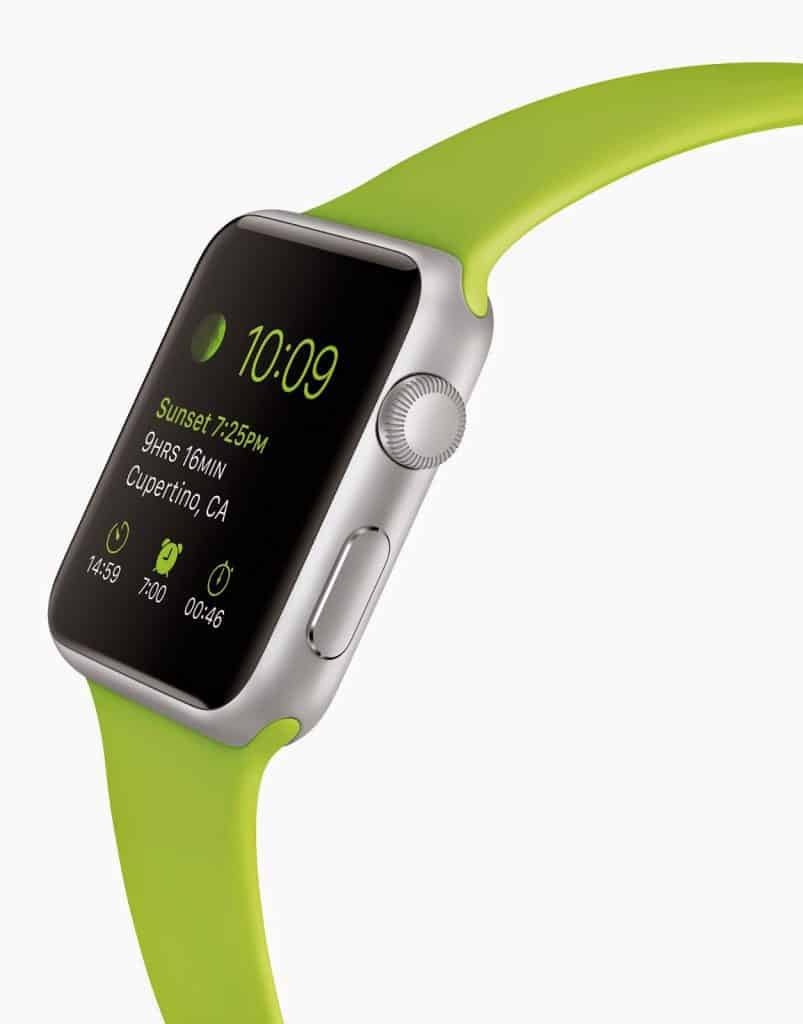 Style
Next up is style. Unfortunately, all the smart watches truthfully cater to men. They’re not very feminine. I wouldn’t say all are overly masculine, but all manufacturers are missing a huge opportunity to create watches that women want to wear. The challenge, of course, is most feminine watches are rather slim, so how do you shrink a watch face even further and still have it do what it needs to do?

But feminine style aside, there are other style points to consider. Many consider the Apple Watch the pinnacle of style. I think it looks like a scrunched up version of the original iPhone. Truthfully, almost all the smart watches look pretty similar, with the exception of the Moto 360, which features a very round watch face and slim wrist band.

Customization
Then there’s customization. When I got my watch, I didn’t think I would like the customization features, but I really do. I’m always looking for new watch faces. I switch them multiple times a week depending on my mood. It allows you to really express your personality. The Pebble is pretty good at customization and there’s an active community of watch face designers who regularly come out with new faces.

The Apple Watch also allows for a great deal of customization. And with the brighter, crisper display, the customization looks better than ever. It’s actually rather surprising how much Apple allows you to customize, particularly since their unspoken motto seems to be, “You will use our products how we think you should use them.” I probably just angered all the Apple fan boys, but that has been Apple’s take for a long time. It’s nice to see this more open approach.

This is one of the biggest weaknesses of Android Wear. Watch faces are rather limited, which is also surprising from Android, which is all about customization. See how fun the smart watch world is?

Ease of Use
If a watch is not intuitive and comfortable, it’s not going to be fun to use and won’t be worn. Apple Watch has a dial on the side called the crown, as well as the ability to tap, use gestures and apply different degrees of touch pressure to navigate. It’s an intriguing mix of input options, but it’s hard to say how intuitive it will all be. Android Wear devices rely on touch, which is familiar to phone users.

Pebble is the most primitive of the group, relying on four buttons, but it’s comfortable in a lot of ways because it feels like what you’re used to in a watch, particularly an analog watch. There are up and down buttons for navigation, an “enter” button to select, and a back button. It may seem really old school, but there’s something satisfying about physical buttons.

Price Tag
But for most people, perhaps the biggest consideration will be price point. The Apple Watch starts at $349. That’s the price of a new phone, yet it does a whole lot less than a phone. From there the price can go up to more than $10,000. They’re catering at a high-end market, which is not a bad move, but it’s interesting that the uber-expensive model doesn’t do anything different than the less expensive models. It’s just made of finer materials.

Android Wear watches hover between $200-$300, which is still pricey, but manageable, especially since they all look like nicer watches.

The first generation Pebble is a bargain at $99. There’s a Pebble Steel version, which has a metal face and nicer watch bands, which costs $199. Then there’s the new Pebble Time, which is a color E-Ink version, which is currently $179 on Kickstarter, but will increase to $199 upon full production.

Considering all the watches do essentially the same things, with the exception of some bells and whistles that may or may not matter to you, price may be the deciding factor. But I would look at the other considerations first.

My ultimate opinion is all the smart watches are still really young and in need of refinement. Your best option may be to wait a year or two for the watches to mature. But if you really want one now, there are options. If you want to test the water, you really can’t go wrong with the basic Pebble. At $99 it’s not much more expensive than a decent watch and does most of the things the Apple Watch and Android Wear watches can do. If you like it, but want something fancier, you can make the jump to an Apple Watch or Android Wear.

Are you planning on getting a smart watch? If so, which one and why?