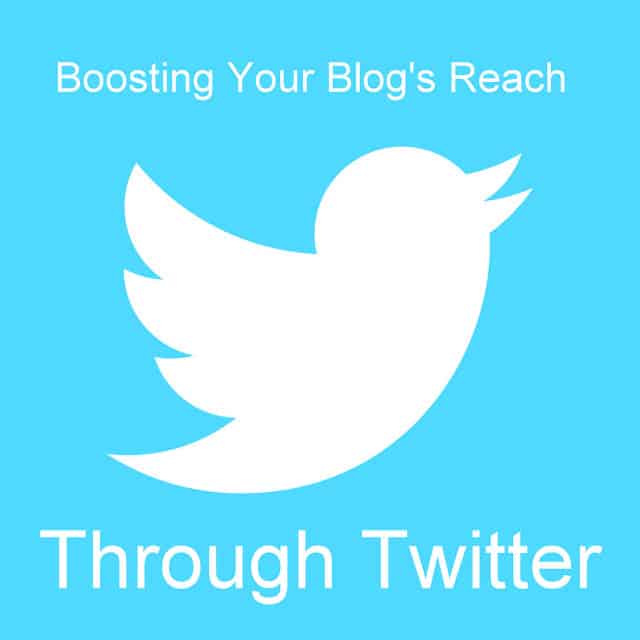 Last week I explained how to use Facebook to increase your blog’s reach. This week, I want to focus on another social media platform, one that has potential to be your greatest ally, if you use it correctly. I’m talking about Twitter.

Twitter is huge. It’s popular. And yet, it can be very overwhelming. I know I was overwhelmed by it at first. After all, it has its own language of sorts (all the @ and # signs every other word). Everything has to fit into essentially one sentence, and a seemingly cryptic one at that. And yet, Twitter keeps on growing. And there’s a reason for that.

The first thing to know about Twitter, is it’s not Facebook. Such an obvious statement, but if you don’t understand this, you’ll never be successful on Twitter. Facebook works like this: you post once a day to your friends, or fan base. As people read through their feed, they’ll likely come across your post. If they like it, they may interact be liking, commenting or sharing. This is so regular, you can almost count on your posts being seen and read by people.

So what do you do? Just not bother with posting? No. The key is to know how to maximize Twitter.

So far, you’ve probably noticed most of this post has been about how to really use Twitter. And that’s because until you really get how to use Twitter, you will struggle to use it well to maximize your blog content. Now on to the good stuff…
I know this is a lot to process for a site focused on just a handful of characters, but it makes a big difference. If I were to sum up the Twitter process in just a few tips, it would be:
By following these simple steps, you can see a definite increase in your Twitter success in a short amount of time. It’s a big time commitment, but you’ll soon find Twitter becomes natural and easy to do.