With the presidential elections coming up in less than two months, there’s a lot of political discussion going on. Personally, I think the power of the President is vastly overstated. We tend to put the blame for everything bad on the current president and anything that goes well surely must have been his doing too. For more on this, see the Freakonomics website.

So, if the president doesn’t matter that much, who does? Congress. These are the elected officials from your state who have the power to craft and vote on bills that become law, and those laws directly affect your life.

If you’re like me though, you don’t have time to watch C-SPAN, the bills are written in such complicated legalese that they’re impossible to understand, and trying to get a balanced view of anything political is nearly impossible. So how are you supposed to stay on top of what your elected officials are voting on?

Now there’s a simple solution: Popvox, a website designed to keep the average citizen informed on the proposed bills in Congress. Not only that, it tracks how your elected officials vote on each bill and allows you an opportunity to tell your congressman/woman if you support or oppose a bill. This is going to be juicy, in a very nerdy, political sort of way.

Before I go any further, I just want to clarify that I’m not trying to push any particular political viewpoint here. I don’t really care how you vote, as long as you actually take the time to know about the issues. Popvox is a great service that can help guide you along these issues.

To get started, go to Popvox.com and click the Join or Login link in the top-left corner. Here, you have the option of signing in with your Gmail, Facebook, Twitter or LinkedIn account. This simplifies your login process and Popvox only uses your account to obtain login and e-mail address information.

Once you’re in, you are taken to a screen that lists a slew of proposed bills. You can scan through the list to see what’s interesting, or you can click on one of their featured bills.

For instance, I clicked on H.R. 6079: The Repeal of Obamacare Act. While at this screen, I can scroll down and view what other Popvox users think of this bill. I can also read what supporting and opposing organizations have to say. For some bills, you can even read the bill text… if you can understand it.

You’ll notice below that I have two options: Support or Oppose. Once you’re knowledgeable about a bill, you can sound off by supporting or opposing. This is familiar to all of us in the Facebook age, but you might be thinking, “Who cares if I support or oppose it?” The answer: your congressman/woman. 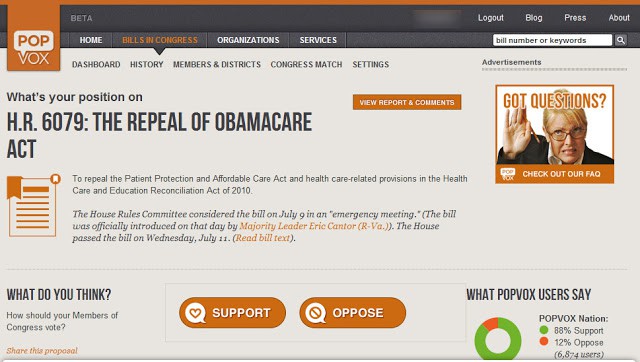 As soon as you click Support or Oppose, you are taken to a new screen that starts a series of steps to send your vote to your elected official. In this way, they actually hear from you, their constituent, in real time. This is politics evolved to the 21st century. No more can they get away with sitting far away in Washington, D.C. and do whatever they want. You can tell them what you want, which is the whole point.

So, after you click Support or Oppose, you have the option to simply finish, or write a quick comment/letter to your congressman/woman. A warning though: whatever you write will be sent to your elected official and it will become a public comment on the site. 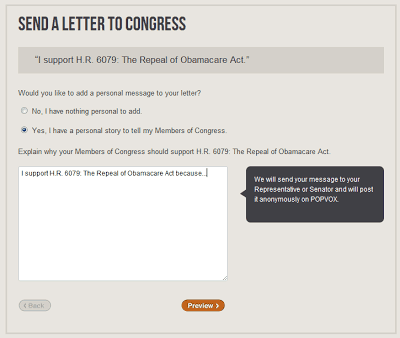 Once you’ve previewed your comment, you will be asked to input your address and phone number the first time you do it. They keep it on file after this for quick reference. This information is required for Popvox to send your letter to your elected official, which they will as soon as you approve your comment. Below, you can see the letter I wrote addressed to my elected official. As soon as I press “Finished,” the letter is sent off. I did my part as a responsible citizen. 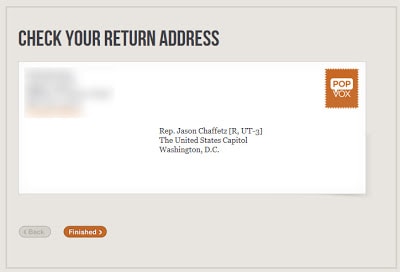 Another useful tool on this site is their map which shows what people think based on districts. This can help you see what your fellow citizens think. 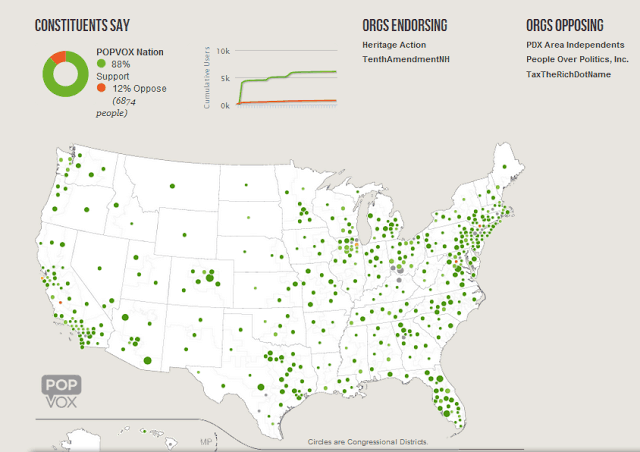 One of my favorite features is their Congress Match option, which allows you to look up specific members of Congress. You can learn about them, the bills they sponsor or co-sponsor and how they vote. This helps you keep tabs on these sneaky politicians. 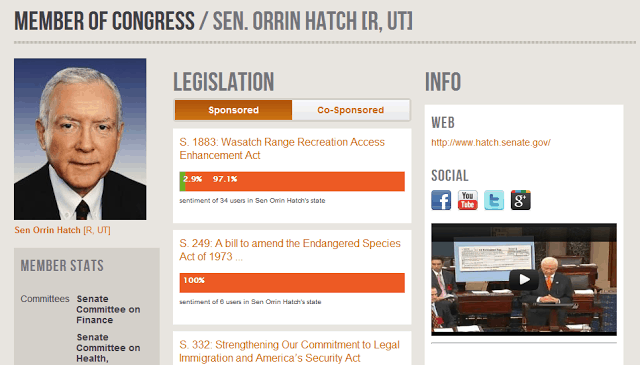 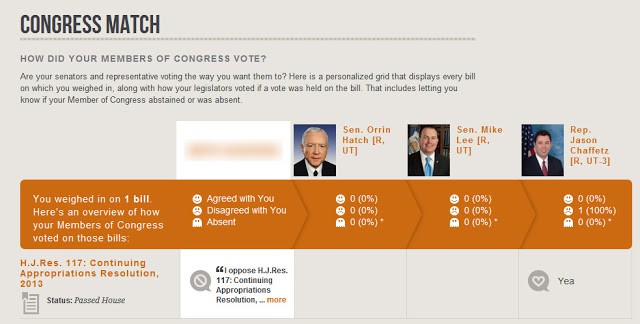 While Popvox is a cool service, it does involve a lot of interaction and time commitment on your part to make it worthwhile. The more time you spend supporting and opposing bills, the better you’ll be able to see how your elected representatives are doing. But imagine how powerful this would be if all your Facebook friends supported or opposed even just the hot-topic bills. Our elected officials would be reminded of the phrase “We the People,” and we can get a say back in the affairs of this country.