A long time ago, when Gmail was in its early beta stages, you had to receive an invitation to have a Gmail account. I received one from a friend, who only had 10 to give out and was kind enough to hook me up. I remember thinking at the time how cool Gmail was. I still do. However, Gmail really hasn’t evolved a whole lot since then. Sure, it has added a few bells and whistles, but the concept is the same.

Then again, email in itself hasn’t changed much since I got my first AOL email account as a teenager. That’s all about to change, and by no less than the folks who helped make email huge in the first place: AOL.

Don’t worry, they’re not going to start mailing out installation CDs again, but they do have a new email solution that is not only innovative, but beautifully crafted and enjoyable to use. It’s called Alto. It’s a free email service provided through AOL that allows you to sign up with an existing AOL, Gmail, Yahoo or iCloud email address. 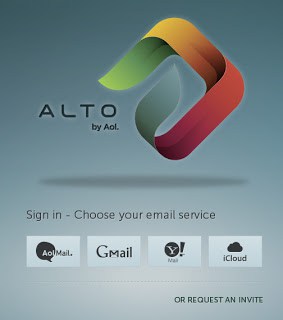 “Wait, I’m signing up for an email account with another email account?” Not exactly. See, Alto isn’t so much of an email account as an email solution center. It takes existing emails and sorts them in beautiful, logical and simple ways, making email not only easy to use, but fun again.

When you sign in to Alto, you are greeted with an inbox, though sleeker and more stripped down than anything you’ve ever used in the past. I linked my Gmail account to Alto and within a couple minutes it had downloaded all my messages. 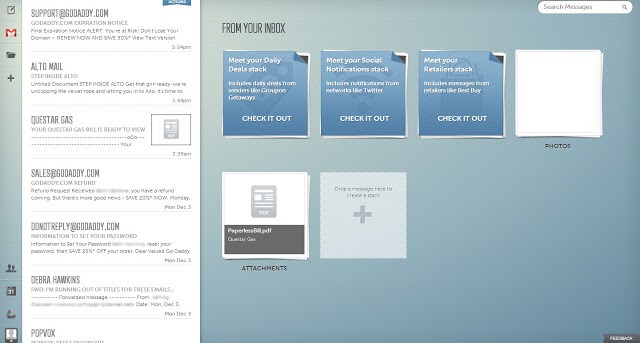 On the far left side you’ll find your navigation buttons. We’ll get to those in a minute. The white panel on the left contains your emails. This should be familiar. The large area on the right contains your stacks. Alto is built on the idea of stacks. Basically a stack is a collection of similar emails, similar to folders.

By default, Alto creates a few handy stacks for you by going through your emails. For instance, there’s a Daily Deals Stack, which contains all the emails you get from companies you signed up for that send you daily deals (think Groupon, LivingSocial, etc). You have the option to allow these items to directly bypass your inbox and flow into this stack, which means the emails are there when you want to see them, but don’t clutter up your inbox. This is a lot like Unroll.me, but all within one service. 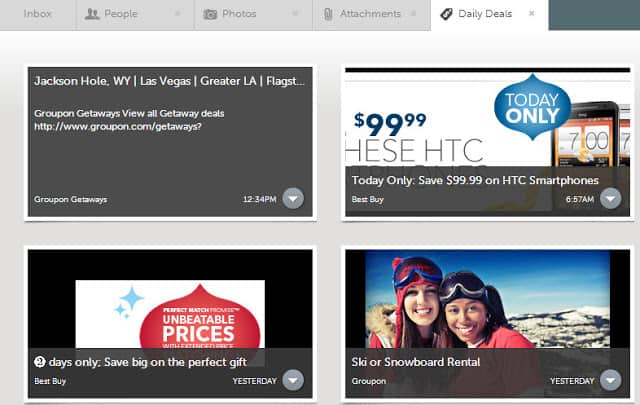 There is also a Social Notifications stack, where all your Facebook, Twitter, LinkedIn, Pinterest, Google+ (the list goes on) flow into. Again, you can select these items to bypass your inbox and go to this stack. A similar stack is the Retailers stack, which is where emails from your favorite stores flow into.

Besides these default stacks, there is also a photos stack and an attachments stack. This is a very nice feature. I hate looking through past emails trying to find that one photo or attachment I know someone sent me. With these stacks, I can quickly scan through just photos or just attachments and find exactly what I need. Plus, it’s a piece of cake to download or share these right from the stack.

Besides the main stacks, you can create your own custom stacks. Simply drag an email message from the email area on the left to the stack with the plus sign on the right, and voila! Your stack is created. So, let’s say I drag an email from a friend over to create a new stack. Alto automatically puts past and future emails into this stack. This is similar to the idea of folders in other email services, but so much prettier.

Let’s go over the left-hand navigation options. At the top, you have a few key items. Going from the top to the bottom: 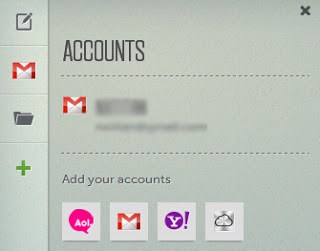 Composing an email in Alto is similar to any other email program, though the layout is super simple, much like the new look for Gmail’s email composer.

Moving on with the navigation, if you go to the bottom-left side, you will see a few more options:

Let’s talk about the People option, because it’s really cool. When it opens, it follows a similar format as you’re used to with the Alto email section. On the left is a list of your contacts. On the right though, is a social media feed. You can easily connect your Facebook, Twitter and LinkedIn accounts and Alto will automatically flow those feeds together for you. This makes it super nice for you to check your email and social networks all at once. 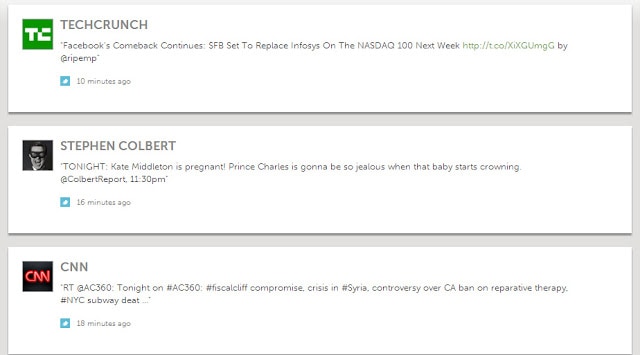 I’ve only played with Alto for a couple hours now, but I’m already in love with it. The interface is clean. It’s simple and intuitive to use and it’s fast. I love how visual everything is. There are a couple downsides though. One thing I noticed is it’s rather slow at pulling in my contact list. On its first load, it only grabbed six people. When I signed in again, it jumped to 13. I’d imagine this continues over time.

The other big downside is there is a waiting list to get on board with Alto. I say downside, but it’s understandable. This is a new service, still in beta testing, and they want to make sure things work without crashing the system. Gmail was in a beta testing mode for a long time. I signed up for Alto back in late October and just today got accepted. I have been anxiously awaiting this day since then, but I have to say, it was well worth the wait. Sign up to get on the waiting list today!