All great civilizations have their heroes. From the Greeks and Romans to the French Revolution to the English Empire to today’s American legends, heroes have played a critical role in teaching future generations principles of honor, devotion and sacrifice.

This last week, one of America’s greatest heroes of the last century passed away: Neil Armstrong. While I wasn’t even a thought when he landed on the moon and took those first impressive steps on an alien landscape, he has been a hero of mine since childhood. I wanted to be an astronaut because of his courage and adventurous spirit.

Sadly, this hero has passed on, but his legacy continues. Today’s Wednesday on the Web (technically this week it’s a Thursday on the Web) is a tribute to Neil Armstrong and the Apollo 11 mission that put the first man on the moon.

The site WeChoosetheMoon.org is an amazing online resource that documents the mission from start to finish in archival pictures, videos, actual sound clips and 3D animation. Even if you were alive for the real deal, you probably didn’t get this up close and personal to the event.

When the site initially loads, you are taken to the launch pad. You will instantly hear chirps and sound bites that are recordings from the actual mission, which gives the feel of really being there.

On the left is the mission status tracker, which will follow you throughout the experience. On the right side of the page are transmissions back and forth between the astronauts and NASA. These are done in the form of tweets, which is kind of a fun way for modern readers to visualize history. At the bottom of the screen is a map showing the different stages of the mission. 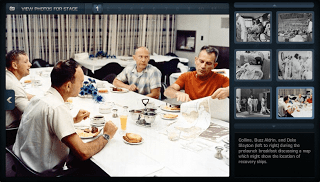 Besides just allowing you to listen in and read the “tweets,” you can also change your view and open up photo and video galleries. Throughout the site there are a number of galleries dedicated to President John F. Kennedy, which is fitting seeing as he set such a high standard for America to achieve such an audacious dream. 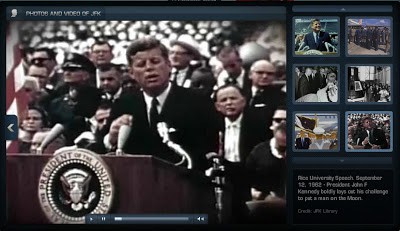 One of the great videos is the speech President Kennedy gave at Rice University on September 12, 1962. It is one of the greatest presidential speeches of all time and gives me chills each time I listen to it. In this speech, President Kennedy said, “We choose to go to the moon in this decade and do the other things, not because they are easy, but because they are hard, because that goal will serve to organize and measure the best of our energies and skills, because that challenge is one that we are willing to accept, one we are unwilling to postpone, and one which we intend to win, and the others, too.”

His words represent a different time in American history, one in which the American spirit was strong and the will to push through and accomplish seemingly impossible things was the norm rather than the exception. 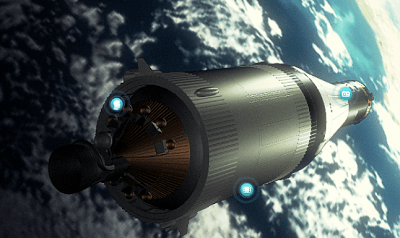 After you push the button to launch the rocket, you steadily go through the various stages of the mission, each providing new audio, tweets, images and video. 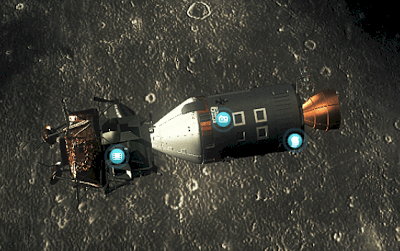 At some of the stages, the animation is breathtaking, particularly when the lunar module is touching down on the surface of the moon. Even though I know they made it, I still found myself holding my breath in anxious anticipation as I watched it descend and make contact with the surface.

It’s hard to do this site justice in a blog post. This is definitely a site where you have to experience it yourself.

Even if you’re not a big space buff, the Apollo 11 mission was such a big part of our nation and world’s history that you owe it to yourself to spend some time on the site. If you have children, this is a great way to get them excited about space exploration.

This site probably won’t change your life, but it is a worthwhile way to spend a good hour or so that you will find educational, entertaining and awe-inspiring.