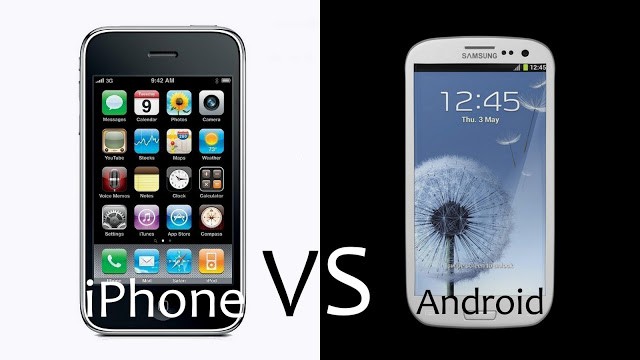 I always feel this is an unfair question, as the person asking it seems to assume I know what’s best for them (which, of course, I do – they should give me money) and that there is one true mobile device that is the best.  The truth of the matter is there is no one clear winner in the mobile device market. Especially in today’s competitive smartphone world. Almost all high-end smartphones are pretty good.

That being said, I do have some definite thoughts on the pros and cons of various mobile devices. I’m also in a good position to provide this information seeing as I’ve owned an iPhone, Android smartphone, iPad and Nexus 7. I’ve seen the best (and worst) of both worlds. I know what works best for me, but that may not work best for you. To maximize the power of a mobile device, you have to know what you want to get out of it. So, without further ado, here are my thoughts:

As I said earlier, you can’t really go wrong with a high-end smartphone. As long as you choose one of the top-5 ranked devices, you’re going to be pretty pleased. However, there are some definite differences you want to consider.

When it comes to smartphones, there are two broad categories that have to do with the operating system: iOS (Apple/iPhone) and Android (Samsung Galaxy SIII, Droid, Note II, etc.). Because only one company produces products for iOS, there are a lot of different Android devices on the market. And they don’t all necessarily function the same way, even though they share an operating system.

As you can see, the pros for both iOS and Android far outweigh the cons. Again, I don’t think you’ll really go wrong either way. Also, just because Android has a few more pros and a few less cons, doesn’t mean I think Android is necessarily the better product. For me, it is. I like being able to customize every little detail. I love how easy it is to share between apps, and I really love the Google integration through everything.

Which do I personally use? An iPhone. My work provided it for me. I enjoy it. I think it’s a great phone and it serves me well. Am I jealous of my wife’s Samsung Galaxy SIII? Yes, very much so. But I don’t think it’s lightyears ahead of the iPhone. They’re just different.

Which phone should you get? I can’t answer that for you. You have to. If you’re new to the smartphone world and want something that’s easy to use, I would recommend Apple. If you already have an iPad, iPod Touch or an Apple computer, an iPhone is a no brainer because of the integration.

However, if you’re a more advanced user, or don’t like paying lots of extra money for essentially the same thing, maybe Android is the way to go. Whatever you choose, make sure you spend the time playing around with your phone and learning all its features. The more you know about how to use your phone, the more you’ll get out of it and the more it will simplify or enhance your experience.

What smartphone do you use? And what do you love/hate about it?