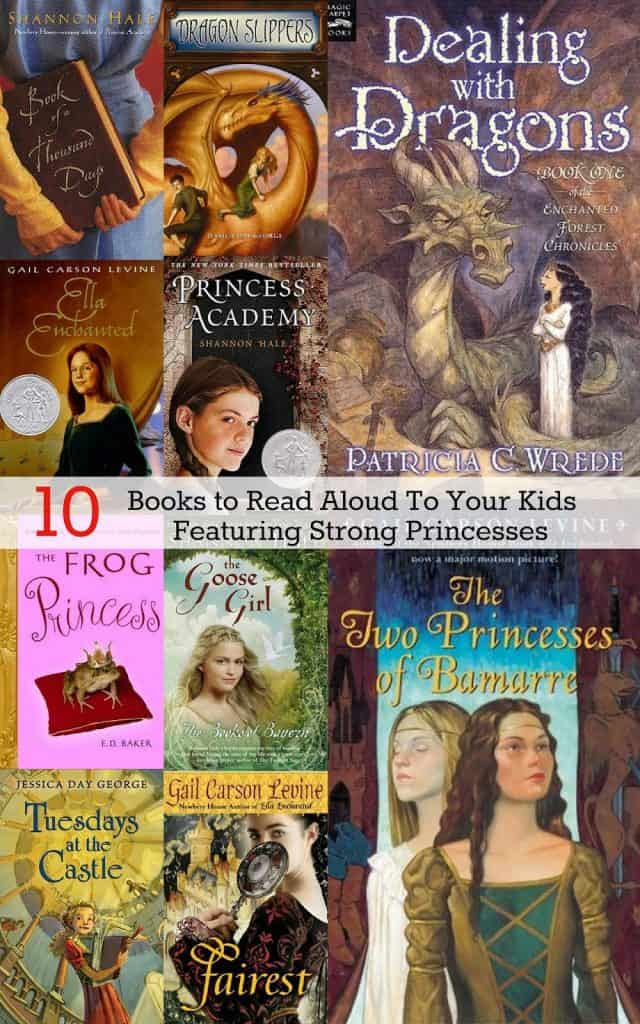 Lately, I have heard a lot of negative thing about princesses. We talk about princess complexes and bratty behavior which leads to the idea that we shouldn’t let out children pretend to be royalty. In our house, I have seen the complete opposite. We talk about how princesses are strong people, how they need to help people because they are in a position to. We talk about how being important it is for a princess to be kind and polite. Pretending to be a princess has never limited by daughter because we had always made sure to read stories about strong girls and strong princesses. These books are my favorite read aloud books featuring strong princesses and girls and all of them have wonderful messages for both boys and girls.
I do have to include a shout out to The Paper Bag Princess, although it is a picture book instead of a chapter book, I think it is one of the best princess stories of all time. Can you think of any other books featuring strong princesses?