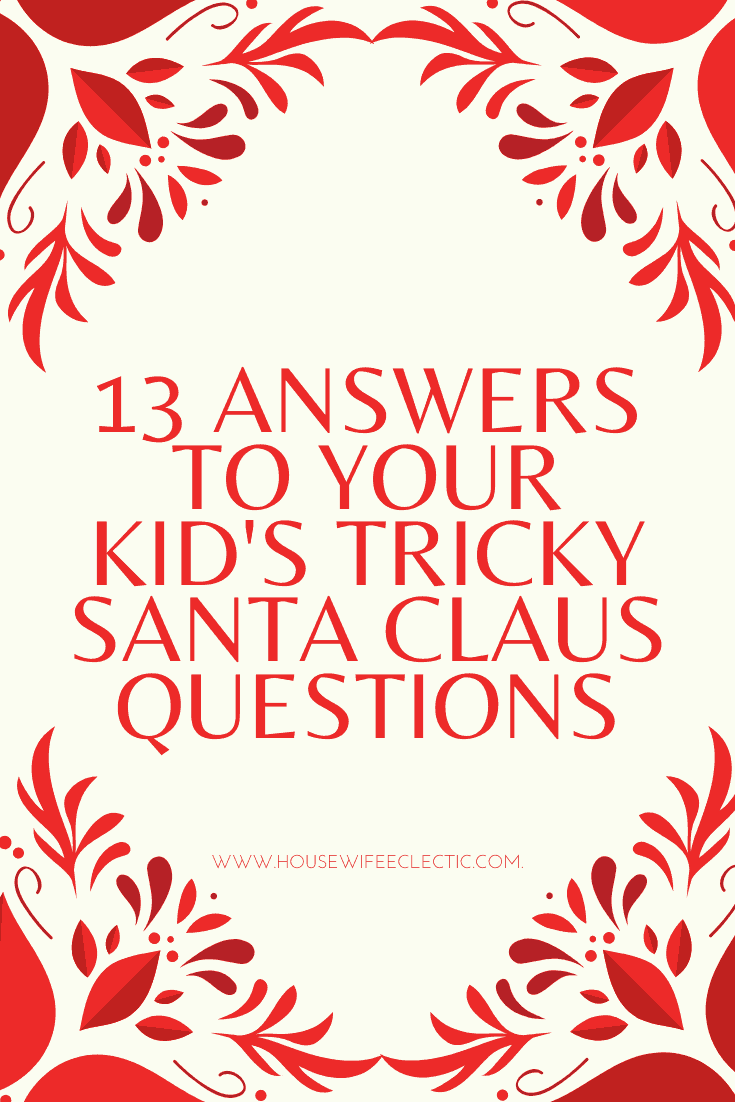 Let’s face it, the story of Father Christmas does take some believing so is it any wonder our kids are full of questions about who he is? How he delivers all the presents? And how he fits down the chimney? So, if you’re stuck this year, then here’s a little help for you to keep the magic alive.

How old is Santa Claus?

How old is Santa Claus? Well the answer to this one is difficult as no one really knows. He is very, very old but because he is also magic, so he lives forever. He doesn’t like to tell people his real age is because he actually can’t remember and stopped counting a long time ago. You can be pretty sure he has white hair and a white beard, so he must be pretty old to have that, but who knows?

Is the shopping center Santa the REAL Santa?

The real Santa is still at the North Pole, making his list and checking it twice. He’s really busy making your toys and getting everything ready for the big day. He needs to make sure his sleigh is working, all the reindeer are ready and that nothing will go wrong. He doesn’t have time to go to shopping centers, garden centers and anywhere else, to sit all day smiling and ho-ho-ho-ing and speaking to you. So instead he sends his helpers to do this. You should still take your visit seriously, though, because the helper Santa reports back to the real one. He will be really nice though; he’s not checking up on you, he just wants to make sure that he knows exactly what you’re asking for so that you’re happy on Christmas Day. 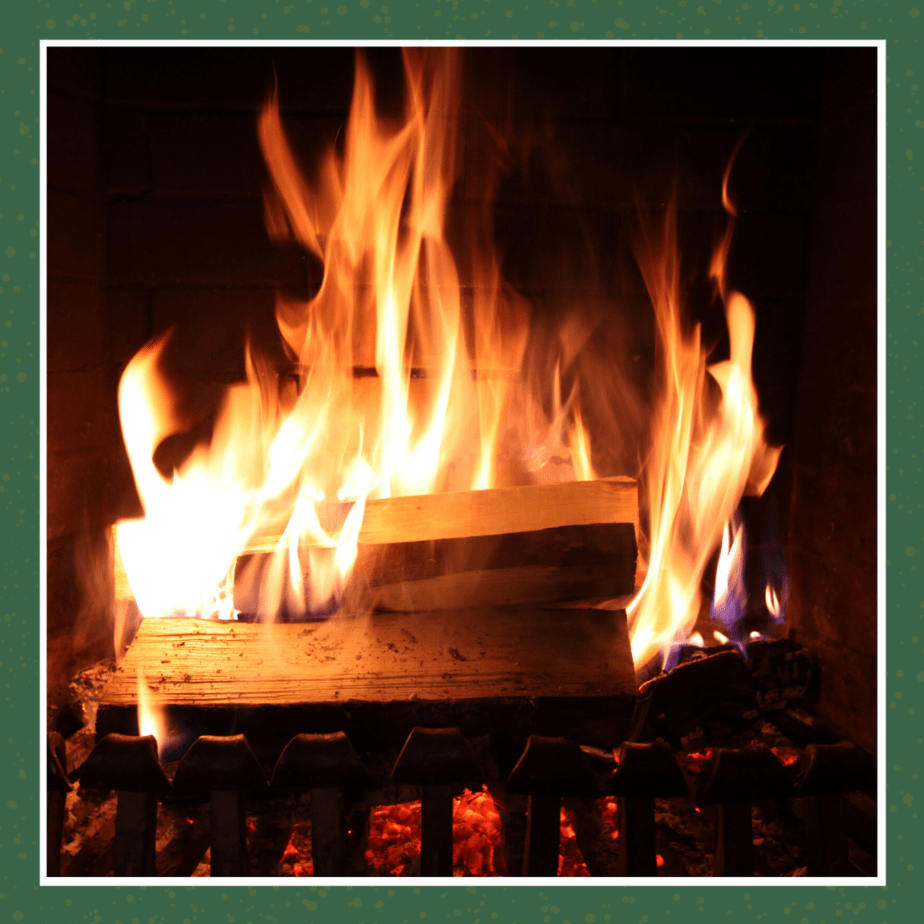 How can Father Christmas come down the chimney and not get burned?

He’s magic (This works pretty much every time when you get stuck!)

How does Father Christmas have time to get around all the houses in the world in one night?

Here’s your chance to educate your child and explain time zones, or you could download a Christmas Eve Santa tracker app or of course just resort to ‘he’s magic! Again. Equally, you could go with something like he doesn’t experience time the way we do so that Christmas night lasts a long time for him, to give him all the time he needs but runs quickly for us. Or get into it and tell them that Santa has more than 24 hours due to the earth’s tilt and all the time zones, so when people in America are going to bed, the children in Australia have already opened all their presents and are getting ready for a barbie. It’s a good question and is again one we don’t really have the answer to, but the NORAD Santa tracker is a pretty good way of explaining it on Christmas eve, and it’s also a very exciting activity on Christmas eve that will keep them entertained.

Do all the presents for all the children in the world fit on the sleigh, or does Santa have to go home to stock up?

His sleigh is also magic; it is small on the outside but huge on the inside. He doesn’t really have time to go home and stock up, so Mrs. Claus made him this magic sack years ago so that he could fit everything in as the population grew.

We don’t have a chimney. How will he get in?

He’ll walk right through the front door! It’s that simple. If your child is worried, you could always leave Santa a special magic key, get your child to decorate it with ribbons and sequins. Or you could go with the teleporting explanation. There are loads of different ways Santa could get in, he’s so clever, and he’s been to so many different houses, he knows exactly what he’s doing.

Why did the reindeer leave the carrot but Father Christmas drink all the whiskey or milk?

Father Christmas doesn’t want to leave behind a drink that could be spilled in the morning’s excitement, plus he’s very thirsty, he’s so busy on Christmas eve, it’s just a nice thing to provide him with a drink, so he doesn’t have to waste time making his own. Also, the reason the reindeer leave some of their carrots is so that they are not too heavy to fly. They like to have a bite and get some energy, but they also can’t eat too many in case they are sick.

How come he doesn’t get a stomachache from eating all the mince pies and does he get drunk from the whiskey?

Well, he does have a belly big enough to fit all those mince pies in, but also in different parts of the world, people leave him different things. So, when he’s in America the children leave him milk, so he can have as much whiskey as he likes in the UK because after that he’ll go to the US and he won’t have any there. 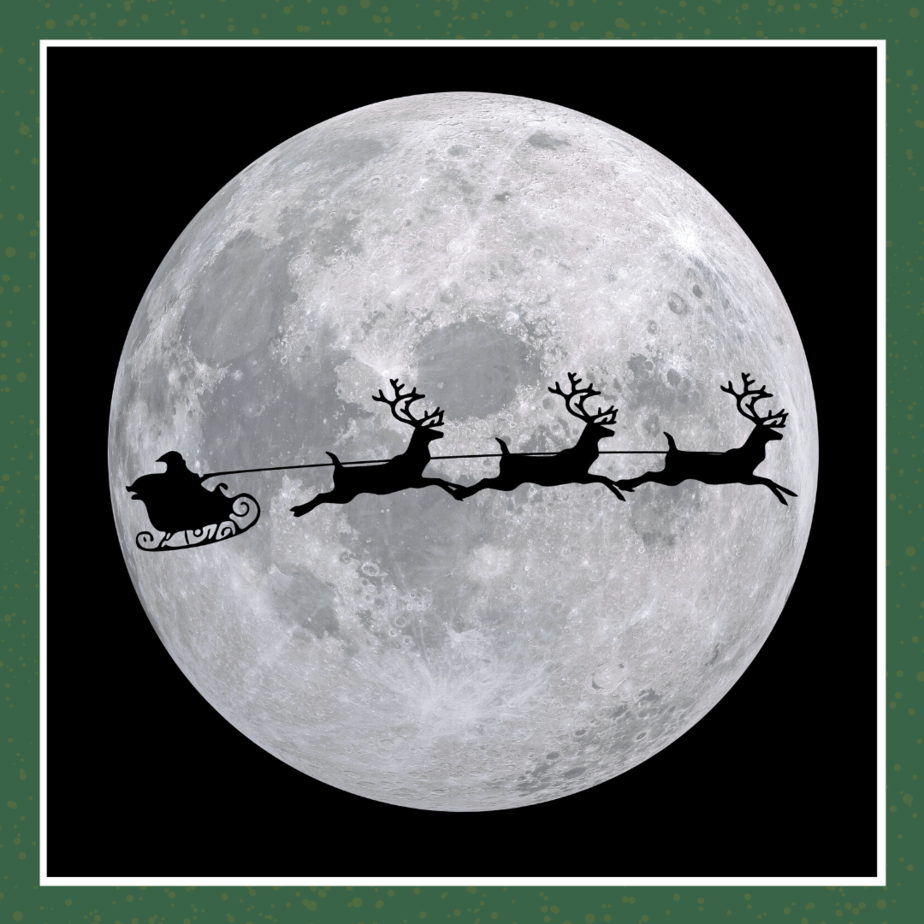 How come those reindeer can fly but normal ones can’t?

Father Christmas isn’t a normal guy, and his reindeer aren’t normal either. They’re magic, and they can fly because they have a job to do, they have to pull that sleigh so that you get all your presents and if they walked they would be far too slow.

How does he really know if kids have been bad or good?

Santa has eyes and ears everywhere. First of all, he has his Elves; if you have an Elf on your shelf, then this guy will be the main one keeping an eye on you. Otherwise, you have mummies and daddies, teachers, babysitters, and even the bus drivers who are helping him out too and just letting him know every now and again, what’s going on. You can get an app where Mummies and Daddies can call Santa, and actually these days, Alexa is a really good spy for Santa, and she has his phone number, and you can ask her to call him for you too, try it! Just to be safe, tell your kids that it’s probably a good idea to be on their best behavior everywhere they go, all the time, no matter what. 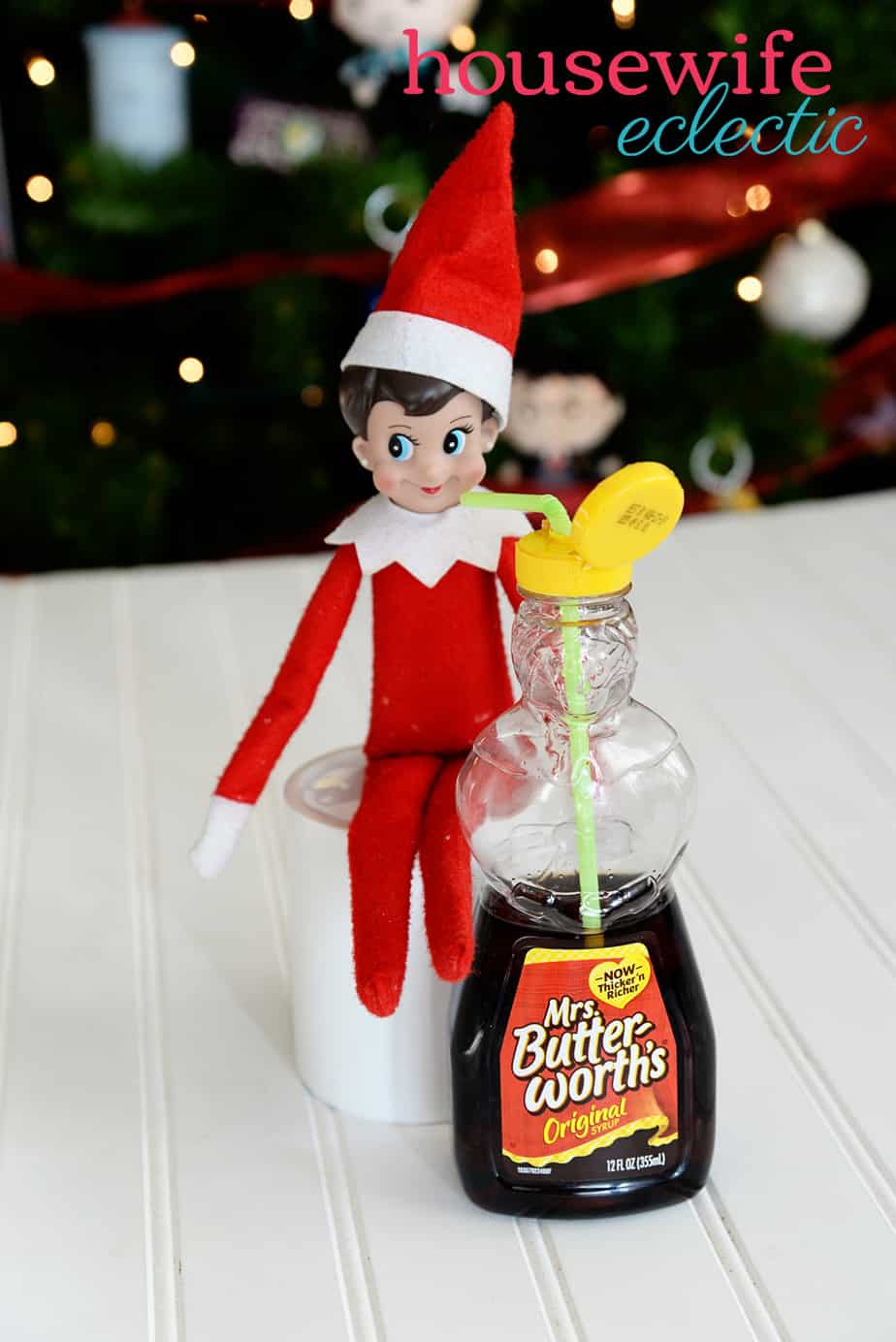 If my elf doesn’t move every night, does that mean he didn’t report to Santa Claus?

Your elf on the shelf does not have to be there in person to tell Father Christmas what’s been going on. Elves can communicate with headquarters over special elf waves; they have phones too and Alexas. We know the weather is pretty cold and snowy in the North Pole and it’s not uncommon for there to be a blizzard in the North Pole, or there might be air traffic that keeps the little elf grounded, and sometimes your little elf is just so so tired from making all those toys and getting everything ready that he just hasn’t got the energy to go to the North Pole that night.  He tries to go back as much as he can, but if he can’t get there, it’s nothing to worry about.

Why doesn’t he visit the poor children in Africa?

Now, this is a tricky question! Try going for something like this: “Of course, he visits them, but what the children wish for in Africa may be very different from what you wish for.” This is actually a great opportunity to remind them how lucky they are and also to teach them about different countries and cultures. 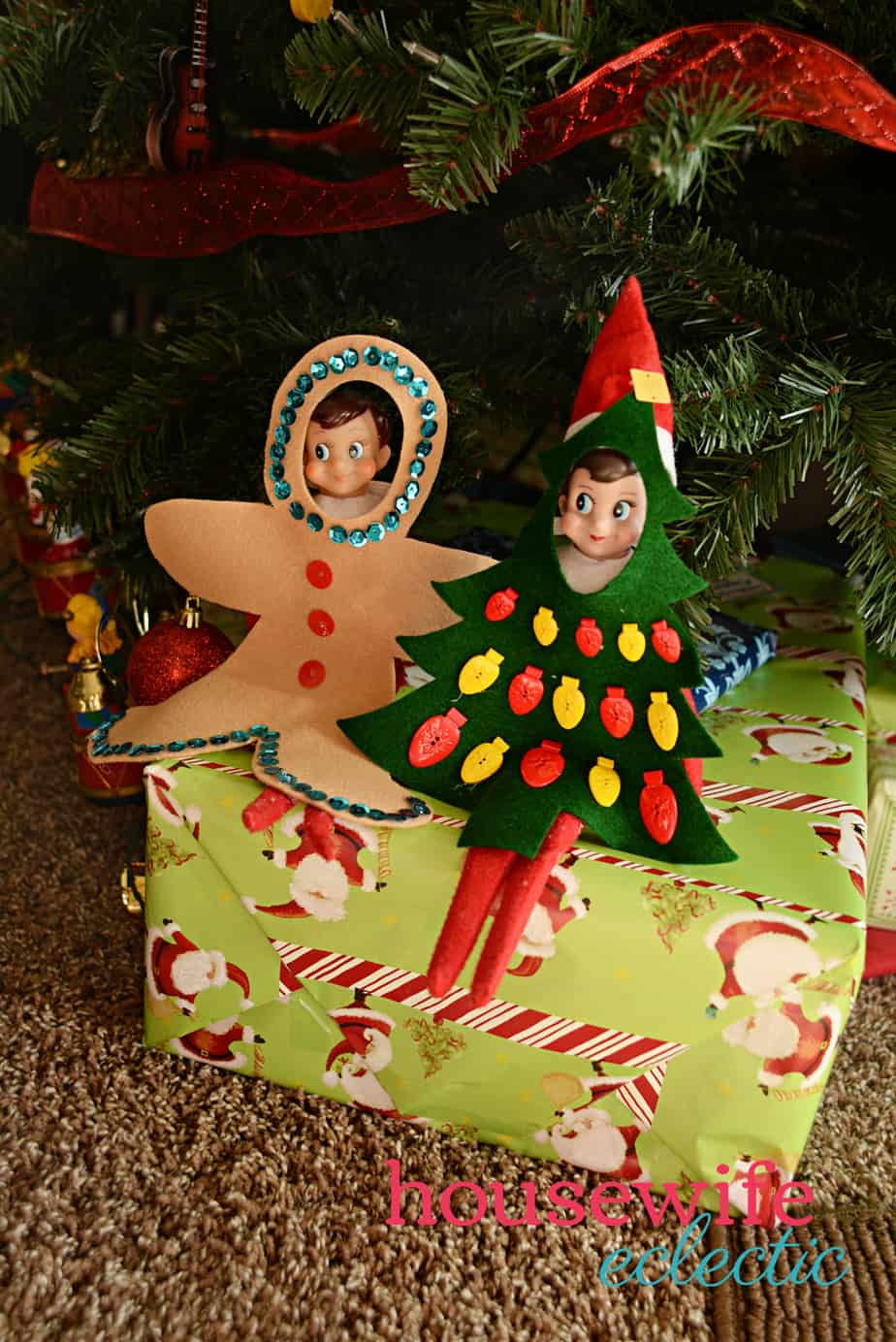 Why does Santa have the same wrapping paper as my mum?

Every once in a while, Santa reaches into his sack to pull out a present and discovers it’s not wrapped. This means that some elf didn’t do his job and will probably be demoted to cleaning the reindeer pen on December 26, but in the meantime, the big guy keeps his cool and goes into your mum’s wrapping-paper stash to borrow just a little to wrap the gift.

Answers that will also work for any of these questions: “Magic,” “Ask your dad” or, if you need to, “Look, kids, is that a reindeer?”

There are so many Christmas films that will answer your kids’ questions, and while some may contradict each other, you could also go with the fact that no one actually knows the truth. He’s magic; he only comes if you’re asleep, so you just have to guess a few things. But one thing you do know for sure is that he comes, with presents, without fail somewhere between when we fall asleep on Christmas Eve and before we wake up on Christmas Day.