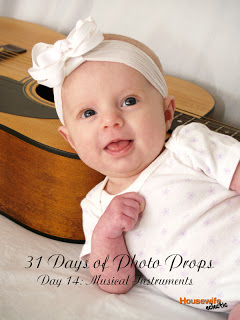 One of my first questions when I am scheduling a senior portrait session is “Do you play an instrument?” While not everybody plays an instrument, those who do have spent a lot of time with it and it is worth capturing.
For a lot of people, the playing an instrument ends when high school does, but for some, the love is life long. Don’t limit instruments to just seniors. My husband is a very talented musician and while it isn’t something he does to support our family, it is something he does on a daily basis. When I was taking pictures of our infant daughter I wanted to do something he would like, so I photographed her leaning up against a guitar. Almost four years later it is still one of our favorite pictures because it is so personal for my husband. 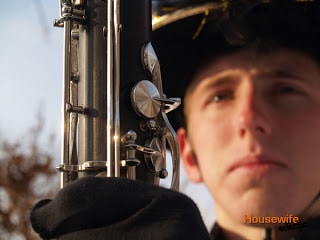 Although I sometimes photograph babies and other subject with instruments, it is mainly seniors who bring their instrument to a shoot. With instruments I try to use new angles and focus points. In the photo above, the subject was in marching band, so I photographed him at attention. 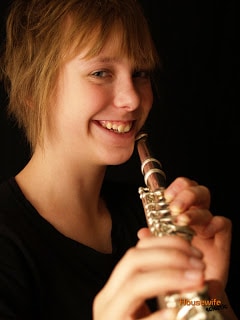 A lot of the times I photograph their hands while playing their instrument. I ideally like to have their face somewhere in the shot, but I also do close ups. 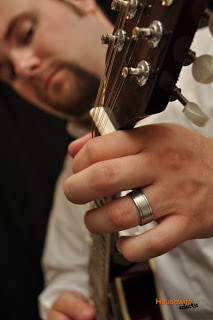 Try to think outside of the box with instruments, just because playing an instrument is often see as nerdy, you don’t have to photograph it that way. How about a little Men in Black instead? 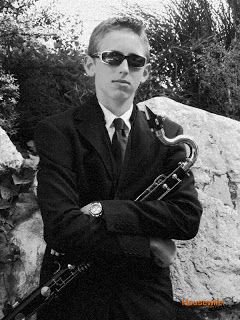