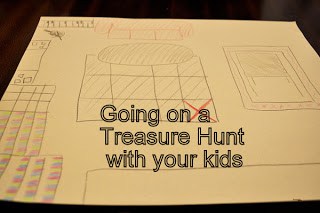 Just a little while ago, my little girl saw her first episode of Jake and the Neverland Pirates. Ever since, everything in our house has been eye patches, treasure maps and a few tantrums because apparently you “Never say Never to a Neverland Pirate,” especially when they want candy. One night before bed, if she found a treasure map it would be the best day ever and so I set out to make it happen. 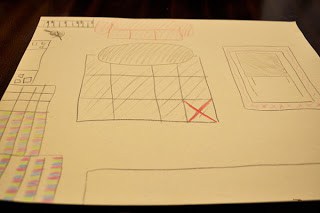 I drew a map of our living room, my drawing skills leave much to be desired, but at least my little girl could tell what the map was (you know, after I pointed a few things out). After drawing it, I burned the edges to give it that map feel. 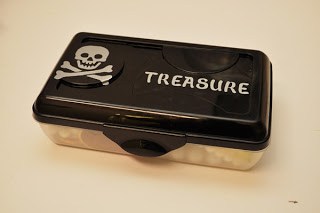 Lu, made this cute treasure box out of a pencil box and silver vinyl cut with a Silhouette. The treasure box was filled with chocolate coins, jewels and necklaces. I found extra gold coins at Hobby Lobby in the party section and plastic diamonds (like the kind you scatter on a table) in the wedding section. 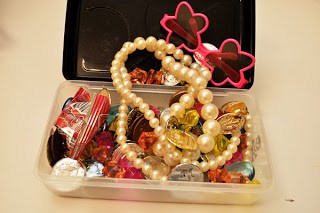 We gave her the map and briefly explained how to read it and then told her to find the X. 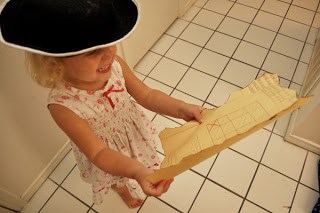 I made the X out of red scrapbook paper and then we put the X on top of our rug, so that she would have to “dig” to find the treasure. 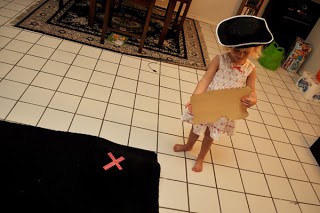 She found the x and started “digging.” 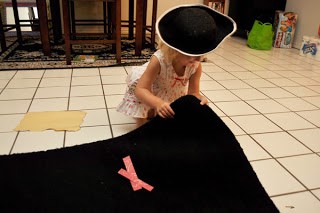 After finding the treasure box, she walked around for the next few days telling everybody she was a real life pirate. We love this treasure box, in fact it is still one of our most played with toys. 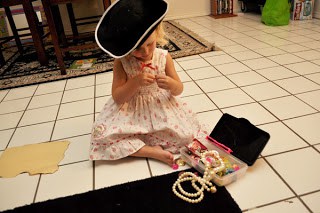