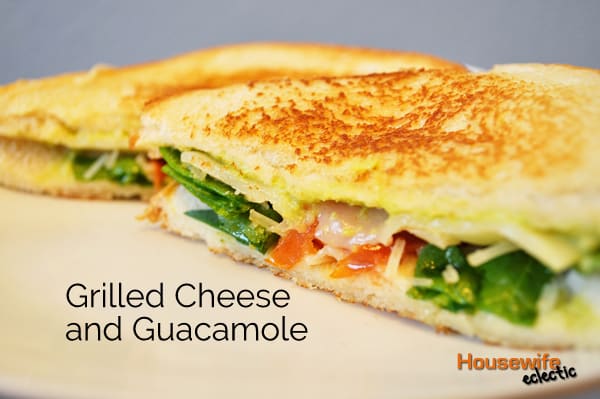 I love avocados. I could honestly eat them at every meal and never grow sick of them. There is something about a nice creamy avocado that always makes me want to reach for more. I don’t make grilled cheese sandwiches for dinner very often because when I was little grilled cheese sandwiches were what my mom made when we were sick. Seriously, I associate them so much with sickness, that I always feel faintly sick when I eat one. I decided to set out to make a better grilled cheese, one that I would crave instead of associate with the flu.
You will need:
Bread
Butter
Provolone Cheese
Sliced Tomatoes
Shredded Parmesan
Spinach
Guacamole
Olive Oil
The first thing you need to do is fry the sliced tomatoes in just a little bit of olive oil. The tomatoes won’t cook as fast as everything else, so cook them before hand. Then butter your bread, add the provolone the closest to the bread, so the cheese can melt. Add the tomatoes and then Parmesan  and spinach. Spread the guacamole on the other slice of bread before putting it on top. Cook in a pan until both sides are golden like with traditional grilled cheese.
You can use any kind of guacamole, but I love my homemade recipe, found here. The sandwiches will still be good if you don’t have shredded Parmesan, but I think its gives it a little something extra. These sandwiches are delicious, now I want to eat them for every meal instead of just avocados.
How do you like your grilled cheese?