We have been studying natural disasters and weather in general in preschool lately. We live in an area of the country where the weather is pretty much the same all year round, so we have been talking about winter, fall, volcanoes and tornadoes.

The past couple weeks our 3-year-old has heard my husband and I speaking about tornadoes and our sadness for those affected by them, and has begun to ask us what a tornado is. We took the opportunity to teach her about them. I wanted her to understand what a tornado was and what it could do without scaring her. This is how our lesson went.

Do you know what a Tornado is? A tornado is a bunch of air turning and turning in circles very quickly. When the air turns in the air quickly it is called a funnel cloud. When the funnel cloud touches the ground that is when it becomes a tornado.
Most tornadoes come from thunder storms, usually when warm, moist air from the Gulf of Mexico and cool, dry air from Canada meet. Scientists are actually still learning a lot about tornadoes, like what makes them stop. There are still lots of mysteries about them.
Tornadoes usually happen in the same area of the USA every year. A lot of times they happen right in the middle of the country in Texas, Oklahoma, Kansas, Nebraska, South Dakota, North Dakota, Iowa, Missouri, Arkansas and Louisiana but they can happen other places as well.

This is the video we watched about tornadoes. I choose it because it was done by National Geographic and most of the homemade videos have lots of swearing in the background. I do think this movie freaked my 3-year-old out a little bit while we were watching it. There is a scene where a house is torn a part. There was no lasting effect though, it was like a scary moment and then it was past, but you might want to preview the movie first and decided how your child will handle it.


For our activity I bought a Tornado Tube. It was $2.99 at Hobby Lobby and I used a 40% off coupon, making it a pretty good deal. You can also used duct tape with your soda bottles, but I really feel like the tube was worth it. 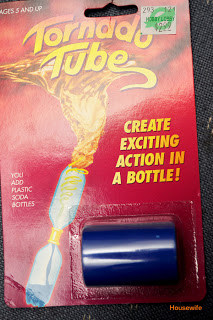 You will need a Tornado Tube or duct tape, two soda bottles and a towel. 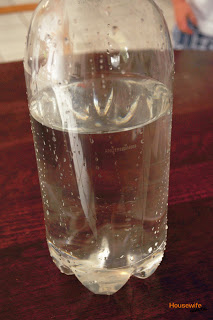 Fill your one bottle up 2/3 of the way and then attach the other bottles to the top. When I was first trying to get my Tornado Tube on, it wouldn’t go. I discovered the small plastic ring that is left from the lid needs to come off for it to work. 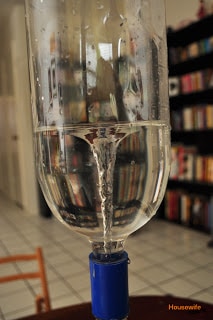 Flip your bottle upside down on the towel and rock it in circular motions until you get a tornado going in the top. We made our first tornadoes with just plain water. 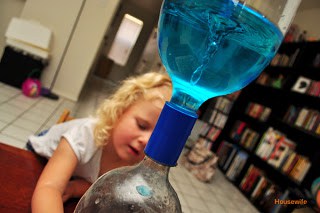 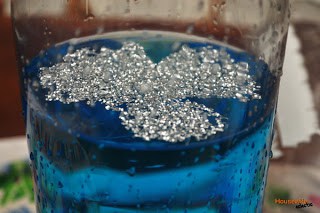 Then I added glitter, which I don’t think really made any sort of difference whatsoever. 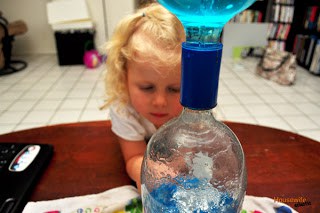 My daughter was obsessed with the rain storm that happens in the bottom bottle, it took me awhile to get her to watch the tornadoes but when she saw what she was looking for she was enthralled. 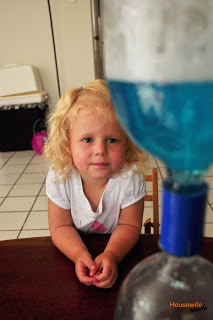 After the glitter, I added soap, which was also a fun addition, creating lots of bubbles. 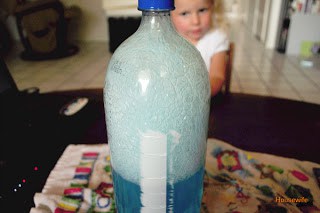 My daughter is still asking me if we can make more tornadoes. This lesson requires a little planning to make sure you have the soda bottles on hand, but it is worth it. It is a memorable lesson that introduces tornadoes on effective level.