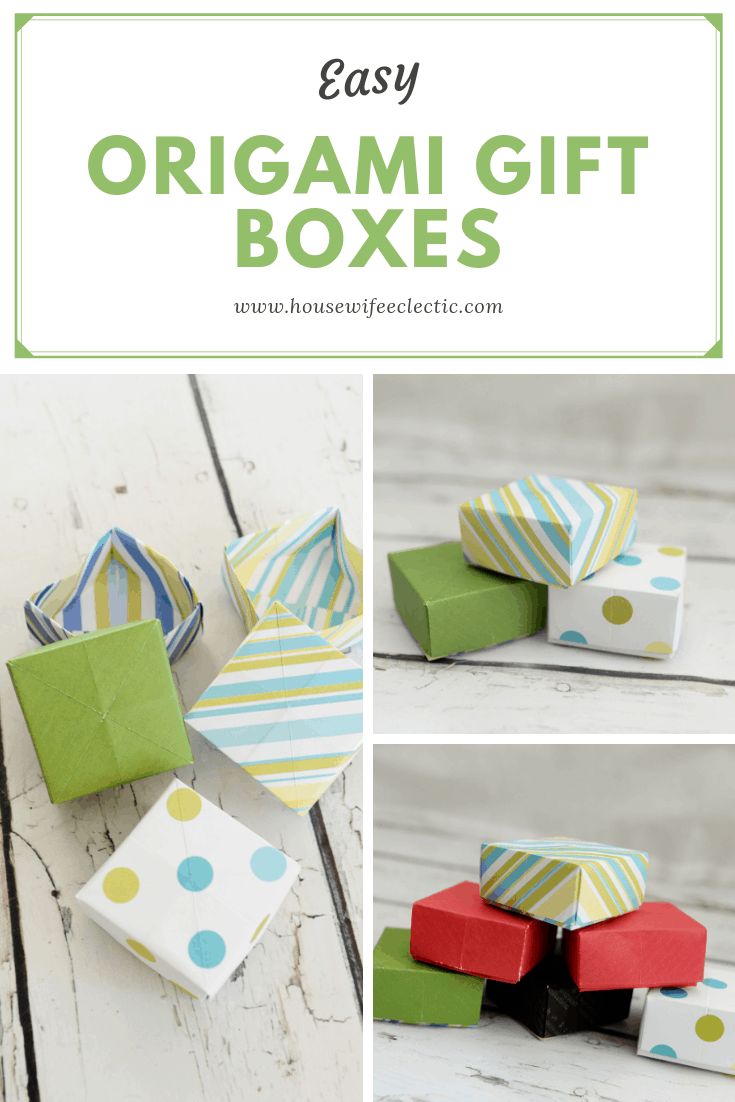 Sometimes you just need a tiny box. But those are usually the hardest to find just laying around. And you rarely have time to run to the store real quick to get one. The easy solution? Make one!

You don’t have to own a small cardboard manufacturing company either. You can make one out of nothing more than a sheet of paper. Seriously.

Fold an origami box with cover in just a few minutes without tape or glue. Don’t worry if you’ve never done origami before. If you’ve ever folded a paper airplane or passed a note in class as a student, you can do this.

Ready to get started? Let’s go!

How to make an origami box with cover

1. Take one sheet and fold it in half lengthwise. 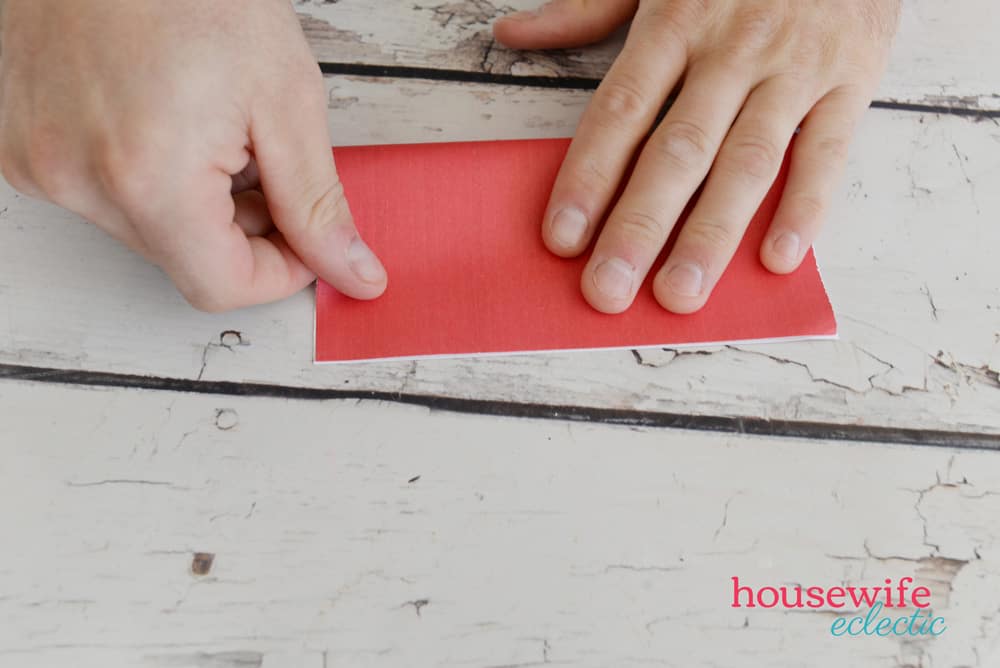 2. Unfold, then fold in half the opposite direction. 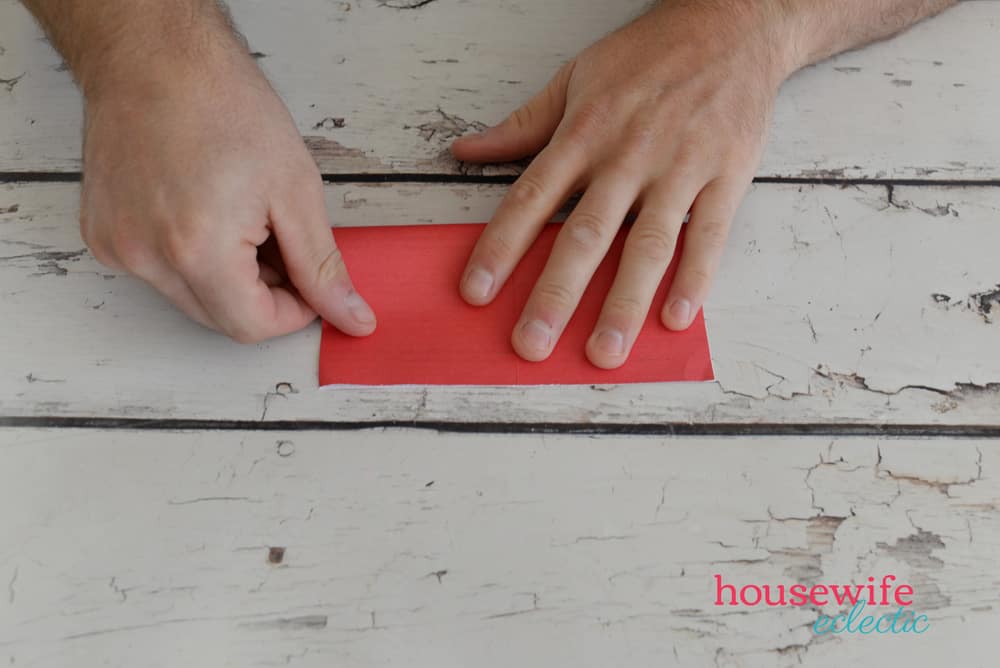 3. Place the decorative side face down on the table.

4. Take each corner and fold to the center of the square, thereby creating a smaller square.

You May Also Like: How To Fold an Origami Paper Crane 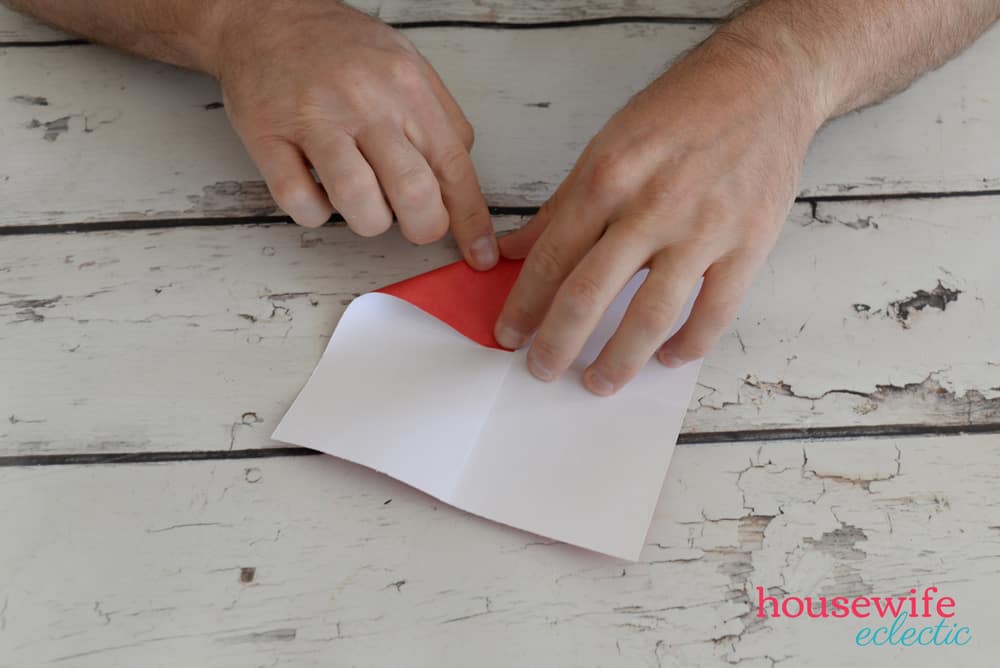 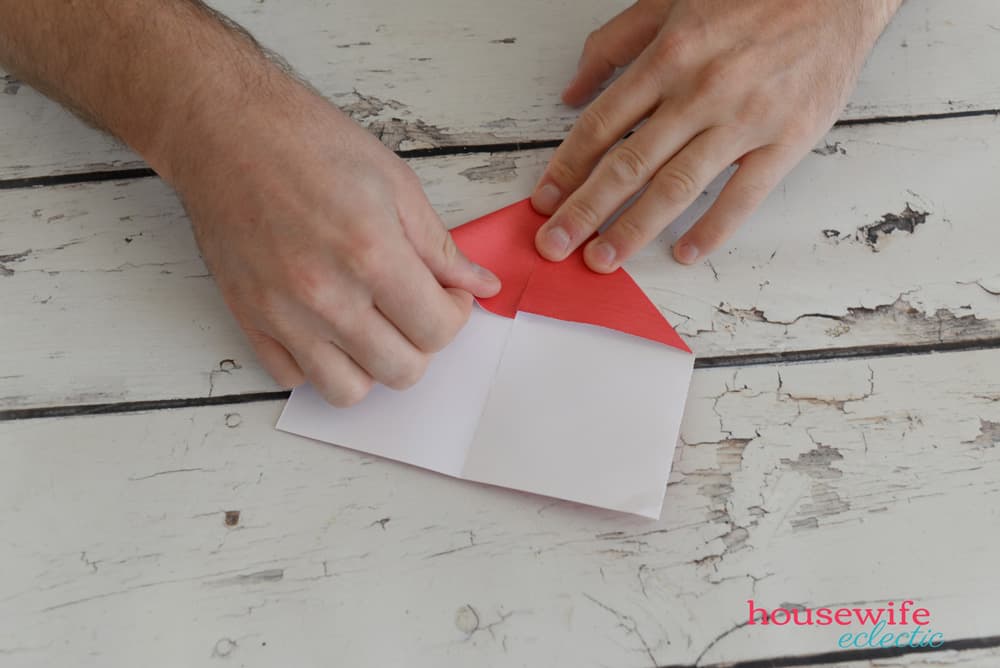 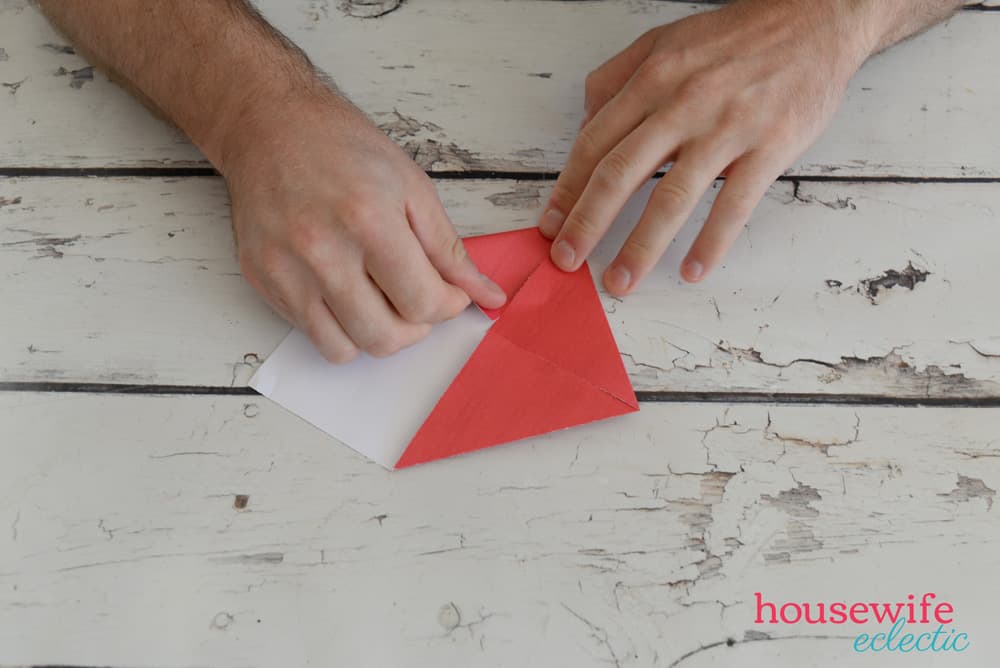 5. With this smaller square, fold in half lengthwise. 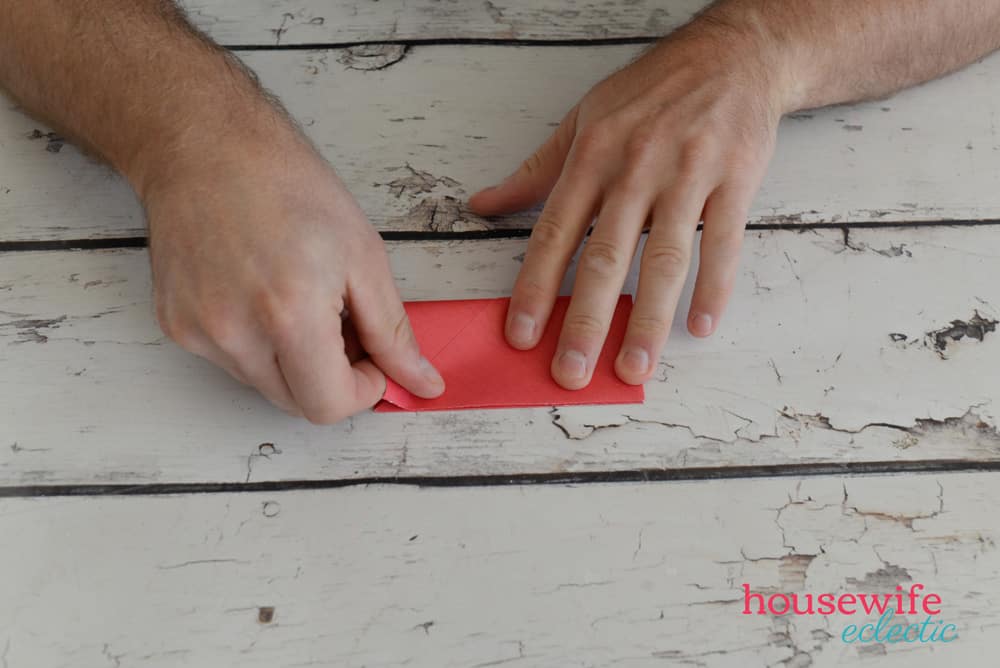 6. Unfold, then fold in half the opposite direction.

7. Take one edge and fold over until it meets the centerline. Crease the fold. 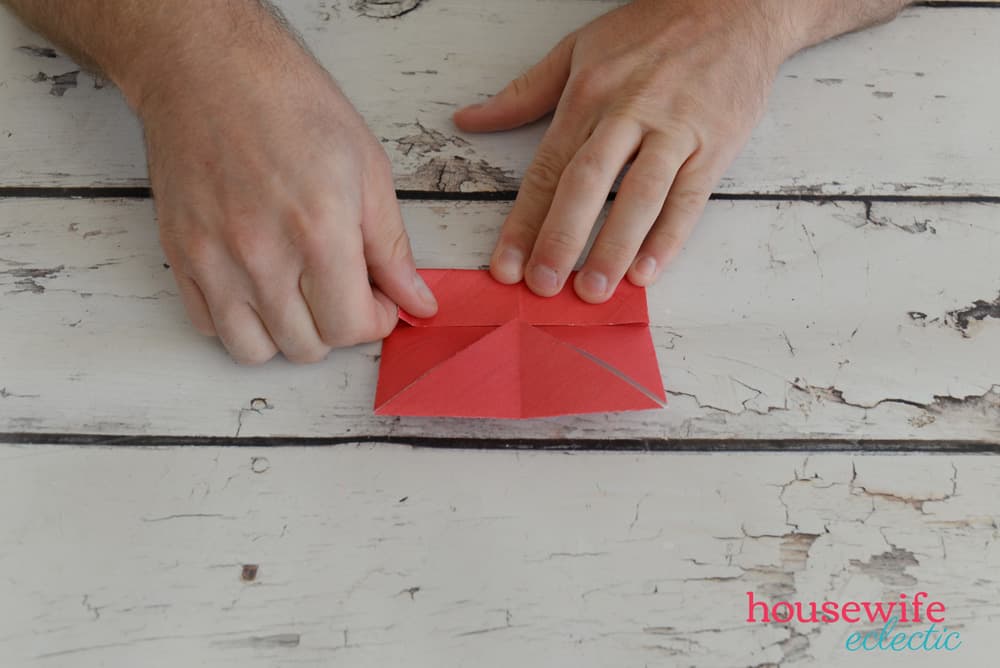 8. Take the opposite edge and likewise fold it to the centerline. 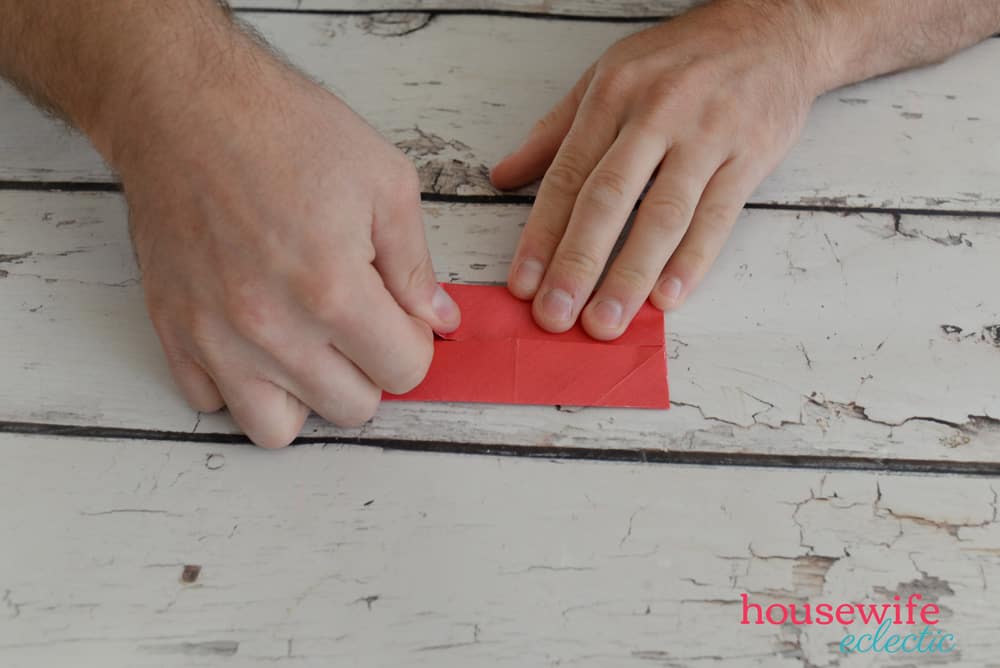 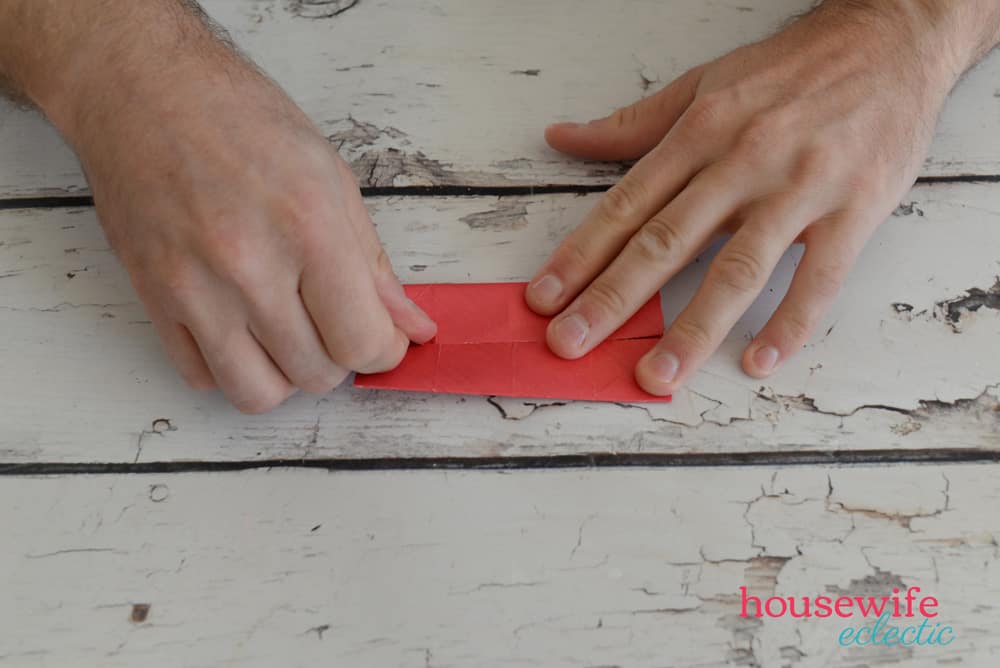 12. Take two of the triangle edges that are facing each other and pull to the outside edges. 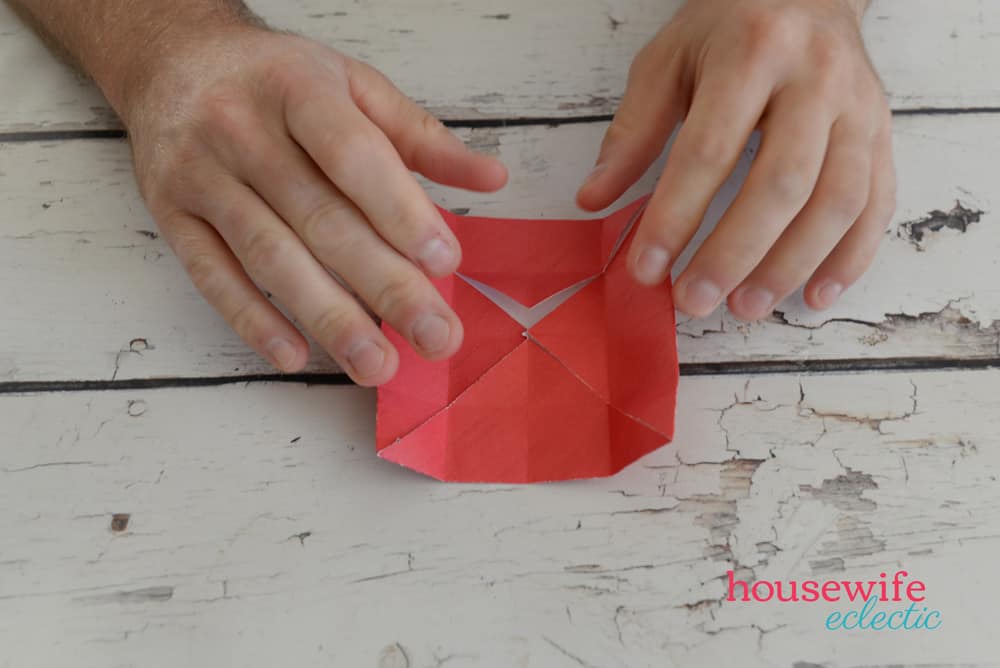 13. Take the edges that show the decorated side and fold them back toward the centerline. They should now stand up on their own. 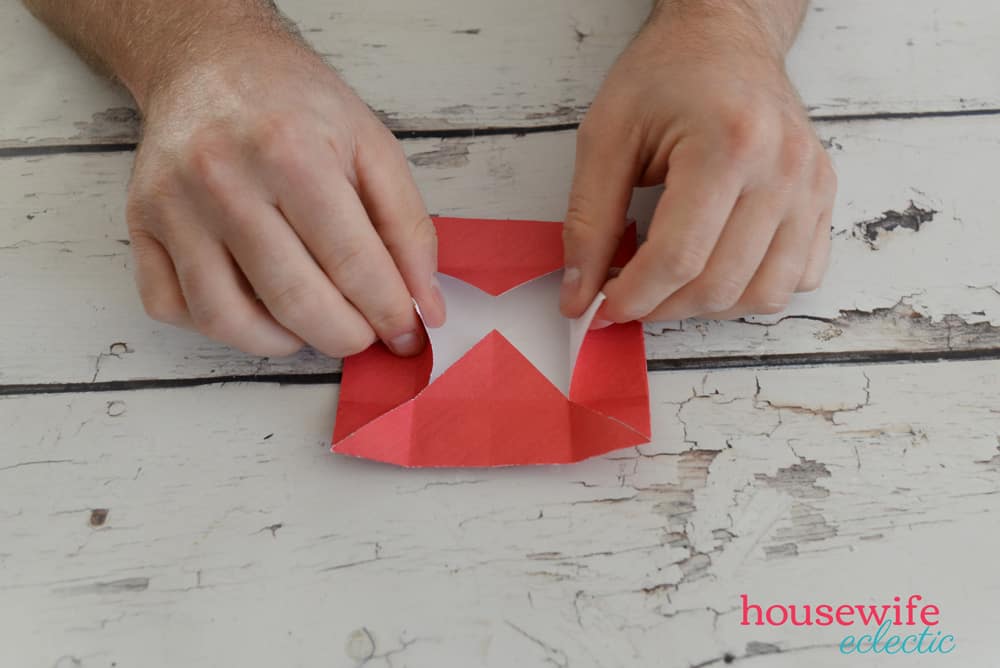 14. Rotate your creation so you’re viewing it vertically and the triangular points are at the top and bottom. 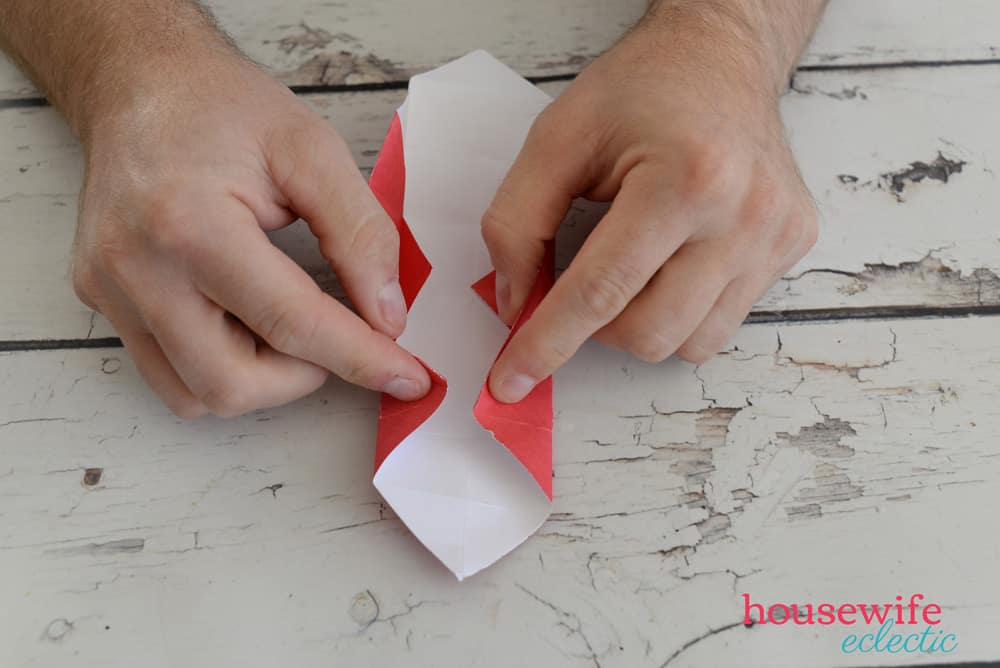 15. You should see two triangles facing each other in the center of the box. This is the bottom of your soon-to-be box. Immediately above these triangles, gently press the outside sides of the wall toward the center. Because of your earlier folds, they should easily fold in and start to press the top triangle up. Gently help that top triangle up and press down the folds tighter. 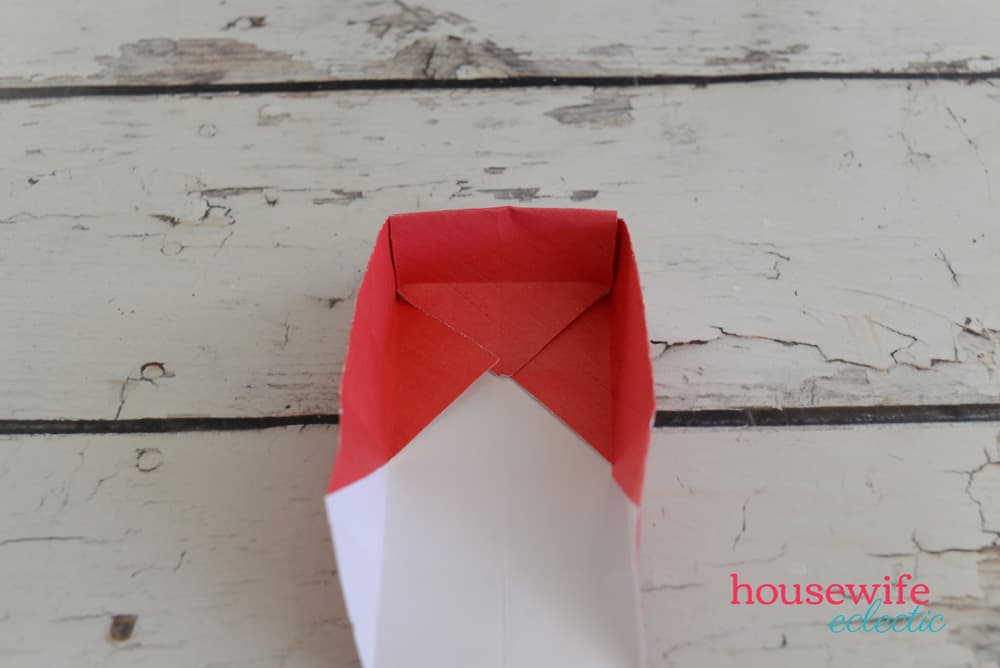 16. Take the tip of the triangle and bend it over the top and fold down toward the two triangles forming the center of your box. This will create the third wall of your box. The top triangle should now be at the bottom of the box, joining the other two triangles. Fold and crease.

17. Spin the box around so you’re looking directly at the remaining triangle. Repeat steps 15 and 16.

You have one half of your box! This box bottom works great for holding small office supplies like paperclips and thumbtacks. But if you want to complete a box with a cover, we need to create a lid.

You should now have a box with lid.

This origami box is perfect for small gifts. It also works well for teaching children as you can hide items in the boxes and it’s fun for kids to open the boxes.