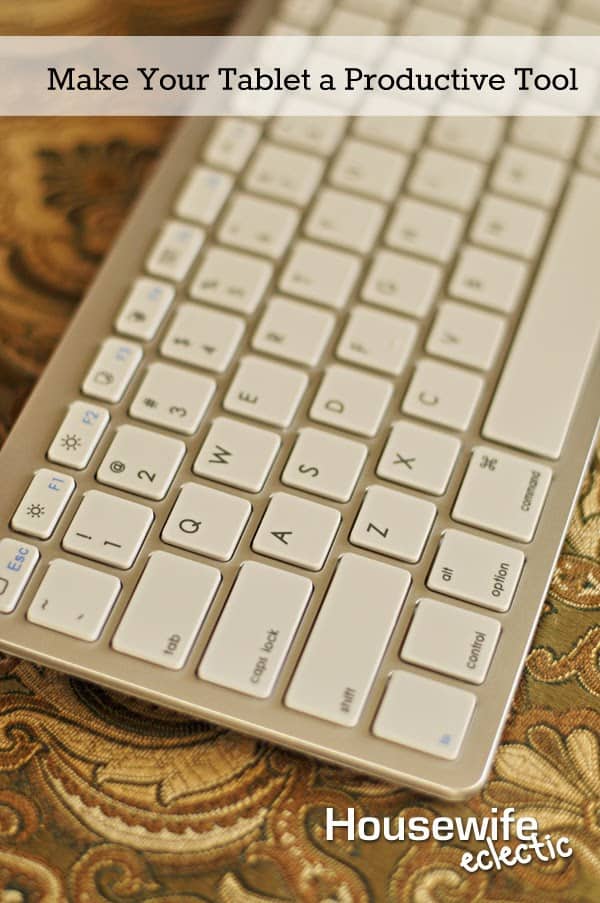 I got an iPad soon after they were first released, though I mocked it relentlessly because of its goofy name. Still, I was excited because it promised to be a lighter, faster version of a laptop. I was frustrated to discover it wasn’t productive at all. The apps weren’t designed well and the tablet itself was, well, cumbersome for much of anything beyond playing games, reading books or checking up on social media.

The iPad revolutionized the tablet industry. Today, there are dozens of different tablets, yet all suffer from the same problem: they’re not productive tools. It’s hard to sit down and write or create anything more complex than a status update. Creating a Word, Excel or PowerPoint file is a massive pain, even if you have a good app (and the apps have improved since the iPad was first released).

But why? Why have tablets not evolved to become productivity tools? Why have they been so notoriously bad that they spawned a new type of computer: the Microsoft Surface? The answer: poor input.

If you’ve ever tried to type more than a couple sentences at a time on an on-screen tablet keyboard, you’re ready to pull your hair out. It’s cumbersome, slow and full of errors. Because of slow, poor input, tablets are relegated to expensive toys.

But they don’t have to be. In fact, in the past couple weeks my tablet has been transformed from a toy/ebook reader to my go-to productivity tool. And it’s all thanks to one inexpensive accessory: the Anker Super Slim Bluetooth Keyboard.

I got this keyboard for my wife for Christmas. I rolled my eyes when she told my she wanted a Bluetooth keyboard because my past experiences with Bluetooth keyboards have been poor. Most are cheap, don’t sync well and the keys easily break. I was determined to get her a nice one though. As I searched on Amazon, I was drawn to this Anker model. It looked like the super nice Apple wireless keyboards, had amazing reviews and was less than $20.

I ordered it, hoping she would like it. She was excited to open it on Christmas, but was so busy she didn’t have time to get it setup, so I did it for her. I was instantly impressed. Even with the simple packaging was awesome (that’s my nerdy graphic designer side coming out). The quality of the keyboard was instantly evident. It’s lightweight, yet solidly built. They keys are nicely spaced and have a satisfying click when pressed.

The tablet takes less than a minute to setup and sync with a tablet. And it works instantly. There is no delay from when you type to when you see the characters on screen.

There are command keys on the keyboard that allow you to easily use keyboard shortcuts to copy/paste and many other things. I love the function keys, which can do a number of tasks quickly, like simulate pressing the home button, increase/decrease volume, lock your device and change brightness levels. 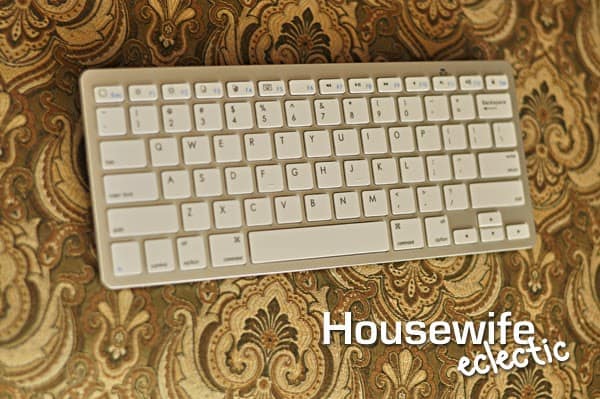 It synced equally well with my wife’s iPad Mini and my Nexus 7, so it’s great for iOS and Android devices. I loved it so much I had to have one for myself. I ordered mine Christmas night and it arrived a few days later.

I use my keyboard all the time. It has made working on my tablet a breeze. In fact, I work on my tablet more than on my laptop now. I wrote this blog post on my tablet using the keyboard.

Now, I’m not saying this replaces my laptop, because it doesn’t. The apps aren’t sophisticated enough to replicate what I can do with Adobe Creative Suite products. But for typing, web surfing and document creation and management, the keyboard has made my tablet into a lighter, faster laptop.

I love how fast my tablet turns on so I can instantly get to work. I sit with my keyboard in my lap and it weighs almost nothing. I can put my tablet anywhere convenient and type away. The only potential downside to the keyboard is that it’s not rechargeable and requires two AAA batteries. However, this isn’t different from most other Bluetooth keyboards.

If you’re a student, blogger, frequent web surfer or businessman/woman, you need this keyboard. And at less than $20, why not? I’m not getting paid by Anker to promote this, I just really love the product. It is the one tech product that has positively changed my productivity the most in the past year, and that is topping getting an iPhone 6 and a Pebble smart watch.

You can order yours on Amazon here.