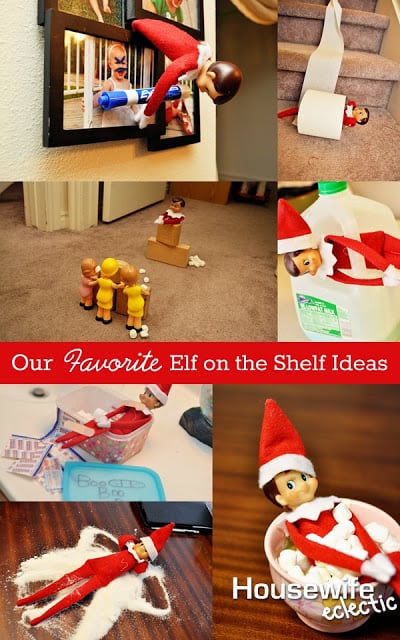 Elf on the Shelf. It seems your either love him or hate him. We have our own little elf named Pixie that comes to visit just for fun. She doesn’t get into too much trouble, just a little mischief here and there. Here are some of my daughter’s favorite places that she has found Pixie. 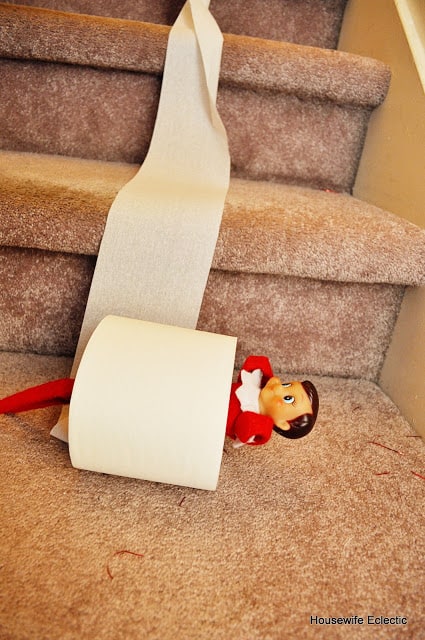 Rolling down the stairs in a toilet paper roll. My daughter thought this one looked like so much fun, that she lamented that they didn’t a roll big enough for her to roll down the stairs too. 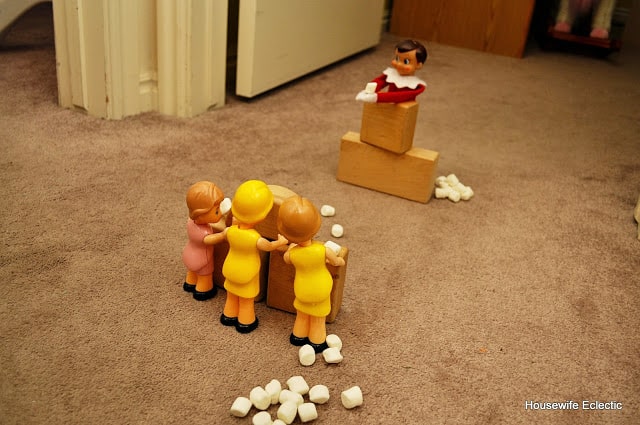 “Snowball” fight with the doll house toys. Just some blocks and mini marshmallows and Pixie had herself a snowball fight. 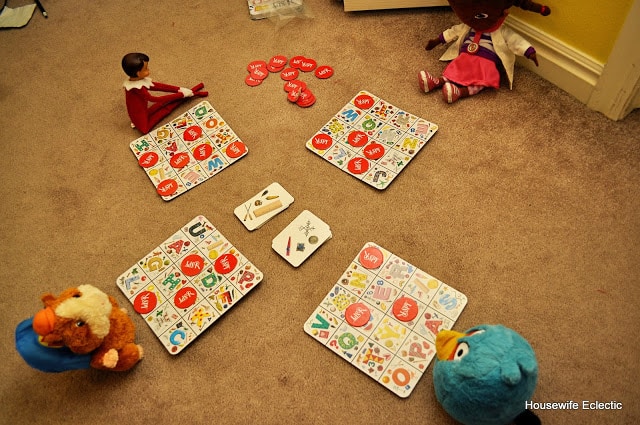 Playing my daughter’s favorite game with an angry bird, a Wonder Pet and Doc Mcstuffins. 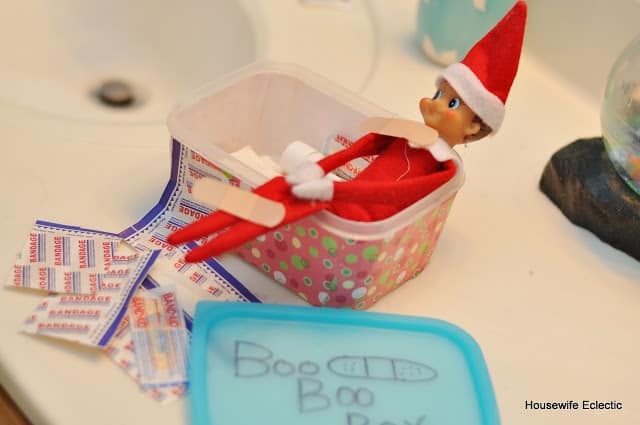 Getting into the Band-aids. 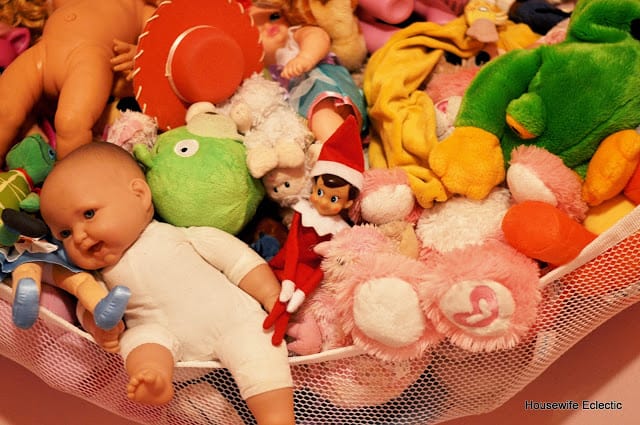 Hiding in the stuffed animal net. 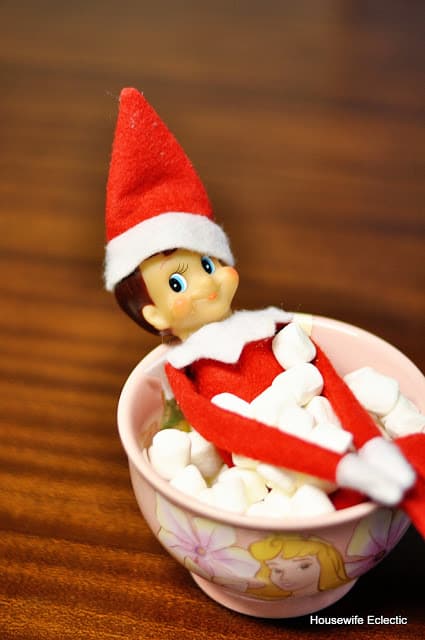 Taking a marshmallow bath in a cup! 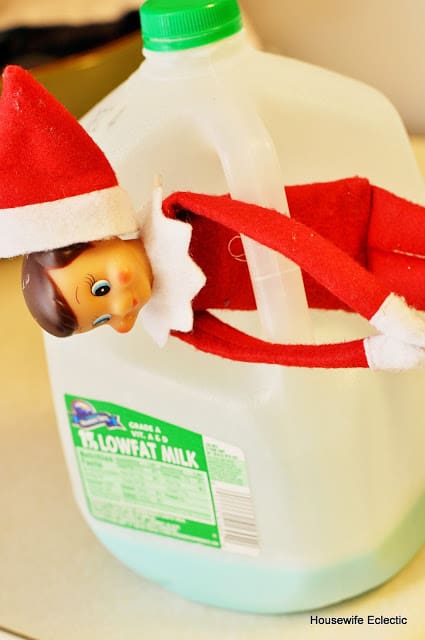 Turning the milk blue! *Tip* Your elf might want to make sure the milk is mostly gone before doing this one in case no one will drink it. 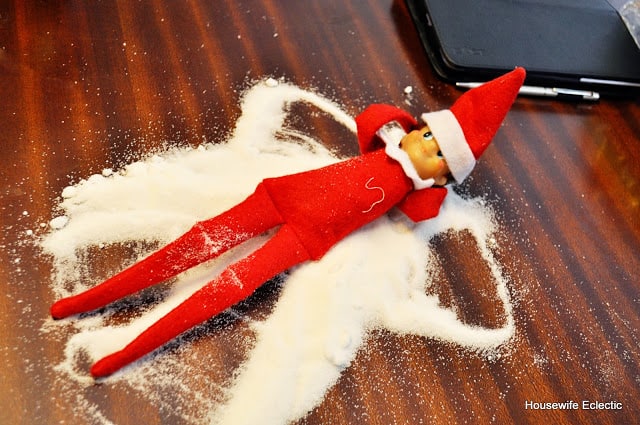 Sugar angels! This is another one my daughter wanted to jump in on. 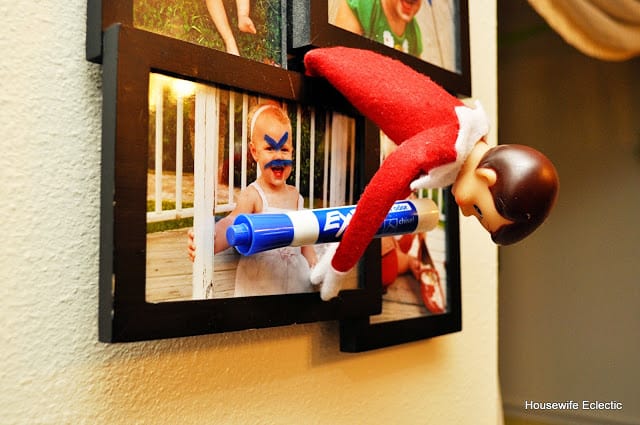 Silly faces with whiteboard markers on faces behind glass. 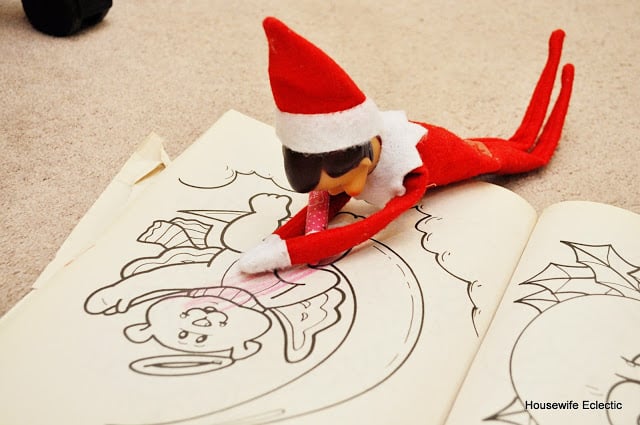 Coloring in coloring books.
What are some of your favorite ideas?