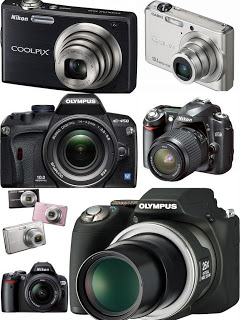 I am going to try and give some user friendly definitions of photography lingo. This aren’t dictionary definitions just more how I see them.

Aperture- This is basically how far the lens opens when it takes a picture or the more light the lens allows in. Usually people call this there F-stop. The lower the f-stop the more light, for instance a f-stop of 2.8 is going to let more light in than f11. Not all lens can do all f-stops. That is the lens you would use for shooting a football game at night and one in the day would usually be different.

Aperture Priority – If you are not comfortable shooting completely manual with your camera, you can choose to just set the aperture. On Aperture priority, you control the aperture and the camera automatically controls the shutter speed.

Contrast: The difference between the dark and light parts of your photograph.

Hot shoe: Although most cameras come with a flash attached that pop ups, some camera will allow you to attach an external flash. That little metal bracket at the top of your camera that allows you to attach a flash is called a hot shoe. So, those flashes are typically referred to as a hot shoe flash.

ISO- In film, ISO was the film speed. In digital, you can set the ISO on your camera. Typically, the higher the ISO the light you can get in your pictures in a low light setting but the grainier your pictures are going to be. At which ISO your pictures get grainy is up to the camera. Some camera can shoot amazing pictures at high ISOs but those are usually the really expensive camera. Point and shoot users and safest as ISO 400 or below. When I do a portrait shoot, I never shoot higher than 200 and usually not higher than 100. I want people to blow up my pictures without graininess.

Shutter Speed- How fast the shutter on the camera opens and closes. It reads like this 1/60 means one-sixtieth of a second. Usually regular shots can be taken at 1/60 of a second, while action shots or shots on really bright days will often need to be taken at 1/200 or higher.

Shutter Priority- This is the same as aperture priority but reversed. This allows you to control the shutter while the camera automatically controls the aperture.

Stopping Down- Although I haven’t heard this term since my days of film photography, I will include it anyway. It means to change your fstop to a smaller number, increasing the light into the camera.

If you have questions you want answered, you can e-mail them to me at debrajoyhawkins@gmail.com