I’ve got an interesting question: what makes a good picture? A great deal of these Thursday posts has been devoted to answering that query. But, on a deeper level, what truly makes a good picture? It may seem like this might be one of those, “It depends on the person” things, but in reality, there are certain rules that make a photo great. The rule I want to focus on today is called The Rule of Thirds. 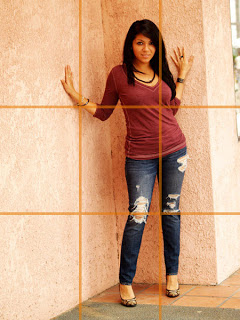 The Rule of Thirds is a design principle used in multiple design fields – photography, graphic design, painting, etc. The concept is surprisingly simple and our eyes naturally gravitate toward it, but for some reason most of us aren’t taught how to use it in school.

Here’s how it works. Look at a picture. Now, divide it into thirds both vertically and horizontally, giving you nine squares/rectangles. According to the rule of thirds, images look best when focal points of the picture fall at the intersections or along the imaginary lines. 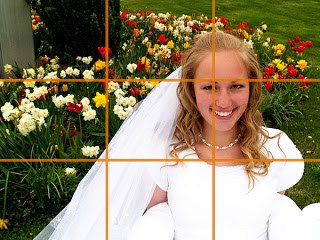 Take this picture below. It’s a simple family photo, but the composition makes it interesting. 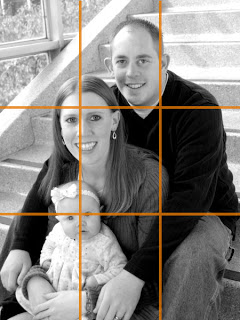 You probably didn’t see that at first glance, but now that you have seen the intersecting lines, it all makes sense, right?

The rule of thirds doesn’t always have to have something happening at the intersections. The whole point of the rule is to avoid putting the focus of the shot in the very center of the photo. This is the most common mistake beginning photographers make. It is a result of poor art teaching in school. Think back to when you learned how to arrange drawings. You focused on the very center of the page because you were probably told to do it. It’s nice and symmetrical, but it’s not very visually appealing. The Rule of Thirds is one of those rules of beauty that seems pretty universal.

Let’s look at some other examples to see how they meet the rule.

In this image, most of the intersections aren’t all that exciting, but the vertical-right line intersects the eye and frames the face in the top-middle frame. The bottom-right intersection is at the shoulder, which is jutting out. This provides depth because it’s a natural focal point for the eye. 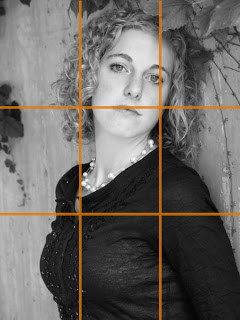 The shot below is divided well. There are two subjects that nicely fit the three divisions. She takes up two-thirds of the image, because, well, brides are the focus. He takes up the right third and his head is in the top-right frame, near the intersection, which provides a good focal point for him. You’ll notice the flowers fall in the middle. Your eyes are drawn to them, but it’s a secondary focus to the picture. 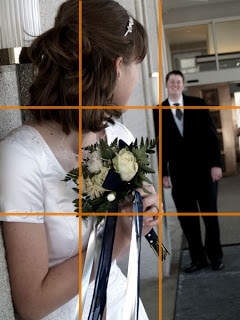 The rule of thirds in this photo demonstrates some rules of motion. Because we don’t have Harry Potter pictures that move, we have to do our best to create some sense of motion. 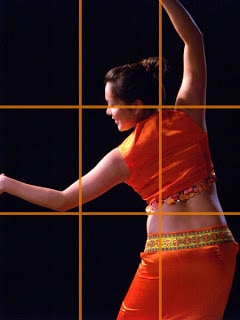 The arms naturally provide that motion in this picture, but the composition only enhances that. Notice the top-horizontal line crosses the plane of her eyes. The vertical-right line hits the top of her arm. Following that line down, it meets up with her left hip, which helps the eye see that her body is bending, suggesting motion. The bottom-horizontal line crosses her elbow near the intersection point, which adds focus. Now, the most important thing that creates a sense of motion is how the majority of the picture is in the right two-thirds and the left third is almost completely dark. Combined with the position of her hips, this shows she is moving away.

This picture is a good demonstration of how an up-close shot can really be enhanced by making the focus into thirds rather than in half. 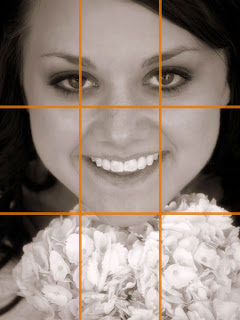 Notice how her eyes are along the vertical lines. The bottom intersections frame her chin and face, creating a narrowing effect. The flowers are in the bottom third. Now, think back to where your eyes first went when viewing this picture. To the middle? Not likely. Your eyes probably met her eyes. Part of that is psychological, but part of it is because her eyes are in the top third, which is a natural feel.

The rule of thirds is helpful in composing a shot. I don’t religiously abide by it, but I find it helpful in framing a subject. By aiming to use this rule, you will find yourself taking fewer “snapshots” with the subjects in the middle and far away, and more balanced, composed pictures. Good snapping.