We received a copy of New Super Lucky’s Tale! in exchange for an honest review.

I have been on the hunt for great games for younger kids to play on the Nintendo Switch. My older daughter loves playing Breath of the Wild and Diablo III with my husband, but those games are too difficult and violent for my 5-year-old. When Nintendo sent us New Super Lucky’s Tale, my younger daughter was thrilled. Finally a game for her! What I didn’t expect was Lucky to be such a fun game my older daughter would want to play it too. 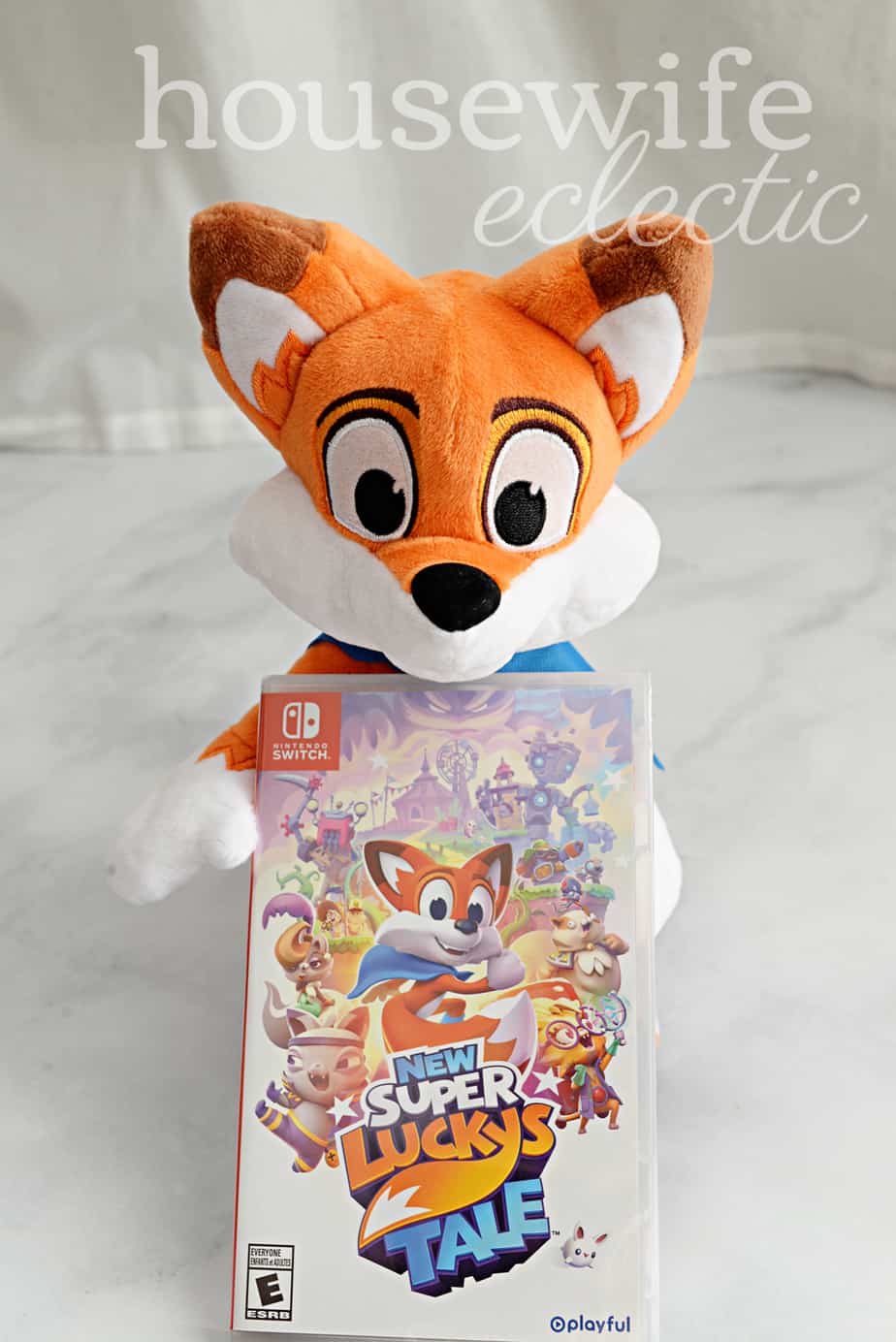 About the Product: Join Lucky on his thrilling journey through the Book of Ages, a magical artifact that opens doors to amazing worlds. Meet new friends, explore exciting lands, and recover the missing pages from the evil sorcerer Jinx and his villainous family, the dreaded Kitty Litter.  New Super Lucky’s Tale features all-new levels, story, cinematics, and character dialogue, tighter movement and player controls, a fully rotatable 3D camera, and sweet upgrades to nearly every other aspect of the game, including art and lighting, UI, sound, music, and more

New Super Lucky’s Tale is a reimagining of an older game. This 3D Platform version has been expanded and the art of the game is bright and fun. The story and the characters are adorable and fun. It is charming and fun for children but also has enough of a challenge and story that adults like playing it as well. It is perfect for people who are used to older Nintendo Platforms to become more familiar with the Switch. 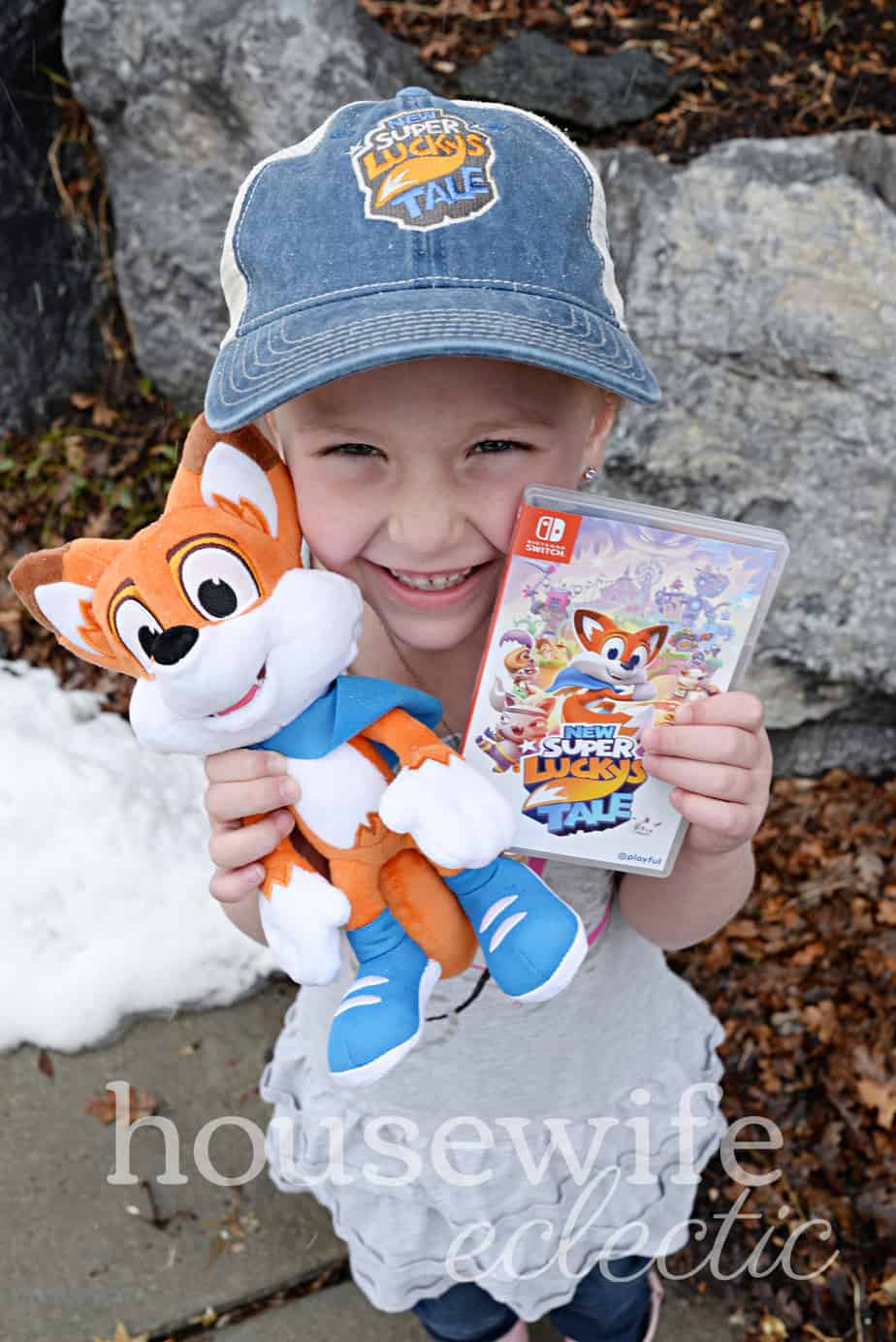 I love all of the attention to detail in this game. You can jump around, burrow underground, solve puzzles and complete different stages. There is a variety of different gameplay including a 3D open world, story-based levels, 2D side-scrolling challenges, puzzles, and mini-games. It really does have a little bit of everything.

This game is a great value for a Switch game at $39.99, it is significantly cheaper than most Switch Games making me label it a must-buy. My only two criticisms? I wish that the game would read some of the dialogue out loud, instead of needing the child to be able to read to understand it. While this isn’t a problem for older kids, it makes the game a bit harder for my 5-year-old. My only other criticism is the load time between levels seems pretty long, but my daughter enjoys it enough that it is worth the wait.

If you are looking for a great game for your younger kids. Grab New Super Lucky’s Tale!