Today I have Sharlene here from Good Music, Brighter Children. Sharlene has some incredible posts about the benefits of music in childhood, including this fantastic one about how music benefits premature infants. Make sure to leave her some comment love.
Hello, I’m Sharlene Habermeyer. Thanks for letting me guest post today Debra! I am a mother of five boys and the author of Good Music Brighter Children. My lifelong passion is music and how children learn and process information through music. My third son Brandon suffered a very traumatic birth which caused pre-frontal cortex damage and severe learning disabilities. There were many things we did to help him, but the most important was getting him involved with music lessons. 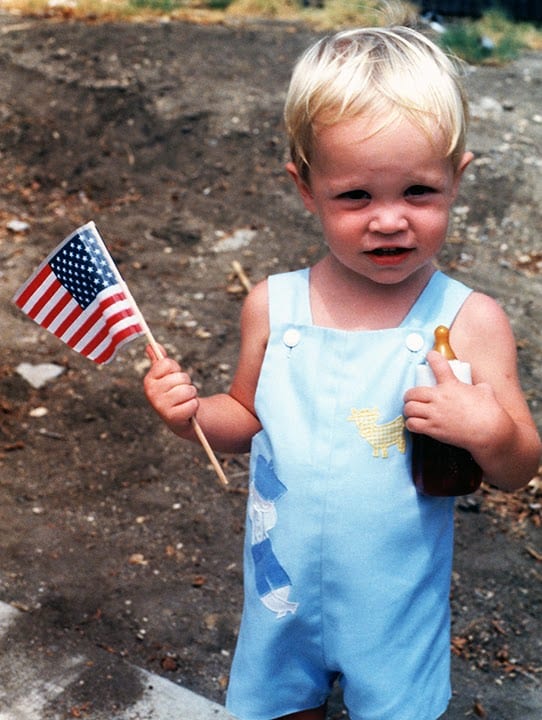 There are literally hundreds of reasons pointing to the benefits of music lessons, but here is what I consider to be the top six. Each reason is based on numerous studies and my own personal experience.
#1: A bigger, better brain: learning a musical instrument utilizes the entire brain—left, right, front, back portions of the brain, hence music builds a bigger, better brain by developing the whole brain which increases a child’s ability to learn reading, writing, and math.
#2: Spatial Intelligence: Learning a musical instrument increases spatial intelligence or spatial-temporal reasoning. The spatial areas of your brain are connected to your ability to understand higher levels of math and science—hence kids involved in music have an easier time understanding fractions and forming pictures in their mind to solve problems in math, science and other subjects. Einstein was a genius at spatial reasoning and he played the violin his whole life.
#3: Music helps children with dyslexia, autism, ADHD, and other learning disabilities:  Learning a musical instrument helps children with all these challenges because of how music strengthens the auditory cortex and helps with the processing of speech and language; increases focused attention for children who have difficulty listening and following directions, and helps children who struggle with reading, spelling, vocabulary, and math.
#4: Higher standardized test scores and higher SAT scores: Hundreds of studies show that students who play a musical instrument score higher on standardized tests and SATs. They score at least fifty-seven points higher and forty-three points higher on the verbal and math portions, respectively on SATs and 22 percent higher on math and English scores on standardized tests.
#5: Increases ability to learn foreign languages: Researchers have found that young people who study a musical instrument are able to learn foreign languages better and quicker because they hear and differentiate pitch and varying nuances necessary when learning a foreign language.
#6: Children learn values playing a musical instrument:  A very significant aspect of learning a musical instrument is the values children learn as part of the process; values such as perseverance and determination, the value of hard work and tenacity; self-discipline; responsibility; teamwork; and—creative thinking, imagination and invention.
Think about it—can you think of any activity your child can participate in that gives this many advantages to them personally; in school and for their future life? Learning a musical instrument is key to all kinds of academic learning and is a character building activity.
Where is Brandon today? Despite the dismal reports from doctors and psychologists when he was five, Brandon graduated with straight A’s in his double major (film and philosophy) from BYU. Music was key to his ability to learn and process information.
These ideas are just the tip of the iceberg! You can learn more about choosing a musical instrument; getting kids to practice, etc., in my book, Good Music Brighter Children, and on my blog: www.goodmusicbrighterchildren.com
What benefits have you seen in your life from music?  I’d love to hear your comments! 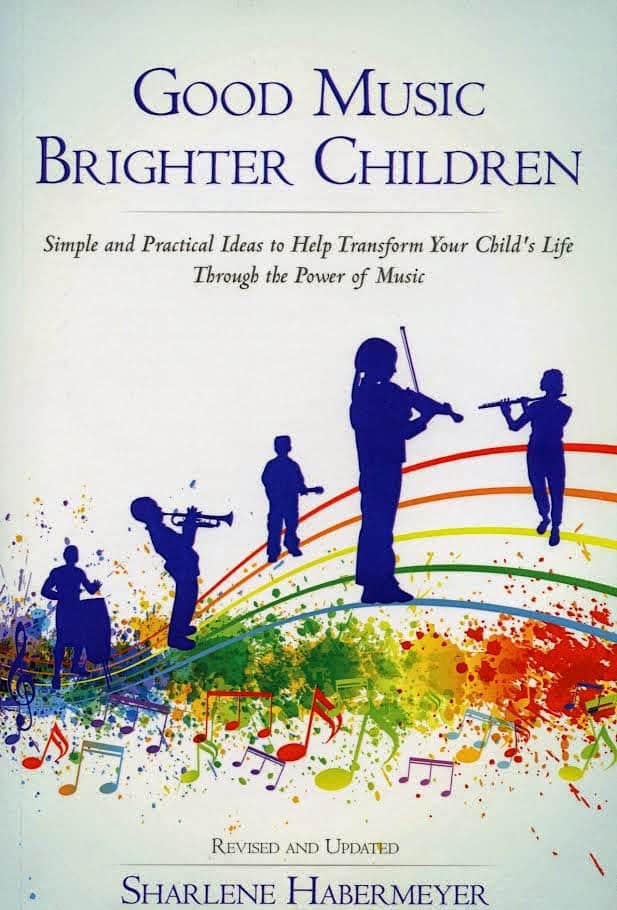 About Sharlene Habermeyer: Sharlene has a Bachelor’s degree in Art from Utah State University and a Masters degree in Education from Pepperdine University, California.  She teaches college and in 1999, she started the Palos Verdes Regional Symphony Orchestra. It currently boasts over 100 musicians. She will be teaching at BYU Education Week August 18-22, 2014.
Please “like” me on facebook: https://www.facebook.com/GoodMusicBrighterChildren