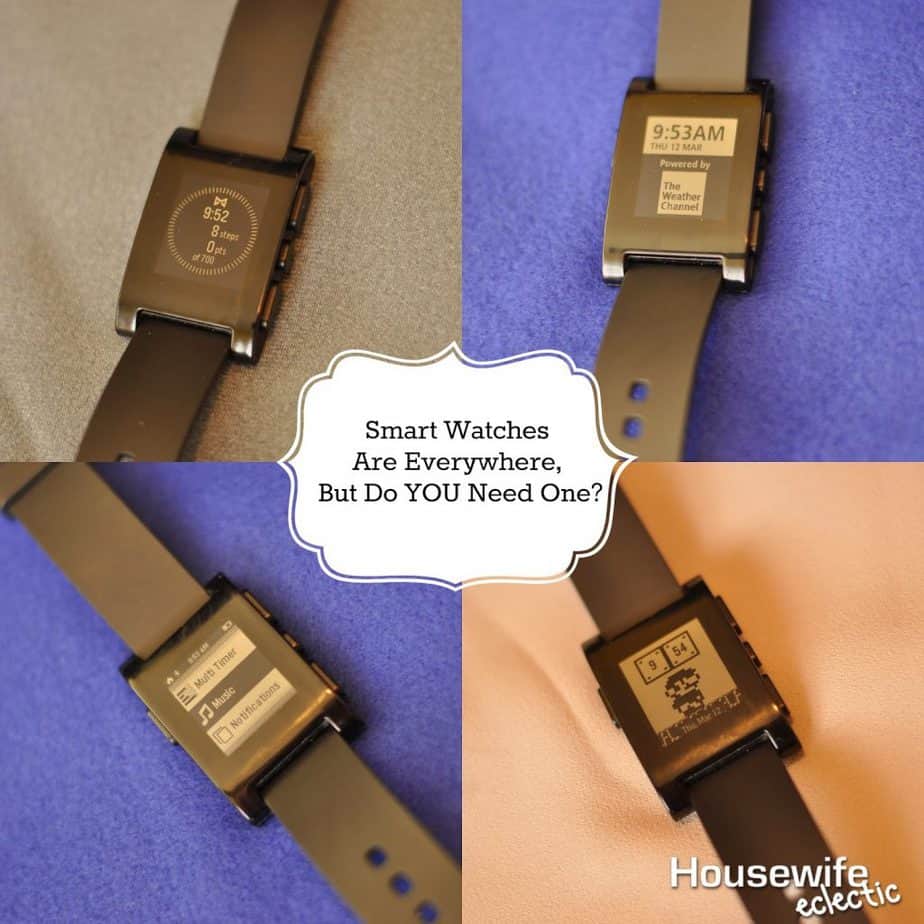 You’ve probably heard the Apple Watch is on its way. You’ve likely heard a bunch of hype about it, but one question probably remains in your mind: why should I care?

It’s a great question. It may be easy to assume that because it’s an Apple product, it’s instantly desirable, but remember not everybody needs and/or even likes many of their products. To really answer the question, we need to explore what the product actually is and how it compares to other mobile technologies.

In the technology world, I consider an iPhone (or any other quality smartphone) a need. For many people smartphones have almost entirely replaced personal computers. They are truly powerful, needed devices that can improve and/or simplify a person’s life. An iPad or other tablet meets similar needs, though to a lesser degree.

But is a smart watch a need in the same way? Truthfully, no. So far, smart watches are nothing more than extensions of smart phones. You need a smartphone to even make a smart watch do most of its functions. It’s basically an expensive accessory to your smartphone. And if you’re as attached to the hip with your phone as I am, you may wonder what’s the need?

Currently, there’s probably not a pressing need to get a smart watch for most people, but if it follows the trend of other emerging technologies, it could evolve into something great.

PDAs, like Palm Pilots, tried to make a splash about 15 years ago. They did many of the same things phones can do today, yet they didn’t catch on the way smart phones have. Why not? There are many reasons, but one of the biggest was these devices were still largely dependent on a computer. They couldn’t stand alone. And they couldn’t replace the main functions of a computer.

Even when smart phones were first introduced they were largely dependent on a computer to load files, software and do many of the functions. Once smartphones separated themselves from the computer and could stand on their own, they were able to, in many ways, replace the computer and became a need rather than an accessory.

The current smart watches, including the Apple Watch, are glorified (and expensive) accessories dependent on another device. But, there’s hope that with these early steps they can eventually become powerful standalone devices like phones or tablets.

That being said, let’s look at the main question again: do you need a smart watch? Probably not.

I say that as someone who owns and loves a smart watch. My wife gave me a Pebble smart watch for my birthday last year and I wear it every day and love it. It’s the best watch I’ve ever had. It’s intuitive, well built and I don’t have this constant urge to take it off like I do with other watches.

And yet, as much as I love it, I don’t consider it a need in the same way as I do my phone or tablet. If it were to break I don’t know if I’d be rushing to get another one. I love what it does, but it’s not life changing enough to make it a necessity. It’s mostly a fun toy and a conversation piece.

By looking at the primary functions of smart watches you can analyze for yourself if a smart watch is a need or a novelty device that could use some refining.

Receive Notifications. Do you need a device to give you notifications? Sure, but you already have one: your phone. And where the smart watch is almost entirely dependent on communicating with your phone in fairly close proximity, is it really that necessary? I’ll admit I pay a lot more attention to notifications when they buzz on my wrist than when they randomly splash on my phone screen. But on a day with lots of notifications (and being a social media manager, notifications are seemingly endless), I’m ready to throw my watch out the window.

Answer Phone Calls. While my Pebble doesn’t answer phone calls (though the Apple Watch will), it does buzz my wrist when someone is calling, shows me who is calling, and allows me to accept or reject the call. If I accept, I need to move to my phone. But the reject feature is nice, particularly when I’m in a meeting since I can discreetly silence the call. The ability to answer calls and talk with the Apple Watch is intriguing on face value, but in practical application think how annoying it would be to have everyone able to hear your conversation. Plus, you’d have to move the watch close to your face. The Don’t be That Guy memes practically write themselves. 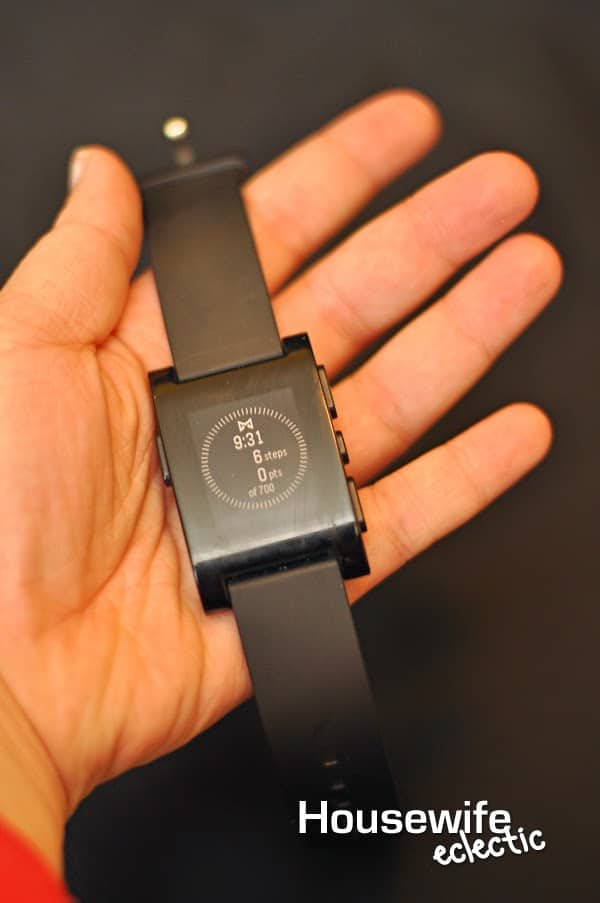 Track Health. One of the nicest features of a smart watch is the ability to track a number of health statistics. Built in to most smart watches is a pedometer for tracking steps. Some, like the Apple Watch, can even monitor heart rate. But how good are these watches at either task? Not wonderful, but enough to give you a ballpark of how you’re doing. It saves on the cost of having a separate tracking device. But as fun as it is, I’ll admit I rarely look at the stats, even though I’m very health conscious. Now if your health goal is taking 10,000 steps a day, a smart watch could help, but if that’s all you really need it to do, you’re probably better off purchasing a less-expensive tracking device.

Use Apps. Smart watches have apps that can be used on the device itself. Most of these apps are dependent on the associated smartphone to some degree. While the apps are nice, they’re so limited in scope that they’re more of a novelty than particularly useful. The ESPN app on my watch is nice for checking scores (especially when I’m at church. Shh, don’t tell). The Pandora app lets me control my music without my phone. And the weather app keeps me updated on current and forecasted weather.

There are hundreds of other apps available, but they’re all so limited by the tiny screen and limited controls that it’s difficult to put them to much productive use. I’d rather just go to my phone to do any heavy lifting. The Apple Watch has the potential to move this forward just like the app store really launched the iPhone to prominence, but it’s not there yet. 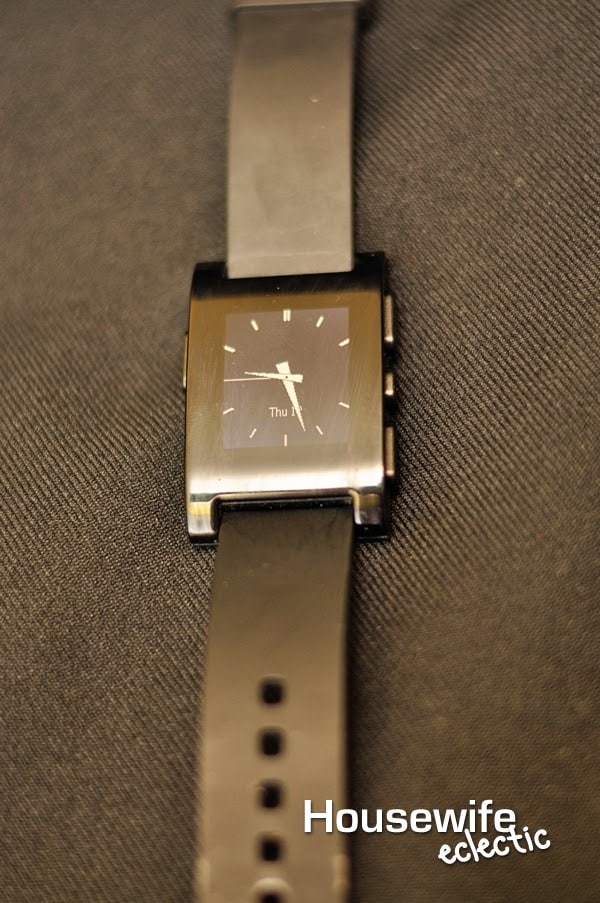 Tell Time. When it comes right down to it, that’s what a smart watch does the vast majority of the time. It tells you how many hours, minutes and seconds you are into a day. And it does a great job of it. I love the ability to switch watch faces, and do so many times a week depending on my mood. But if you already have a standard watch that you love, I don’t know if it’s worth switching to an expensive smart watch to basically tell time. Especially when you have to worry about battery life and charging with a smart watch.

As you can see, with each of these primary watch functions, a smart watch is replicating something that already exists in another form without particularly improving upon it.

Even though I suspect smart watches to get better, there are some inherent limitations that need to be addressed, not the least of which is how to discreetly take a phone call. Ultimately you will probably need some sort of Bluetooth earpiece, but we’ve gone down that road and most people didn’t like it. But if your phone could be replaced by a smaller watch and ear piece, would you do it?

It’s hard to say what the future holds. Right now, people love the large phone screens, mostly because phones are replacing computers and a larger screen helps with most tasks. Are we willing to go back to not only a smaller screen, but a much smaller screen, for the sake of convenience? It’s going to be a challenge for designers to figure out how to make smart watches mainstream and unless they can make these watches simplify and improve upon the capabilities of current technologies, they’re probably not going to catch on in a big way.

So unless you’re super intrigued, have money burning a hole in your pocket, or are an early adopter that must have the latest and greatest, I would wait for another year or two to let the competition really amp up the capabilities of these watches.

But which smart watch is the best? Well, that’s a topic for another post.