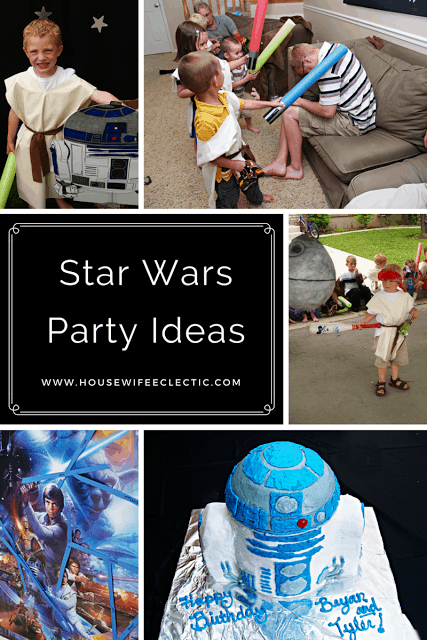 It wouldn’t be May the Fourth without a Star Wars post. I was actually looking back through my photo archives for another Star Wars craft I did in the past when I found the pictures from my nephew’s birthday. I adored how this party turned out but I have never shared it because I didn’t end up with some of the close up shots I wanted. Looking back on the photos years later, 8 years to be exact, I remember what a fun party it was! There are a few things I wish I had close ups of, but these are all great ideas. 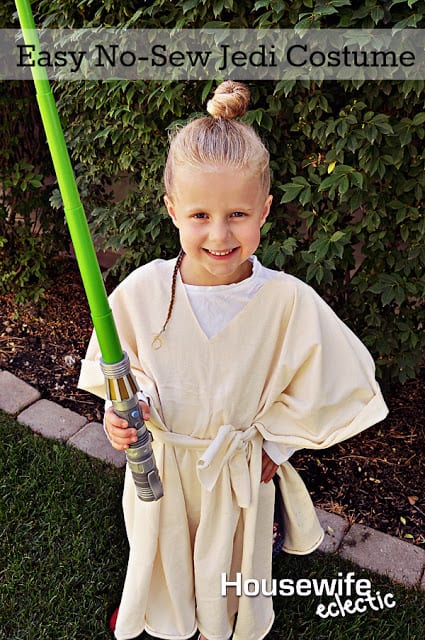 When each kid walked in the door they were given a Jedi costume. You make the costumes by cutting long wide sections of muslin or knit fabric. I like using knit because it doesn’t unravel but it is usually more expensive. Cut holes in the middle for the kids heads and long strips to be a belt sash. This is a really easy and cheap way to get the guests into the party. If you feel like you need more instructions for the No-Sew Jedi Robes, I wrote a post here. 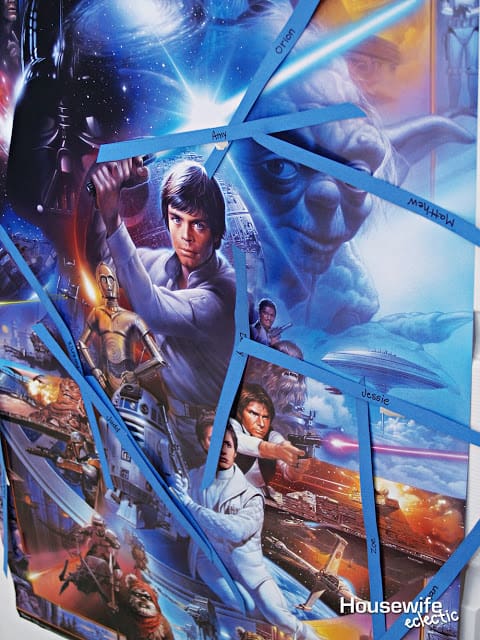 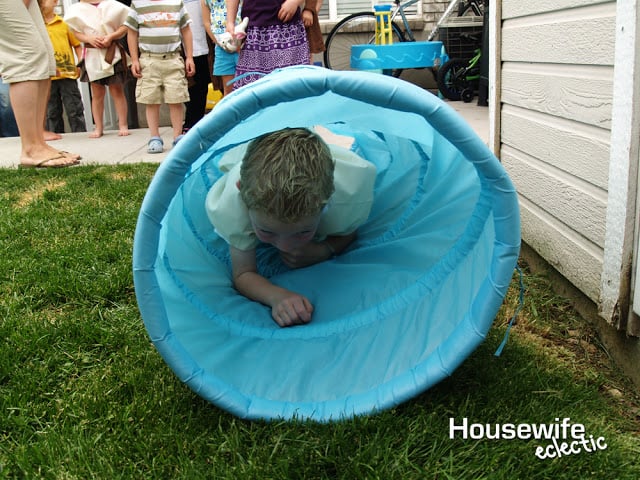 Jedi Training– There was an entire obstacle course around the backyard, including tunnels to climb through and things to climb on. We told them they had to prepare to be a Jedi and then to make their Light Saber. 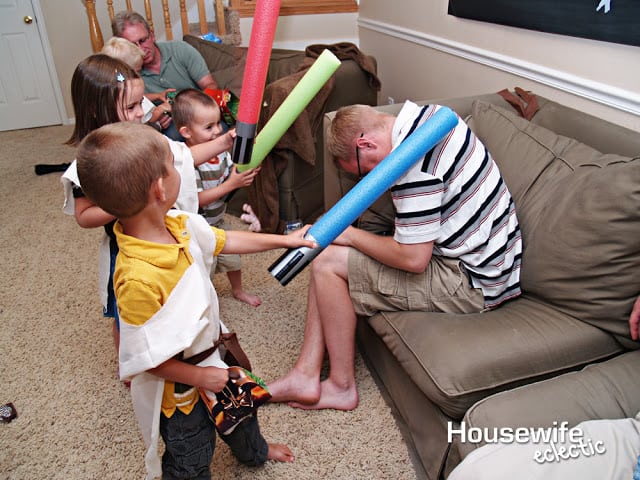 Making Light Sabers– Light Sabers are actually extremely affordable to make when you use duct tape, electrical tape and markers. Cut red, green and blue pool noodles into sections and then wrap them bottom in silver duct tape, let the kids decorate their saber from there. We had the kids do a light saber “Training” to prepare for defeating the pinata Death Star. 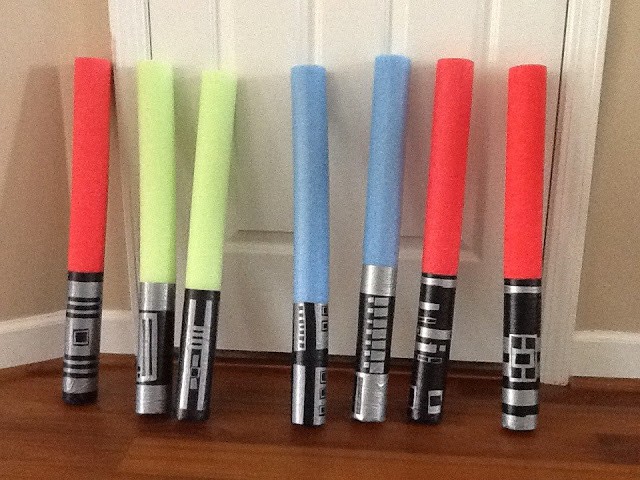 Here are some super cool examples that my awesome sister made with her boys last summer. 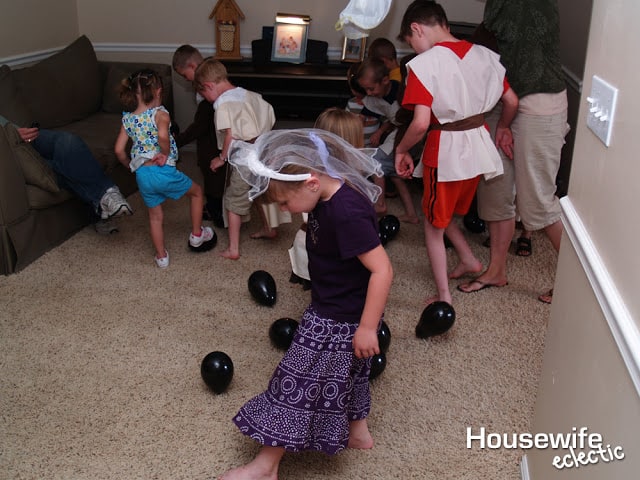 Storm Trooper Battle– Print off small pictures of a Storm Trooper. Blow up 20 or so black balloons with a Storm Trooper picture in 5 or 6 of them. Put them on the floor and let the kids stomp on them to pop them. Tell them their goal is to find all the Storm Troopers. The kids LOVED this part of the party. Who doesn’t want to stomp a balloon? 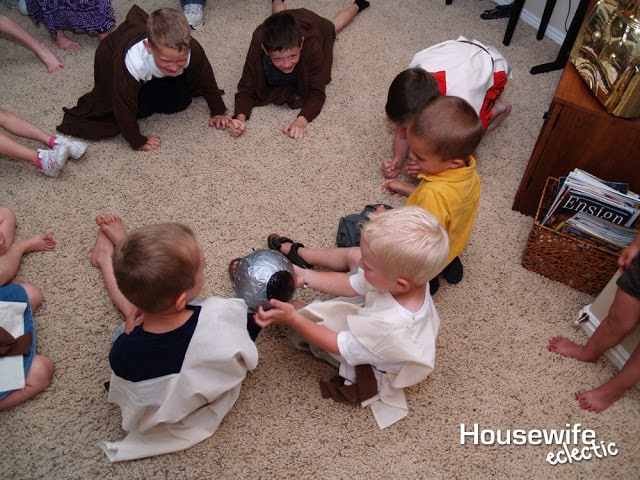 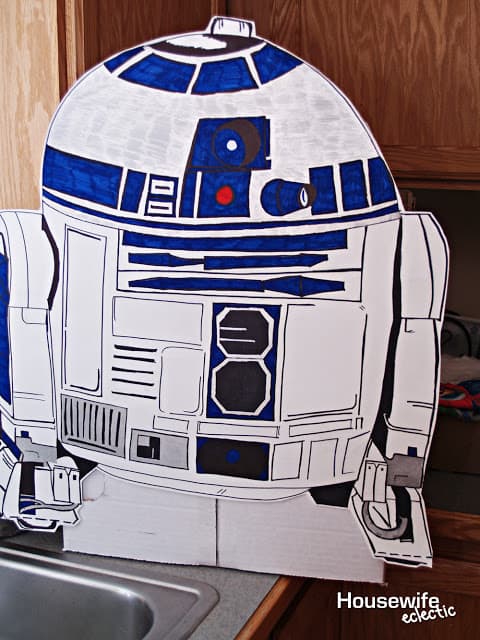 Jedi Photo Booth– My sister drew this R2D2 on a piece of poster board and then we mounted him on the side of a box so he would stand up. 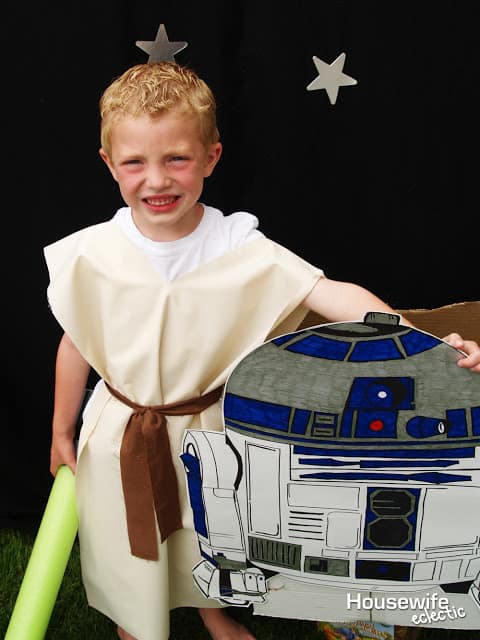 We took a black sheet and added silver stars to it and then took pictures of the guests in their Jedi Robes with their pool noodle Light Sabers with R2D2. 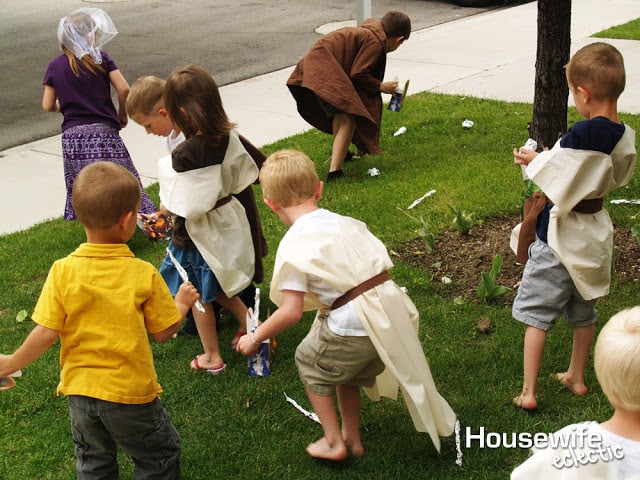 Tie Fighter Scavenger Hunt– There was a scavenger hunt where the kids had to find pieces of Tie Fighters that were left on the planet after the battle to make sure that there weren’t any left over Storm Troopers. The pieces were the party favors wrapped in tin foil. 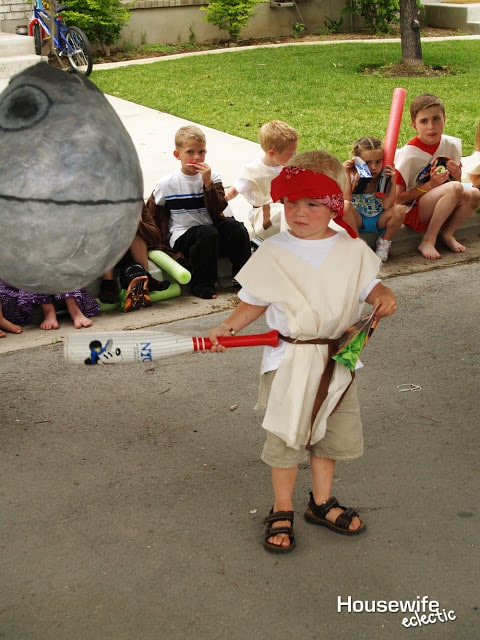 Death Star Pinata– Now that the kids have gone through training, they are ready to take on the Death Star (the Pinata). This was a homemade pinata, you can find a pinata tutorial here. 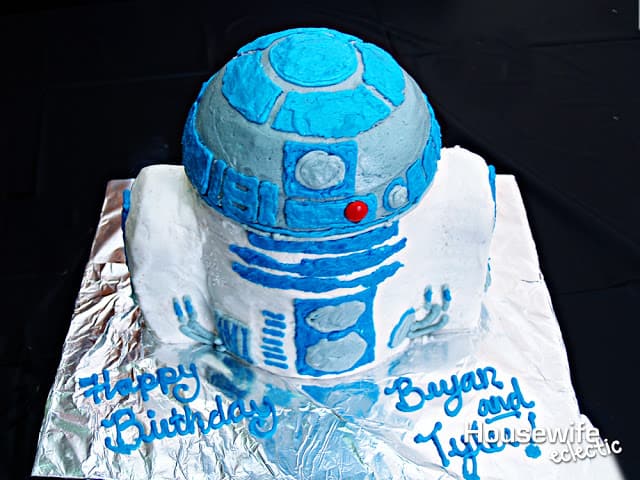 After all the hard work of defeating the Empire, the kids were ready for a slice of R2D2. This cake is still one of my absolute favorite of my sisters’s cake creations.

May the Fourth be with you!