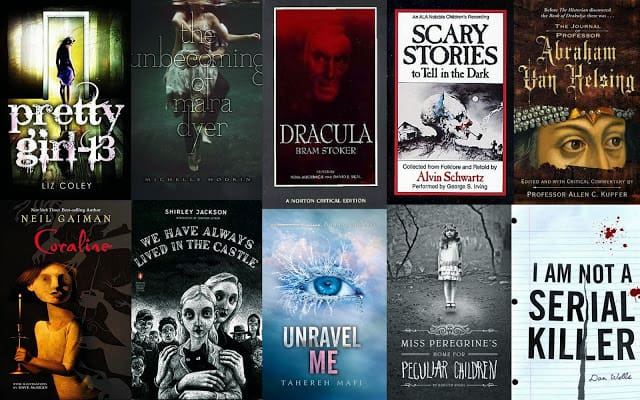 Around Halloween, I always like to pick up a creepy story or two. This week’s theme is scary book covers, but I have combined it with some of my favorite creepy stories, because what would one be without the other? Linking up with The Broke and the Bookish.