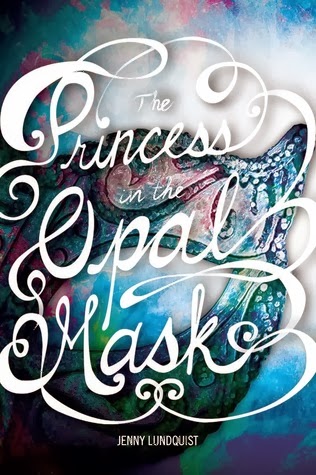 This retelling of Man in the Iron Mask is just as gripping as the original story, with lots of character and plot elements of its own. Princess Wilha knows what her face looks like, but no one else around her does. Since her birth she has been forced to wear an opal mask, concealing what lays beneath. The few times she has dared to show anybody her face, they have been abruptly dismissed from the palace. There are all sorts of rumors flying around, that her face is deformed, that one look from her can kill, that one look can heal, but when Princess Wilha looks beneath the mask, all she sees is an ordinary girl, so why must she wear it?

Elara is an orphan. She has few friends and spends most of her time serving the family that is supposed to love her, hungry and alone. She is an ordinary girl, until attempts on the life of Princess Wilha thrust her into a royal world that she knows nothing about. Elara now has a chance to be somebody else, but is that what she wants?

Quite honestly, I loved this book. It is a light, easy read with political drama and just the right amount of romance. I liked both of the main characters, and wasn’t surprised by the paths they chose to take. A few of their choices had me yelling at the book, but I loved how they handled themselves and moved forward. I can’t wait for the sequel.

This book is perfect for younger readers as there is very little mature material. I would recommend it to anybody who loved The False Prince series. 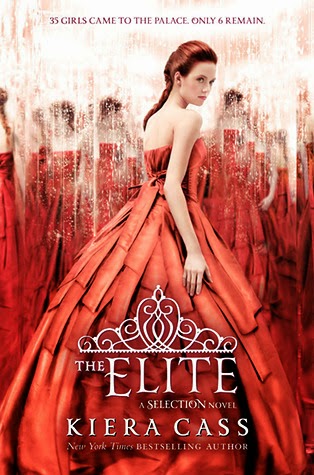 In The Selection, 35 girls were chosen to compete for Prince Maxon’s heart. For America Singer, she has never wanted anything less. She wants to stay home, marry her sweetheart and move forward with her life, until she actually meet Prince Maxon. Now she is torn, she has feelings for Prince Maxon, but she isn’t she can handle all that comes with the job of Princess. In The Elite, the Prince’s choices are down to 6 girls and the competition and the rebels outside the palace walls are fierce. Can she win the competition? Does she want to? Are they all going to be killed by rebels before this is over anyway?

Honestly, I almost didn’t finish this book. Most of the first book was all love triangle focused with a smattering of intrigue. In same cases I felt like America’s character drifted backwards and became less developed in parts. I am glad I finished because I absolutely loved the end and now I can’t wait for the last book in the trilogy. I do have to commend the author for really making me care about the characters, one of the reasons I almost didn’t finish the book was because the flip-flopping between the two male leads was making me so sad. I am excited to see where the next book heads. I absolutely have a favorite of the two men and I am crossing my fingers that my heart doesn’t get broken. 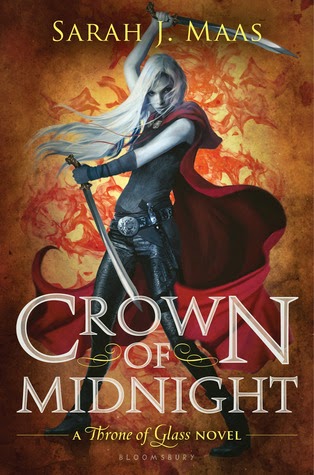 In Throne of Glass, Celaena Sardothien, won the right to be the King’s Assassin. Even though she works for the king, she doesn’t support the king or killing the people he wants her to kill. A secret she must take to her grave or find herself in a grave herself.

Celaena is confident, brutal and at times scared. She is hands down one of my favorite YA characters currently being written. This book gives us more about Celaena’s past and how she became who she is, including introducing Archer Finn, a male courtesan and old friend of Celaena’s. When Celaena is ordered to kill Archer by the King, she is forced to commit treason to try and help him escape, something that could end up costing her life in more than one way.

Celaena has seemingly made her choice between Prince Dorian, and Chaol, the Captain of the Guards until certain choices make the entire thing unravel. Even though this book has a love triangle of sorts, it is not heavy handed and a sideline of the main story. I loved Chaol even more in this book than the last book and the character development of Dorian was just perfect.

So often the second book of a series is my least favorite. The first book sucks you in and the third book gives you closure (except in this case there are six books), but the second book does so much setting up for the last book, that it is hard to get through. This is absolutely not the case with this series. In fact, I think I liked this book more than the first. The beginning was fun, the middle heartbreaking and the end was eye opening and fabulous. I absolutely can’t wait for the third.