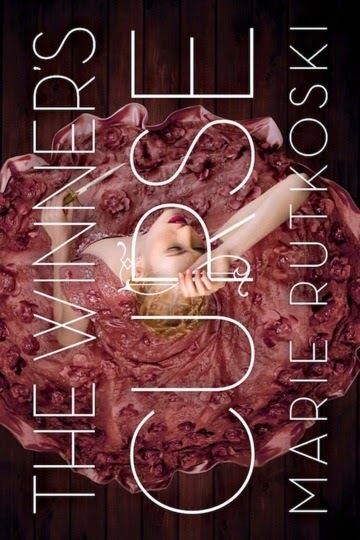 I didn’t mean to read The Winner’s Curse by Marie Rutkoski in one sitting, but I couldn’t help it. The hours ticked by and it didn’t matter that it was 2 AM and I was still reading. I had to know where Kestral’s story was going to lead.
The Valorians are a conquering people. One of their biggest conquests was the Herrani Pennisula and with that the Herrani people. Almost all Valorians now own Herrani slaves of one sort or another, and Kestral, an aristocratic general’s daughter is no exception. The process of buying and selling people makes Kestral uncomfortable, but when she comes across a slave, Arin, at an auction who is promised to share her love of music, she can’t help but buy him.
At first, Kestral leaves Arin to work in the black smith shop, but slowly they spend more time together and start developing an unlikely friendship. A friendship that could lead to disaster for both of them, since Arin wants nothing more than to be free which means overthrowing the only life Kestral has ever known.
I really loved all of the action in The Winner’s Curse, so many first books take forever to build up to anything, because they are trying to save things for the next books. I didn’t feel that way at all with The Winner’s Curse, especially the second half moved quickly and the power shifted between the two main characters many times.
I loved Kestral’s character and strength. She isn’t physically strong or champion fighter, but she is cunning. She can outwit and out maneuver almost anybody which makes her just as kick butt as if she was phenomenal at wielding a sword. Arin is also cunning and physically strong, but he has a sense of understanding to him as well. That both characters clearly have minds for strategy adds to the intrigue as they slowly out maneuver each other for most of the book, for one reason or another.  It is an extremely slow moving romance, but one of my favorites in recent reads.
I would recommend The Winner’s Curse to anybody who loves their YA fiction mixed with romance and political maneuvering. I can’t wait to read the next one!
The Winner’s Curse will be released on March 4th, 2014. You can read the first five chapters of the book for free here and pre-order it here. 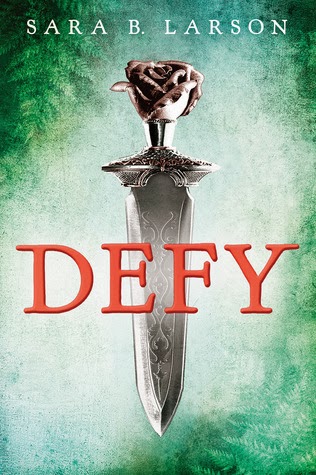 In Defy, after Alexa’s parents are killed by a black sorcerer, she has no choice but to cut her hair and join the king’s army with her twin brother, as man to save herself from a horrific future in a breeding house. Alexa, now just Alex is a talented fighter and soon makes it onto the Prince’s own guard, but even her excellent fighting skills won’t be enough to save her from her fate if she is discovered as a girl.  Alex’s secret is in jeopardy when she, along with Prince Damian and Rylan, another guard member, are all kidnapped by the enemy as part of the ongoing war.
I have really torn feelings about Defy. It was an interesting read that kept me turning the pages, but I didn’t love it. Alexa is a true kick-butt heroine, capable of beating any man in a sword fight, but rather weak when it comes to emotion.  It seems like the second people find out that Alexa is indeed a girl, her entire personality changes, I feel a persona you have been putting on for more than three years would be harder than that to get rid of. Also, it seemed strange to be that a girl who has spent so much time disliking the arrogant prince would change all of her opinions about him so quickly, before honestly that much had been revealed about his secrets and true character.
The political intrigue held so much potential in this book, but instead that focus seemed to fall to the pseudo love triangle. I say pseudo, because it is pretty obvious from the introduction of the love triangle which man she prefers, but even still there is a lot of conflicting emotion, mostly pain from the other part of the triangle. I wish there had been just a little less of Alexa staring at shirtless Damian and Rylan and a little more background and political maneuvering.
I really did love the setting of the book. Much of Defy is set in the deep jungle adding to the danger and mystery of the story. The book broke my heart in places and kept me flipping through the action in others. In the end I felt like the author made some choices that I hated and loved. Hated that they had to happen to the characters, but loved that everything wasn’t too fairytale ending for everybody.
Defy didn’t make it to my list of favorite books, but I do plan on reading the rest of the series when it comes out. You can find Defy here.