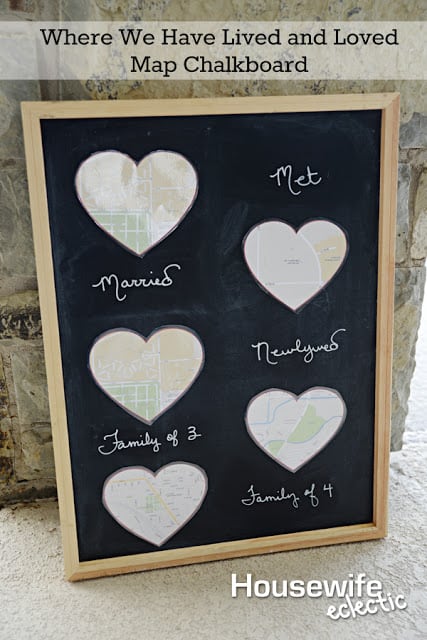 Look up each of the places you want to include on your chalkboard in Google Maps. Screenshot the map and then print out the screen shot. Use a heart shape, I like this one here, to trace around the part of the map that shows where you lived and cut the heart out. I then used a laminator to laminate each of the hearts so that in the future I can pull the hearts off and use the chalkboard for something else. If you want it to be a permanent piece, you can Mod Podge the hearts onto the chalkboard.  This is the laminator I have and I absolutely love it. It is so easy to use and I have used it for just about everything from Chore Charts to Paper Dolls. 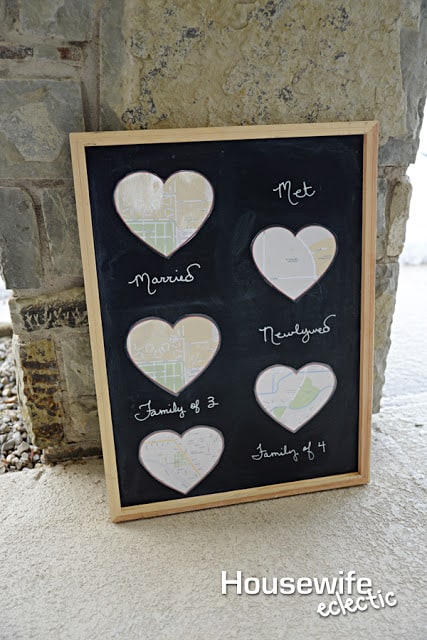 After the hearts are laminated, cut them out again. Tape the hearts to your chalkboard in whatever pattern you desire. Then using a chalk marker, add why that map is significant to you next to it. I highly recommend a chalk marker instead of just chalk because they give a cleaner finish than normal pieces of chalk do. 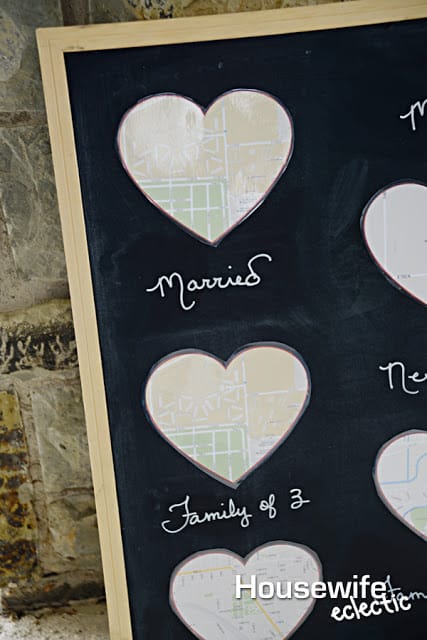 What maps would you include on your chalkboard?