Happy Independence Day! I hope you all are out enjoying patriotic celebrations and carefully lighting off fireworks. But, on the off chance you are checking in with Housewife Eclectic today, I wanted to make sure you had something to read.

For starters, let me apologize for missing a Wednesdays on the Web post last week. I was in the process of moving across the country. We’re now in our new location and are starting to resume some sense of normalcy.

Since it is Independence Day, I thought I’d share some 4th of July tidbits from around the web. We probably know what the Declaration of Independence is all about, but when was the last time you actually read it? Or have you never read it? Either way, it’s worthwhile reading again. You can get the text here.

Sign the Declaration of Independence
On the same site, you can also add your name to the list of signatures at the bottom of the document. This is kind of fun, even if the graphics are small and kind of cheesy.

First, you select your quill type. 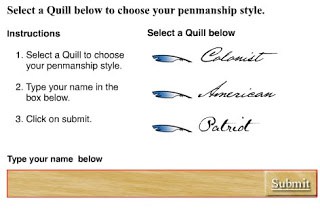 Next, you go to the bottom-left corner of the Declaration of Independence and add your John Hancock. You can even print it out when you’re finished, which is kind of cool. 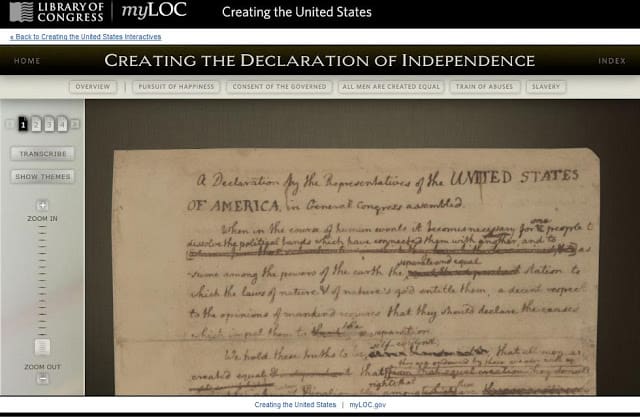 Once the player loads, you can zoom in and out of a virtual copy of the Declaration of Independence. You can read more information about different parts and even have it highlight themes for you. It’s a great way to explore this valuable document. 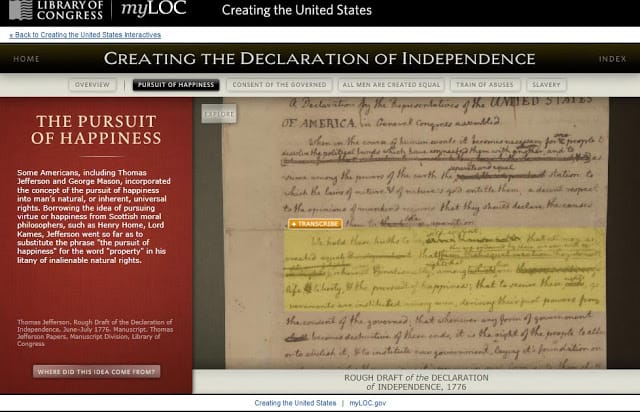 Watch Videos About the Declaration of Independence
Perhaps you’re not a big reader. Don’t worry, there are plenty of great videos from the History Channel that can get you up to speed.

Revolutionary War Resources
Last night, as I was showing my three-year-old daughter some pre-4th of July fireworks, I was trying to explain why we were shooting off fireworks and what the holiday is all about. It was pretty tough for her little mind to wrap itself around the history lesson I gave her and it made me think that many of our children probably don’t really know much about the break from England, even if they “learned” about it in school.

So, here are a couple more great resources about the Revolutionary War. 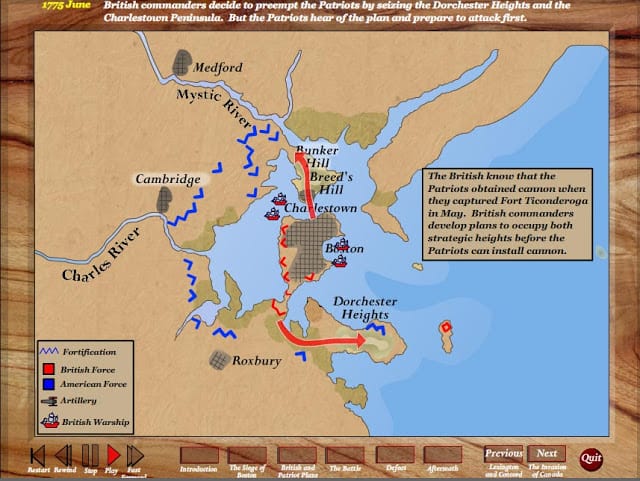 I’m a huge fan of the 4th of July and celebrating the things that make America great. As a history buff, I know that America truly is a unique nation in all of human history. We have been extraordinarily blessed with amazing freedoms and we should celebrate that.