Unfortunately, newspapers are starting to go the way of the wagon. They were great while they lasted, but they haven’t kept up with the times. While it’s sad to see printed versions of newspapers disappear, it’s also their own fault. They didn’t ride the technology wave, got behind and now can’t afford to compete with bloggers (victory for the little guys!). 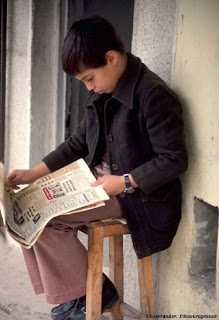 Personally, I love reading the news on my phone. It’s clean, fast, convenient and updated instantly – things no printed newspaper could ever dream of delivering. Still, there’s something special about holding a newspaper and seeing the front page with its large headlines and pictures. Today’s post is a tribute to newspapers.

First off, newspapers are one of the great contributions to democracy in this country. Our Founding Fathers knew that when a people can freely gain information without censorship by the government, they can be informed enough to govern themselves and prevent abuses by the government. Whether or not the press has lived up to their responsibilities or not is another issue entirely. Sadly, much of the world does not have a free press.

The website Newseum.org is dedicated to educating people about the power of news. It is a physical museum in Washington, D.C., but their website has some neat features as well. One of them is an interactive world map that shows which countries have freedom of the press and which don’t. Not surprisingly, the wealthiest countries tend to have a free press. 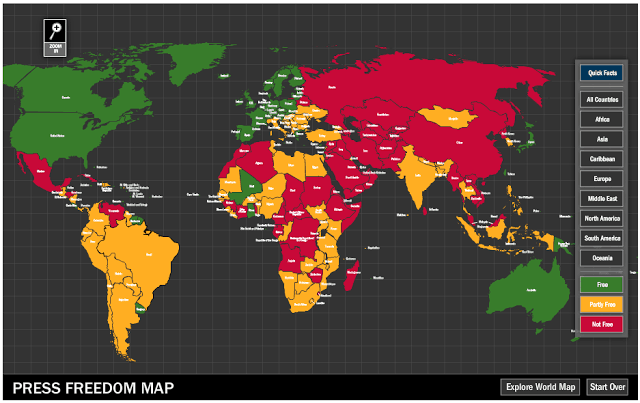 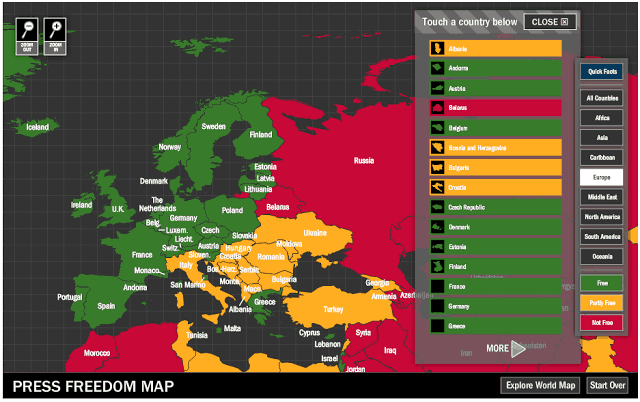 If you click on a country, you can learn more about the press in that country, which is rather interesting. 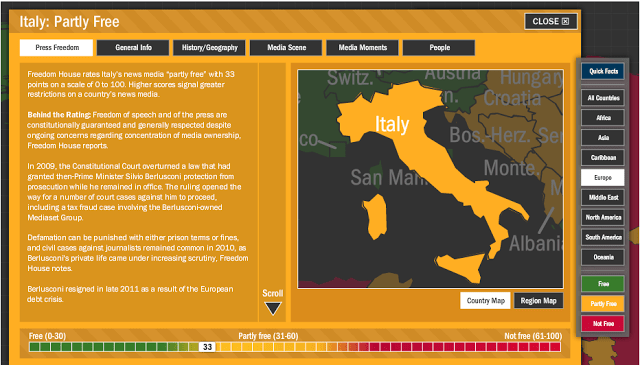 Newseum also highlights front pages from around the country and the world. If you go to their Today’s Front Pages section, you will see front pages listed in alphabetical order by state. Click on any page to get a full-size view. 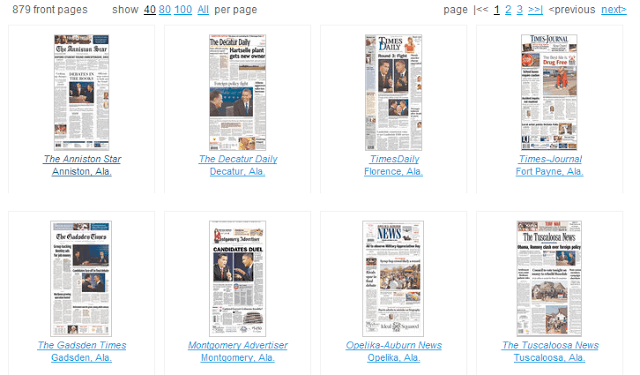 You can also filter the front pages by map, which is a quick and easy way to view headlines around the country. Not surprisingly, on a day after a presidential debate, nearly every front page was dominated by the coverage. 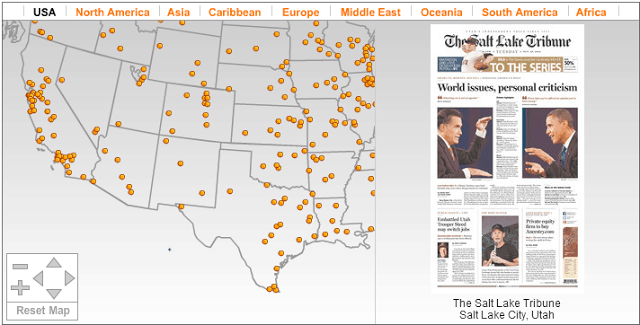 But Newseum doesn’t just cover the United States; you can view front pages from newspapers around the world. You may not be able to understand what they’re saying, but it’s still kind of fun to see what newspapers look like in foreign countries. 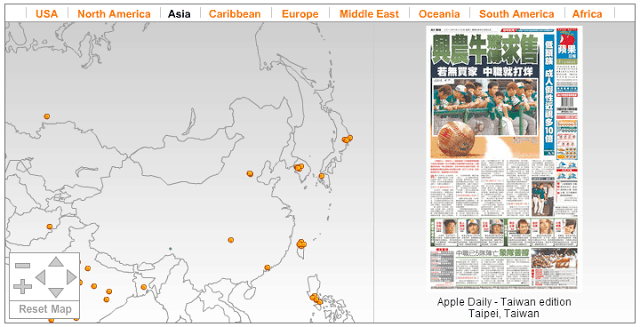 Even if you’re not a big news junkie, spend a little time on this site to see how different newspapers in different regions cover similar events. It is a small world after all.