If you’ve watched any amount of TV lately, you’ve probably heard a buzzword attached to nearly every technology commercial: “the cloud.”

This mystical, non-weather-related term is more than a fancy phrase though. It’s truthfully the future of how we use technology and is the great link between traditional computers and mobile devices.

In short, the cloud refers to the way users can upload files on their computer (documents, images, audio, video, etc) to certain websites which will store these files on their servers (powerful computers that store large amounts of data). Users can then access these files from anywhere with Internet access and from any type of device (computer, tablet, smart phone, etc).

Or think of it this way: the cloud is basically an online USB drive, but one you don’t have to remember to bring with you and you won’t lose it – a big fault of mine. When you upload your files to the cloud, you don’t have to worry about remembering your files or spend lots of time e-mailing files to yourself. This is especially important since most people have more than one computer and the line between work and home is increasingly blurred.

The long and short of it all is you need to make the transition to the cloud. It will make your life easier and give you peace of mind knowing your files are backed up in case of a computer crash. But which cloud service do you use?

When it comes to personal cloud storage, there are four major services:

Let’s examine the features of each. 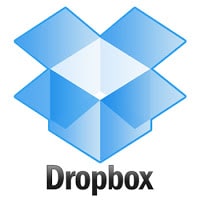 Probably the most popular cloud service, Dropbox is easy to use and extremely convenient. Once you’ve signed up for a free 2GB account, you will download a simple program that will install Dropbox on your computer. Once installed, Dropbox places a special Dropbox folder on your computer. To add a file to the Dropbox cloud, simply move a file to the Dropbox folder, just like you would add a file to any folder on the computer. This file is now available from any other computer.

The real power of Dropbox comes when you have it installed on multiple computers. If you place a file in your Dropbox folder on your desktop and then go to your laptop, that file is already there in the same Dropbox folder.

You can also login online and access your files from any computer, even if doesn’t have the Dropbox software installed. There is also a Dropbox app available for Android and iOS for accessing files on the go. 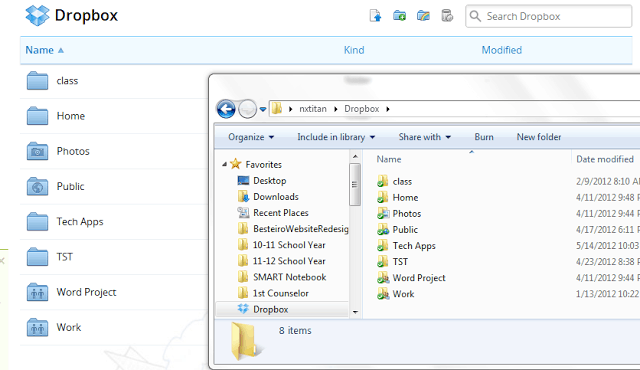 While Dropbox is a great service, it does have a few drawbacks (though admittedly minor). First, the online interface is unattractive and too open for comfort. However, the online interface is not the main focus of Dropbox. Secondly, you only get 2GB of storage space, which is the least among the four major services. However, you can earn up to 18GB by inviting other people to the service. Each time someone accepts, you and they will get an extra 500MB. Now that’s some good sharing. With that in mind, if you want to give Dropbox a try, use this link to sign up: http://db.tt/Xh1TWKHU. 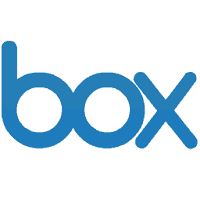 This service is my personal favorite and the one I use most. Unlike Dropbox, it does not have a handy desktop folder feature, but it makes up for it with more than twice the storage space. When you sign up for a free account you automatically get 5GB of storage. And if you install the Android or iOS app, you get upgraded to 50GB (at least, that was the case when I did it).

To save files to Box, go to www.box.com, login and press the Upload button.

Find your file and in a few seconds it’s uploaded. You can then organize files into folders and put folders within folders. 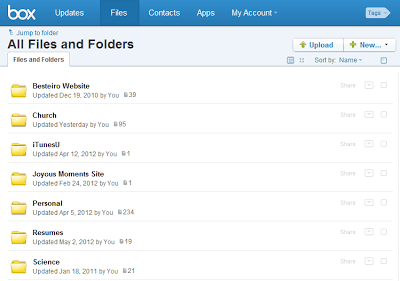 The great fun with Box is its extra features. For starters, you can share files or folders with whomever you wish (or keep it private). This makes collaboration very nice. For instance, you can share files with a friend if you’re collaborating on a project. Or, use this as a new and more efficient way of sharing files rather than e-mailing. I also like how you can embed files on websites. One of my favorite features is an e-mail to folder option, which gives a unique e-mail address to each folder. Then, you can e-mail any file directly to the folder.

If there are any downsides to Box, it would be the lack of a desktop folder, like Dropbox, but when you can claim up to 50GB of space that’s really pretty minor.

This was one of the first cloud services out there and really didn’t catch on until recently. When I first signed up, they offered 25GB of storage space. Now, they offer 7GB (but if you signed up before, you can keep your storage). SkyDrive is a Microsoft service and you sign in with your Windows Live ID. Like Dropbox and Box, you can upload your files for shared access. There are SkyDrive apps available on Android and iOS for this app as well. 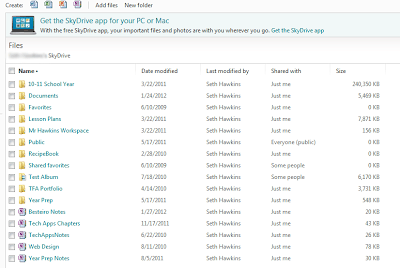 The cool part of SkyDrive, besides the 7GB, is the ability to create Microsoft Office files online and have those files automatically saved in SkyDrive. You can create Word, Excel, PowerPoint and OneNote files. With this kind of service, you can really do your work on the go. 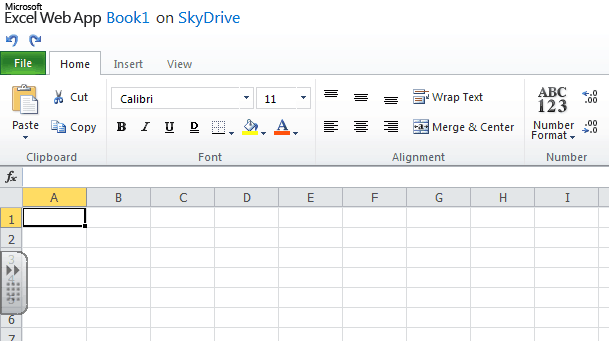 There really aren’t too many downsides to SkyDrive. Yes, the interface still feels kind of Hotmail-ish, but the mobile app interface is rather beautiful. I highly recommend SkyDrive. It’s the cloud service I’ve used the longest and it doesn’t get enough positive attention, so I’ll give it a good shout out. 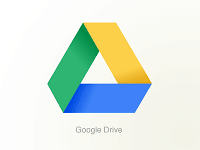 Surprisingly, Google is the newcomer on the block. Google has offered a cloud-type capability for years with Google Docs, but it wasn’t fully a cloud service until just recently. If you already have a Gmail account, you can quickly register for a Google Drive account which gives you 5GB of storage. If you already use Google Docs, all those files are added to your Google Drive account.

Google Drive is the best of Dropbox and SkyDrive. Like Dropbox, there is an application you can download that puts a special Google Drive folder on your computer. You can drag and drop files into this folder and they will sync online. You will also see all your Google Docs files on your computer, which is really nice because sometimes I forget what I have stored there. Like SkyDrive, you have access to document creation, including a word processor, spreadsheet, presentation, drawing and forms. 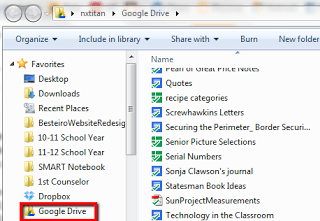 Google Drive is young so expect some kinks to be worked out over the next few months, but it’s a solid service and well worth the download.

So which one should you choose? If you’re like me, sign up for all of them. They are free and it never hurts to have all that cloud storage space. I find I use Box the most because it feels the most convenient and clean cut, plus I like their iOS app the best. The best way to discover which service meets your needs is to try them all. I’m sure you’ll get a winner and the best part is you will win because you will always have your files with you. I’ll see you in the cloud.