Last week, when I introduced my family’s change to clean eating, I received a lot of positive feedback and even more questions about how to go about it doing it.

Perhaps the biggest obstacle in many peoples’ minds (besides the obvious change of diet) is the cost. Anybody who has been on any sort of a diet is used to an associated price tag – usually quite large. I used to be a champion of the phrase, “Yeah, eating healthy is great and all, but healthy food is so expensive!”

For the past month, as we have worked on phasing out the junk and bringing in the good, we have watched our grocery bill go down each week. 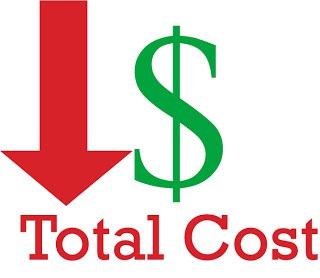 Wait, what? Did I just read that right?

Yes. Down. And this is after it steadily crept up for the past few months as my daughter’s pickiness about junk food increased.

As my husband and I thought about how this could be, we were baffled at first. Every other time we’d tried to eat healthier, our grocery budget went through the roof. This time it didn’t. It wasn’t because we were buying less either, because our cart was fuller than I can ever remember.

After really breaking it down, we found the difference. When we went on healthy kicks in the past, we were buying all the same stuff as before AND adding all the healthy stuff. Of course that’s going to add up. This time, we are cutting out the bad stuff and REPLACING it with healthy stuff. It’s a whole change of diet AND shopping list.

OK, so that’s starting to make more sense, but we’re not comparing apples and apples here, right? True. We’re comparing apples and fruit snacks. Before we started clean eating, I didn’t think twice about tossing in a box of fruit snacks for my daughter. These can run anywhere from $2 to $4, depending on brand, variety, etc. But, when we passed the apples and they were $1.23/lb., well, that was just too much. I don’t think I’m alone in thinking that way either. For some reason, we have this aversion to paying for good foods, but have no problem dropping money on treats.

Maybe it’s because treats have a psychological aspect of being special. Perhaps it stems from the idea that fruits and vegetables grow naturally, so why pay so much for them? But once you get over that mental block, the budget balances out to the healthier side.

Two pounds of apples is a sizable bag of apples and will probably last a week for a small family or a few kids. Grand total? $2.46. The fruit snack total? About the same, or more. Hmm, so that wasn’t too bad.

Where we live, we’re fortunate to get a good deal on strawberries, so I get them every week. As I’ve focused on purging the junk out of my system, I’ve started purchasing two packs. Yikes, that’s so expensive, right? It comes to about $4, or about the cost of a half gallon of ice cream – on sale.

It’s all about replacing. You cannot eat the junk AND buy the healthy foods because when push comes to shove, you’re going to eat the junk in your house because it’s sweet and salty and convenient – even if you have plenty of good food in your refrigerator.

So what do you replace and with what? That’s a tough one because it comes down to a matter of personal likes and dislikes. But here are a few replacements we have made.

As you can see, the replacements are pretty good foods and things kids and adults like to eat, but we don’t think about them because the junk food is so much more accessible. A savings of $3.60 isn’t all that dramatic, but this was a basic example and even at that it goes to show that it doesn’t cost more to eat healthy as long as you replace rather than add.

HOW TO GET STARTED
The best way to start replacing is to write a list of all the junk foods your family purchases each week. Then, next to each item, write down a healthy replacement that you would actually eat. That is so key. Do not bother replacing it if you won’t eat it because you’ll find yourself sneaking in other junk foods to compensate. Trust me, been there.

Now that you have a list, go to the store and give it a whirl. It will take a conscious effort to go to those foods and you’ll probably catch yourself more than once opening the pantry looking for the bag of potato chips, but the absence of the bag will remind you to open the refrigerator and grab something healthy.